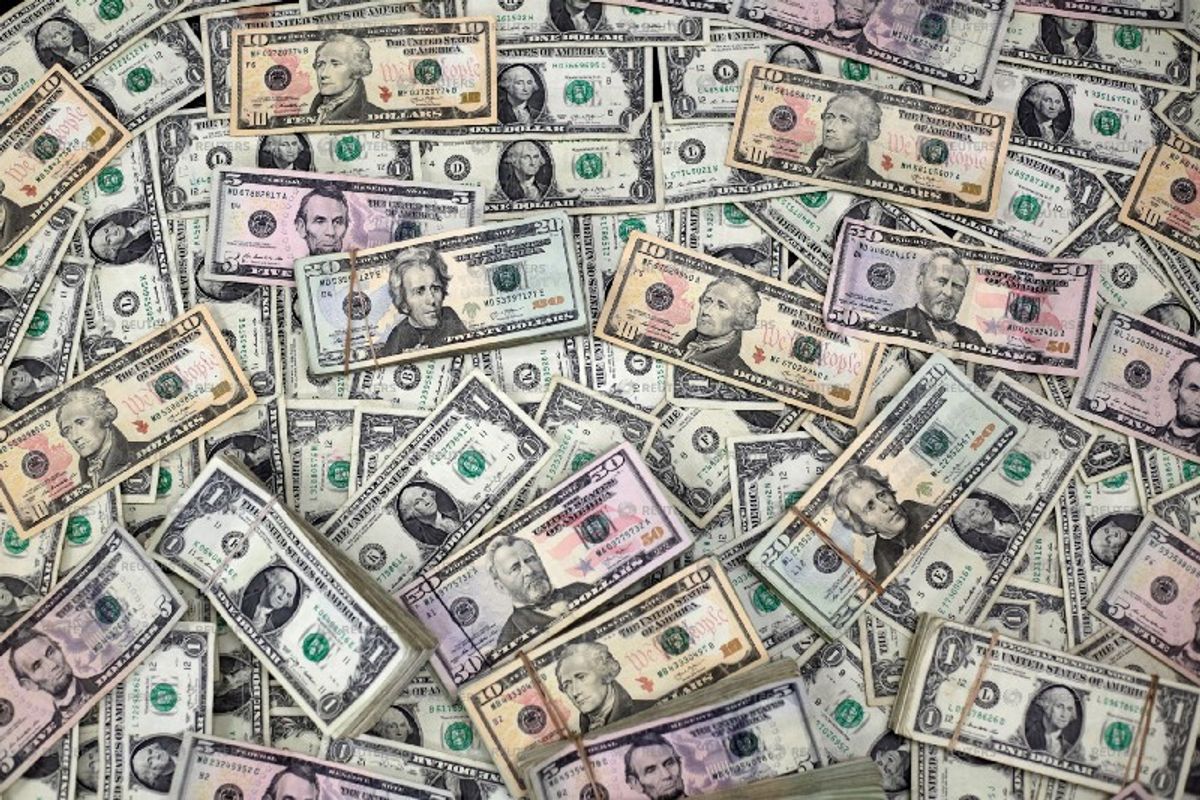 The world cannot accept the US as a global “economic policeman,” declared France’s foreign minister, commenting on the Trump administration’s decision to withdraw from the Iran deal and reimpose harsh US sanctions on any companies that do business with Tehran.

US power may not be what it once was, as Willis wrote last week, but US dominance of the global financial system is one area where Washington still rules the roost. Some two-thirds of international trade and lending is done in dollars, according to the Bank for International Settlements. A similar percentage of governments’ global reserves are held in greenbacks.

Now, if you want to do business in dollars without shuttling them around in briefcases or keeping them stuffed in your mattress, you’ll have to deal at some stage with US correspondent banks. And that’s where Washington can put you over a barrel, by threatening to cut you off from the US financial system if you violate sanctions. That’s precisely what the Iran sanctions do.

European leaders have proposed legislation to deflect the impact of US sanctions, but few CEOs are likely to bet their firms on that. Exclusion from the US financial system would have an immediate and crippling impact, while lawyering it all out could take years. If the US wants to play hardball, then it’s a world of hurt for European companies, which are all deeply entwined with the US financial system.

Over the longer term, of course, alternatives to the dollar-based international financial structure may gain momentum. The Euro accounts for about a fifth of global reserves and lending. But breaking the bond with the US would be extremely costly today.

Beijing, for its part, is keen to boost the renminbi as an international reserve and transactions currency, but only a fraction of non-Chinese trade is RMB-denominated and international RMB reserves remain miniscule. Various governments are also experimenting with sovereign cryptocurrencies as a way to get around US financial system and sanctions, but these bids are in their infancy.

For now, whether the French (or others) can accept it or not, the dollar’s dominance still gives Washington tremendous leverage over friends and foes alike.

As global leaders turn their attention to the 75th anniversary of the United Nations and the 2020 General Assembly, GZERO Media offers a look back at one of the greatest diplomatic mysteries of the 20th century. The UN's second Secretary-General Dag Hammarskjöld's mysterious death in 1961, while on a mission to Congo, is the subject of a new book by investigative correspondent and New York Times correspondent Ravi Somaiya. It has the twists and turns of a Tom Clancy novel.