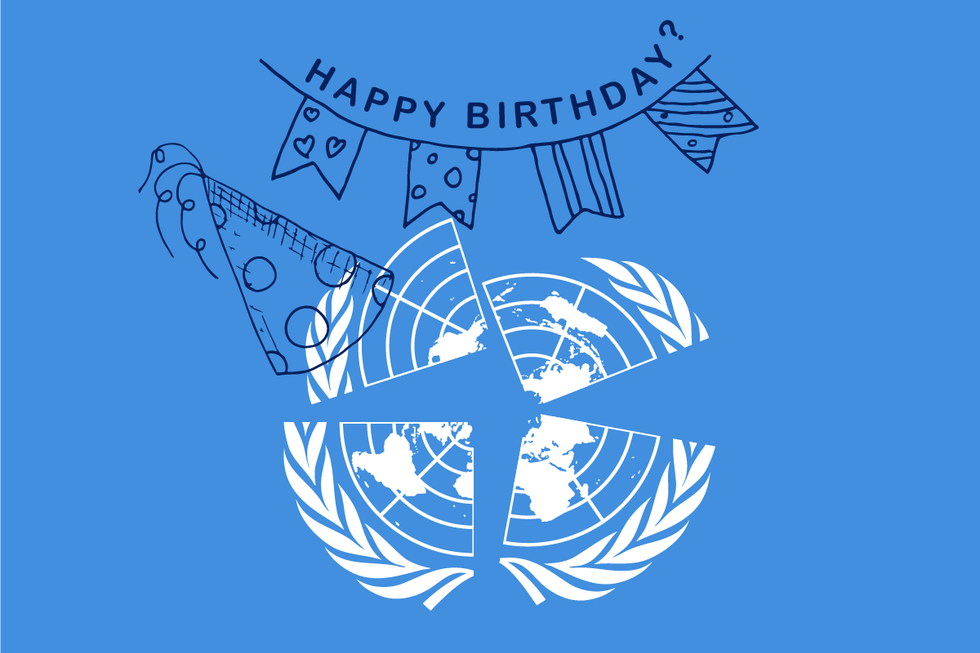 This Friday marks 75 years since the signing of the United Nations charter, a document that established the biggest and longest-lived experiment in global political cooperation in modern history.

But the organization celebrates this milestone at a time of uncertainty about whether it is still fit for purpose in the 21st century — and not only because of the critical global challenge of the coronavirus pandemic.

First, the good news. The UN has much to be proud of. Its programs help hundreds of millions of people to ward off hunger, poverty, and violence. It's the leading platform for the fight against climate change and its refugee agencies care for almost 60 million of the most vulnerable people around the world. UN observers help to ensure free and fair elections, and its peacekeepers intervene where few countries would do so alone. And without the Non-Proliferation Treaty, many more countries today would have deadly nuclear weapons.

But on the other hand, it's hard to think of a major international crisis that the UN Security Council — the UN's most powerful body — has resolved since the 1991 Gulf War. The Council is too often a stage for rivals like the US, Russia and China to simply veto each other's initiatives. It was unable to prevent genocides in Rwanda, Darfur and more recently Myanmar, and powerless to restrain the 2003 US invasion of Iraq or Russia's annexation of Crimea a decade later. It did almost nothing on Syria.

So here are three big questions that the UN will need to resolve in the coming years.

First, does power at the UN reflect today's world? In some ways, the organization is still stuck in 1945: France and the UK remain permanent members of the Security Council, which has only one permanent member from Asia (China), and none from Africa the Middle East or Latin America.

Second, who's going to pay for the UN? The UN's regular budget is covered by mandatory contributions from all member states, but most UN agencies rely on voluntary contributions. This discretionary funding was already at high risk, and it's likely to decline even more as coronavirus clobbers national budgets. UN agencies will have to find the money elsewhere.

Third, will COVID-19 help or hurt the UN? On the one hand, a global public health crisis underscores the importance of precisely the kind of international cooperation that the UN is meant to foster. And as the pandemic deepens throughout the developing world, the UN will play a big role in managing the twin public health and economic impacts there.

However, the coronavirus is also heightening major countries' inclination to turn inward. The US, in a deepening rivalry with China, has already cut funding for the World Health Organization — a UN agency — over complaints that it's too cozy with Beijing. Will the pandemic and its aftermath empower political forces that favor cooperation or nationalism?

Happy Birthday, but… Three-quarters of a century on from its founding, the United Nations is at a potentially major turning point. As they blow out those 75 candles, what should the UN wish for?