Trump walks out on WHO(m)? 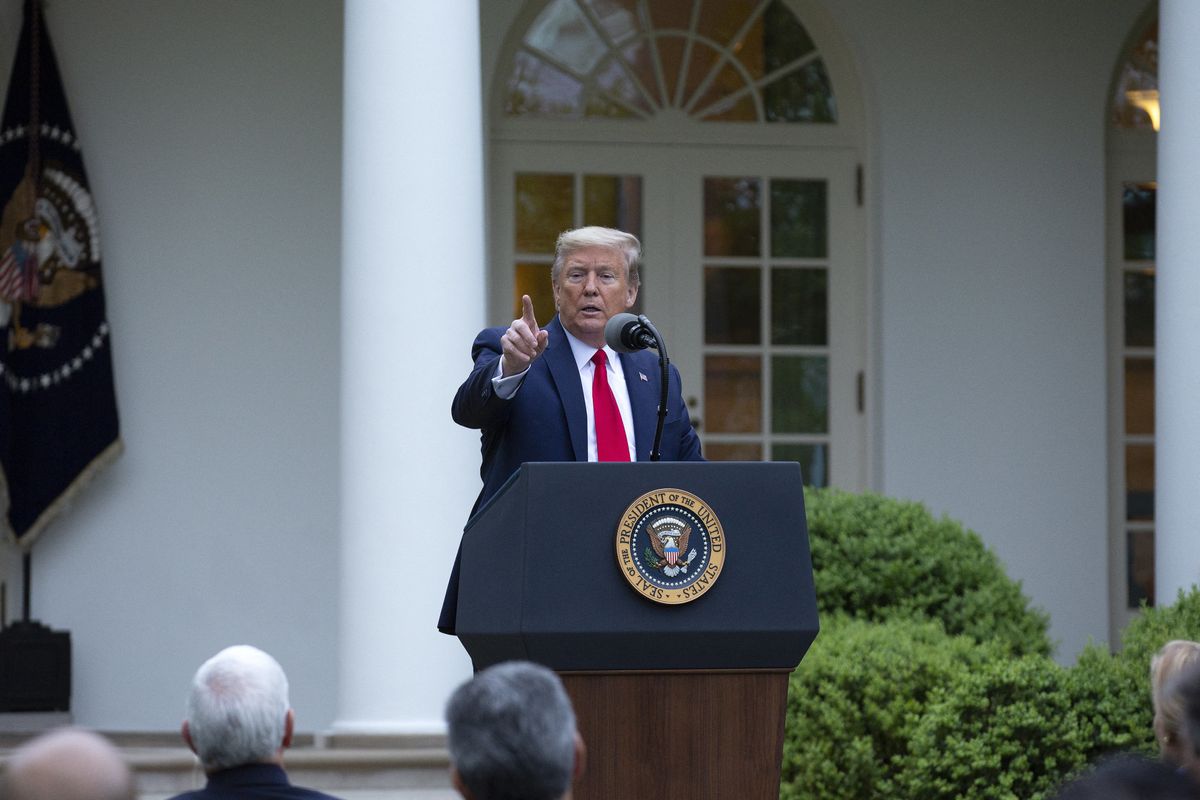 Right smack in the middle of the biggest global health crisis in 100 years, US President Donald Trump has announced that the United States is cutting ties to the World Health Organization, the 194-member UN-affiliate that coordinates public health policy among its members.

The move isn't entirely a surprise. In recent weeks, the Trump administration has issued several threats to walk out of the WHO, over what the White House sees as the organization's undue deference to China during the coronavirus crisis.

Why does the US move matter?

The US is by far the largest single funder of the 194-member World Health Organization, contributing as much as $500 million every two years in dues and voluntary contributions. Losing that funding will severely complicate the W.H.O's ability to operate -- not only on coronavirus, but on the myriad other public health and disease-eradication programs it oversees around the world.

Why is Trump doing it?

First, there are important and legitimate questions about whether the WHO was too credulous of China's early claims, and whether it moved too slowly to declare a global pandemic. The WHO, for its part, says it has limited leverage over individual nation-states anyway, and that it has always acted in line with the available data. We recently weighed the pros and cons of Trump's bare-knuckled approach to the WHO here.

Second, there's a US-China angle.The Trump administration, with significant bipartisan support, sees China as a global rival these days. One big beef is China's growing clout at UN-affiliated international organizations. By cutting off the WHO, even for two or three months, Washington is sending Beijing a message that it's willing to play hardball with organizations that seem to cut China slack.

But this can backfire too: when the US pulls back from these organizations, China gets a bigger vacuum to fill. And walking out on the WHO right in the middle of a pandemic seems... questionable. After all, on the same day that Trump recently threatened to cut funding for the WHO, Chinese president Xi Jinping pledged $2bn to support coronavirus-containment efforts in developing countries.

Third, there's a domestic political angle. Trump knows that the coronavirus pandemic has hurt his chances of re-election -- his critics say that's because he's bungled the public health response, while he's mainly worried about the economic effects of the lockdowns. Trump knows that hitting out at China is good politics, not only with his base but with a broadening swath of Americans who view China with suspicion. Trump's move here comes right as Senate GOP bigwigs are advancing their own investigations into the WHO and China.

Fourth, perhaps most importantly, it's worth remembering that the virus itself doesn't care what Trump thinks of the WHO. For Trump to really make political hay out of this, he has to be reasonably confident that the US is moving past the "peak" of coronavirus deaths. If the public health crisis takes another turn for the worse, that will overshadow any political benefit to him and his re-election campaign.

Next up: China's response. Stay tuned...

EDITOR'S NOTE: This piece was updated on May 29 2020 to lead with President Trump's declaration about leaving the World Health Organization.