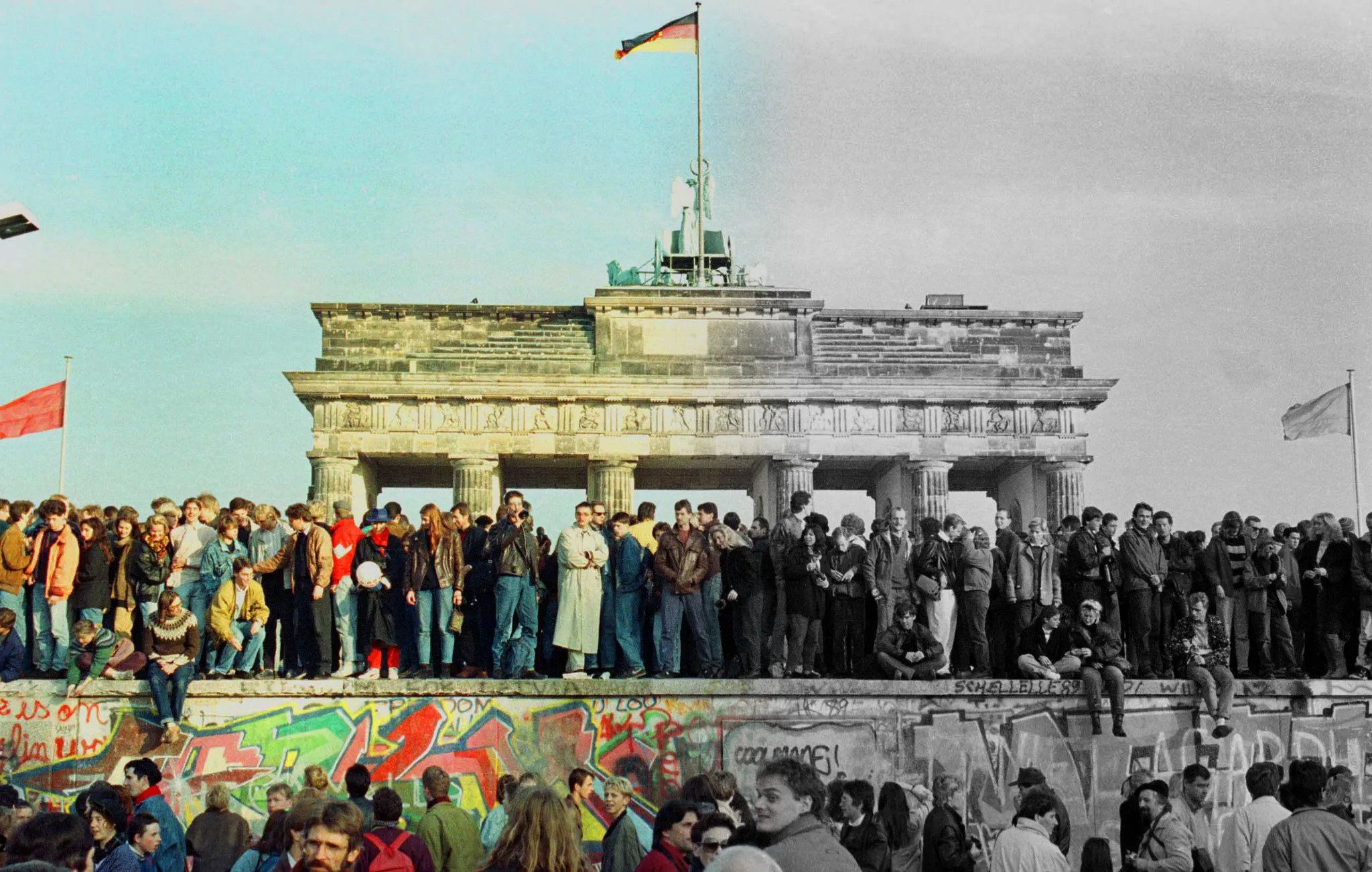 Wealth gap. Though much progress has been made in expanding economic prosperity in the post-unification era, former West Germany generally remains wealthier than the former East. Research shows that Eastern states continue to lag behind on unemployment and productivity.

Indeed, a 2019 government report on the "status of German unity" (2018 report in English can be read here) confirms that wage earners in the East generally earn less, while their risk of falling into poverty is about 25 percent higher. (It's worth noting that excluding Berlin, 12.5 million people live in the former East, while more than 66 million Germans live in the former West.)

Lack of opportunity breeds resentment. Inequality and lack of opportunity have created a sentiment of disillusionment among many East Germans who feel less optimistic about their financial prospects and ability to thrive. A recent Pew poll found that 42 percent of East Germans say that their children will be better off financially than they themselves were, compared to 50 percent of West Germans who said the same.

Indeed, in recent years, many East Germans have expressed resentment at having not reaped the rewards of reunification, which, in turn, has given renewed emphasis to identity politics within that part of the country.

Far-right support surges in the East. The unequal state of play has led many East Germans to pin their hopes on far-right political parties — like the populist Alternative for Germany (AfD), the largest opposition party in the Bundestag, — that seek to exploit public disgruntlement over the economic challenges many have endured in recent years to expand their political cause.

And it's working. For years, the far right has been gaining steam in the former East. For example, in state elections held last year in Thuringia, the AfD won 23 percent of the vote, up 13 points from 2014. The far right's illiberal and anti-immigrant views also resonated with economically disadvantaged voters in places like Saxony and Lusatia, helping the AfD secure several victories across the former East.

Education: an equalizing force? While East Germans tend to be less optimistic than West Germans about the education system, analysis shows that schools in most eastern states outperform students at West German institutions in areas like math, biology, and chemistry.

Chancellor Angela Merkel, Germany's long-serving leader and a former scientist is herself a symbol of what has been achieved by reunification: Growing up in the former East — where her family had to dodge the Stasi (secret police) — Merkel rose through the ranks to become one of Germany's — and Europe's —most consequential leaders.

Looking ahead. Chancellor Merkel and her centrist coalition received a boost in the polls in recent months, buoyed by widespread approval of her government's handling of the coronavirus pandemic. But if a "second wave" comes in the winter, and unemployment rises, the AfD may get a new opening to exploit that discontent to exacerbate existing East-West divides.

Why did Italy's PM resign in the middle of a crisis?

When Italy's Prime Minister Giuseppe Conte resigned Tuesday — plunging the country into chaos as it faces once-in-a-generation public health and economic crises — he became the fourteenth Italian to vacate the prime ministership in three decades. (For contrast, Germany has only had three chancellors since 1982, and France has had five presidents.)

But Conte, who had no previous political experience until he was tapped for the top job in 2018, is not so much throwing in the towel as he is taking a massive gamble that President Sergio Mattarella will again appoint him to head Conte's third coalition government in less than three years.

The recent dysfunction is unique even within the context of instability-prone Italian politics. How did Italy get here, and what might come next?

Ian Bremmer shares his perspective on global politics on this week's World In (More Than) 60 Seconds:

What did you think of Xi Jinping's speech at the virtual World Economic Forum?

Well, his last speech at the real World Economic Forum in Davos, I remember being there four years ago, and given that Trump had just been elected, Xi Jinping gives this big, "We want to stand up and be leaders while the Americans are doing America first." And generally speaking, was probably the most important speech of the week. People liked it. This is a pretty different environment, not so much because Trump has gone, but rather because support and belief in Xi Jinping is pretty low. I will say one thing that was generally well responded to was the call not to enter into a new Cold War. Anybody in the business community generally supports that. There's so much integration and interdependence between the US and the Chinese economies that when Xi Jinping says, "We need to find ways to continue to work together," I mean, this is the pro-globalization audience he's speaking to. They generally agree. But otherwise, the message fell pretty flat. So, the idea that China is going to be globally useful on issues of leadership, especially when it comes to anything that might threaten Beijing's sovereignty, they check global norms at the door. And a few examples of that, when Xi called for support for the rules-based international order, that's in obvious contrast with China's violation of the one country, two systems framework in Hong Kong. And they said, "Well, that's a domestic issue." Well, actually that's not what your agreement was with the British handover. And just because you're more powerful doesn't mean that norm doesn't matter anymore.

Over the weekend, some 40,000 people in Moscow and thousands more across Russia braved subzero temperatures to turn out in the streets in support of imprisoned Kremlin critic Alexei Navalny. More than 3,000 protesters were arrested, and Navalny called on his followers to prepare for more action in the coming weeks.

But just who is Alexei Navalny, and how significant is the threat that he may pose to Vladimir Putin's stranglehold on power in Russia?

Angry farmers take Indian fort: In a major and violent escalation of ongoing protests over new agriculture laws, thousands of Indian farmers broke through police barricades and stormed the historic Red Fort in New Delhi on Tuesday. At least one protester died in the chaos, while the government shut down internet service in parts of the capital. Farmers and the government are still deadlocked over the new laws, which liberalize agriculture markets in ways that farmers fear will undercut their livelihoods. The government has offered to suspend implementation for 18 months, but the farmers unions are pushing for a complete repeal. Given that some 60 percent of India's population works in agriculture, the standoff has become a major political test for the government of Prime Minister Narendra Modi's ruling BJP party.

Japan’s role in the global response to COVID-19

Why did Italy's PM resign in the middle of a crisis?