What's going on with the far right in Germany? 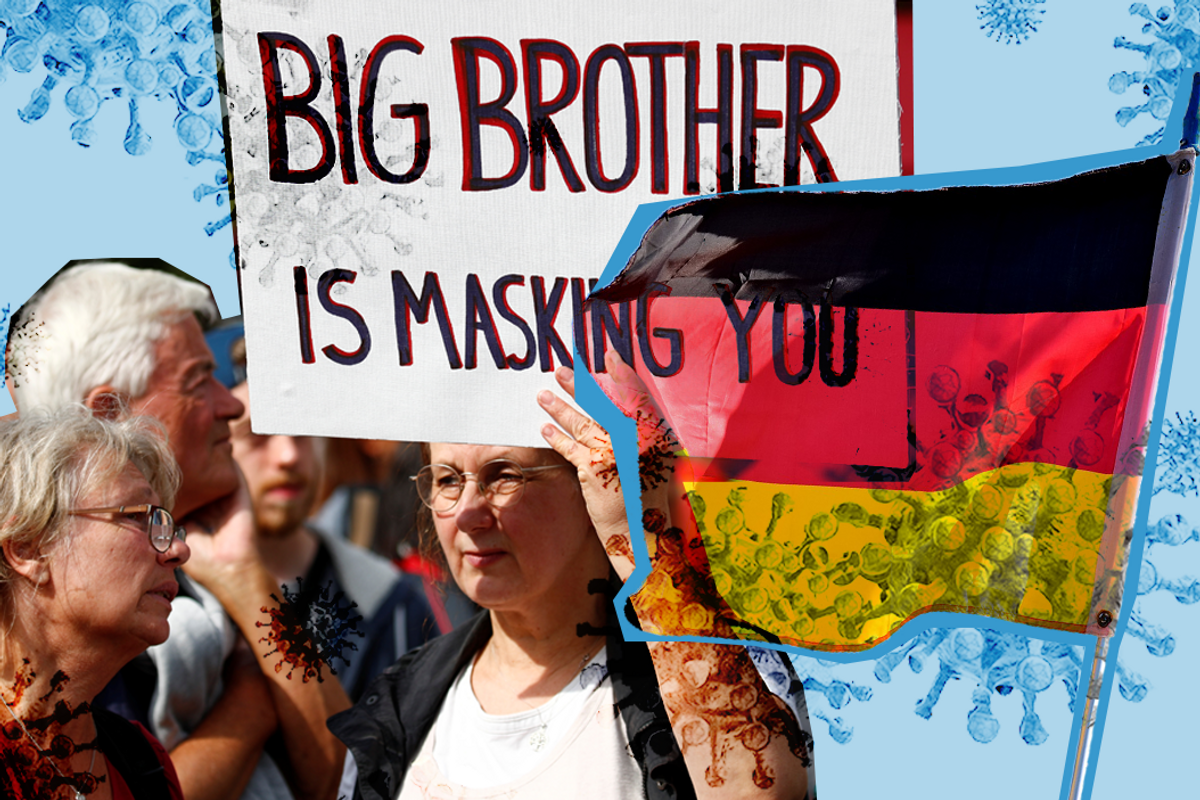 A few days ago, despite an ongoing pandemic, nearly 40,000 people poured into the streets of Berlin to express outrage at the government's handling of the crisis. Some of them called on Putin and Trump to "liberate" the country.

Many observers have since interpreted the mass protests as a show of strength by Germany's far-right movement, particularly the populist Alternative for Germany party (AfD), the largest opposition party in the Bundestag that triumphed in the 2017 national elections. But is this really a sign of the growing prominence of the far right, or are there other dynamics at play?

Who's marching? While some AfD members have made a splash in attending the recent demonstrations, anecdotal evidence suggests that they are simply one faction of a motley crew made up of pandemic denialists, anti-vaxxers, far-right agitators, libertarians, nationalists, and affiliates of the Reichsbürger movement, which claims that the German government created after World War II is illegitimate.

While the focus of their ire includes mandatory mask-wearing and restrictions on movement, what really unites the group is mutual outrage at the political establishment that governs Germany.

Why is the AfD making noise like this right now? The AfD has been on its back foot lately, in part because of Angela Merkel's effective (and popular) leadership during the pandemic, and in part because of infighting within the AfD. Its national support fell to 9 percent this summer, down from 14 percent earlier this year.

Internal power struggles, combined with the German intelligence agency's symbolic decisions to classify part of the party as "extremist" — and place its leaders under surveillance — have caused a crisis of faith for the party, long deemed a potent political force within German politics. (Consider that nearly 50 percent of Germans polled in February said they think the AfD would form part of the government by 2030.)

Additionally, Germany has done an objectively decent job at mitigating the spread of infection compared to many other countries. As a result, most restrictions have already been lifted. Therefore, the far right's twin warning of an ongoing government crackdown on civil liberties and of a country in disarray, is failing to resonate across the political spectrum. Indeed, the AfD's overtures to populist fringe groups currently hogging the spotlight likely reflects the party's underlying anxiety about Germans' diminishing appetite for its extreme nationalist agenda.

Is any of it working? The answer is mixed. While the AfD has experienced only a marginal bump in the polls over the summer months (one percent), anti-government sentiment is having some effect on policy.

For instance, despite a rise in coronavirus cases in recent weeks that have sparked fear of a second wave of infection, Germany's health minister ruled out another nationwide lockdown, and said that the government would have done things "differently" this past spring, striking a better balance between health and safety, and personal freedoms.

But the biggest challenge is that Germans overwhelmingly support what Merkel (who is a trained scientist) is doing. Only one in 10 Germans say they oppose virus prevention measures like mask-wearing, and support for Chancellor Merkel, which waned in recent years as populist sentiment swept parts of the country, has skyrocketed to 86 percent.

What's next for Germany? Germany's federal elections are only a year away, and the race to replace Angela Merkel, the country's second-longest serving chancellor, will surely ramp up in the near term.

The German government has managed to keep COVID-19 deaths relatively low, thus allowing schools to reopen, while also pumping millions into financial aid programs. But if a second wave of coronavirus comes in the winter, and unemployment surges, the AfD may get a new opening to exploit that discontent to boost its prospects.