Why voting by mail in US swing states could go wrong 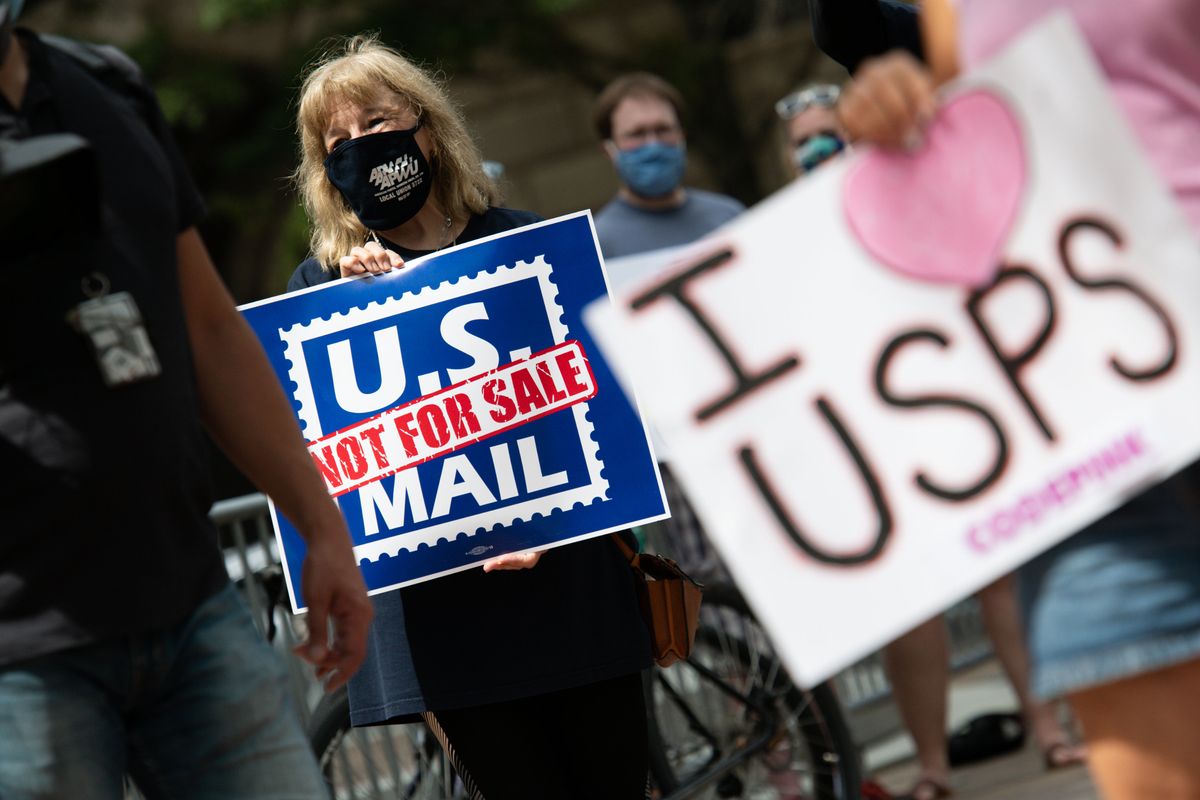 Last week, Democrats made the case for Joe Biden to become the next occupant of the White House. Now it's the Republicans' turn to convince the US electorate to give President Trump a second term.

With Biden still leading in national polls, Trump has to win a handful of the key battleground states that swept him to electoral college victory in 2016. The twist is that he'll need to do that in an election where the proportion of mail-in ballots is expected to soar amid the coronavirus pandemic. How might that play out?

Swing states are in the mail. In 2016, Trump beat Hillary Clinton by less than 2 percent of the vote in four swing states: Florida, Michigan, Pennsylvania and Wisconsin. Residents in all of those states say they are much more likely to vote by mail this year due to COVID-19.

For an idea of how that could go, consider that in the primaries this year, officials in Michigan, Pennsylvania and Wisconsin — where Trump's razor-thin margin was roughly a total 80,000 votes — discarded more than 60,000 ballots due to missed deadlines or other violations, according to the Washington Post.

Voting by mail has become a deeply polarized issue. While absentee or mail-in voters are traditionally Republican, this year it's the Democrats (the majority of which tend to vote on Election Day) who are pushing for states to allow mass voting by mail. Much of the GOP — following Trump's own unsubstantiated claims — now say mail-in voting would encourage fraud. (Never mind that Trump himself is voting by mail after the lifelong New Yorker became a Florida resident last year).

Meanwhile, the US Postal Service, which must deliver mail-in ballots before the myriad different state deadlines, is stuck in a partisan tug-of-war over funding to ensure the envelopes arrive in time. Democrats – who proposed the funds — are particularly concerned, especially since Trump hinted that he'd be happy to see the USPS starved of the resources it needs to make mail-in voting doable if Democrats continue to hold up the next coronavirus stimulus bill.

Both sides worry about a worst-case scenario in which one candidate looks like he's won on election night, only to lose as mail-in votes are counted in swing states with slim margins. If that loser is Trump — who has railed against mail-in voting and already hinted that he won't accept a loss — a deep political crisis could be at hand.

All of this means that an election whose outcome and basic legitimacy will likely be more bitterly contested than that of any other vote in modern American history, is hinging in many ways on the mail. And with even standard election infrastructure looking creaky in the battleground states, it's possible that a close election won't get decided for days, weeks, or even months, fueling mistrust in the credibility of the election itself.

Of course, it wouldn't be the first time that a modern US presidential election is contested. But what happened in Florida in 2000 — when the Supreme Court controversially decided the election in George W. Bush's favor after several weeks of pondering "hanging chads" — will look like child's play by comparison.