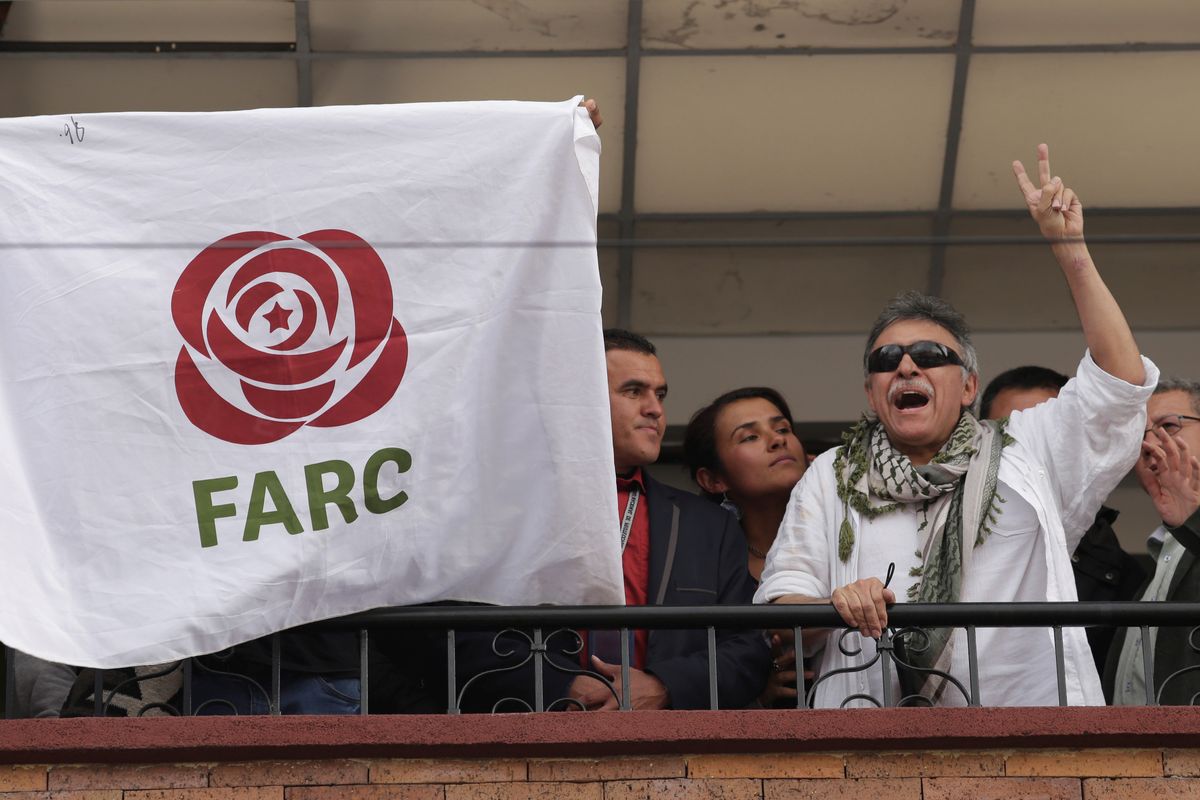 Iran – There's a lot going on with Iran this week. The UN's atomic watchdog (great band name!) said Monday that Iran has accelerated production of low enriched uranium, which brings the country closer to violating the Iran nuclear agreement. Then, during a press conference with his German counterpart, Iranian foreign minister Mohammad Javad Zarif issued an uncharacteristically blunt threat, warning that the US "cannot expect to stay safe" after launching what he called an "economic war against Iran." Finally, Japanese Prime Minister Shinzo Abe arrives in Iran today, with Trump's blessing, to try to ease growing tensions and find some basis for talks that might lead to a new US-Iran nuclear deal.

Rebels rearming in Colombia – Just two years after a landmark peace deal between the government and the leftist FARC insurgency, thousands of rebels who laid down their weapons are taking up arms again. They are frustrated at the slow pace of economic and security improvements, particularly in rural areas, that the government pledged as part of the peace accord. Rightwing President Ivan Duque recently failed in his bid to revise the peace agreement, which he sees as too lenient. But unless the government can better deliver the benefits of peace, the deal may fall apart on its own.

European tech firms cutting the world in half – Amid deepening trade and technology rivalry between the US and China, two of Europe's leading technology firms — Nokia and Ericsson — might create separate units for the Eastern and Western hemispheres, according to a report by The Sunday Telegraph. Details are murky, but the idea seems to be to shield the "Western" parts of their businesses from any concerns arising from the "Eastern" units' activities in China, while at the same time protecting the "Eastern" businesses from getting caught in the crossfire between Beijing and the West. Here's how the decoupling of Chinese and Western firms could play out for the tech sector. And here's how it could hit you in the wallet.

What We Are Ignoring

Piranha Executions in North Korea – A British tabloid claims that Kim Jong-un has executed a suspected coup plotter by slashing him with a knife and tossing him into a tank filled with Brazilian piranhas to be devoured. We are ignoring this because the article is a little fishy, so to speak, and because although Kim's brutal streak is well known, we are old enough to remember the last incorrect reports about Pyongyang purges and executions… from last week. As a side note, we think the piranha gets an unjustly bad reputation, but judge for yourself.