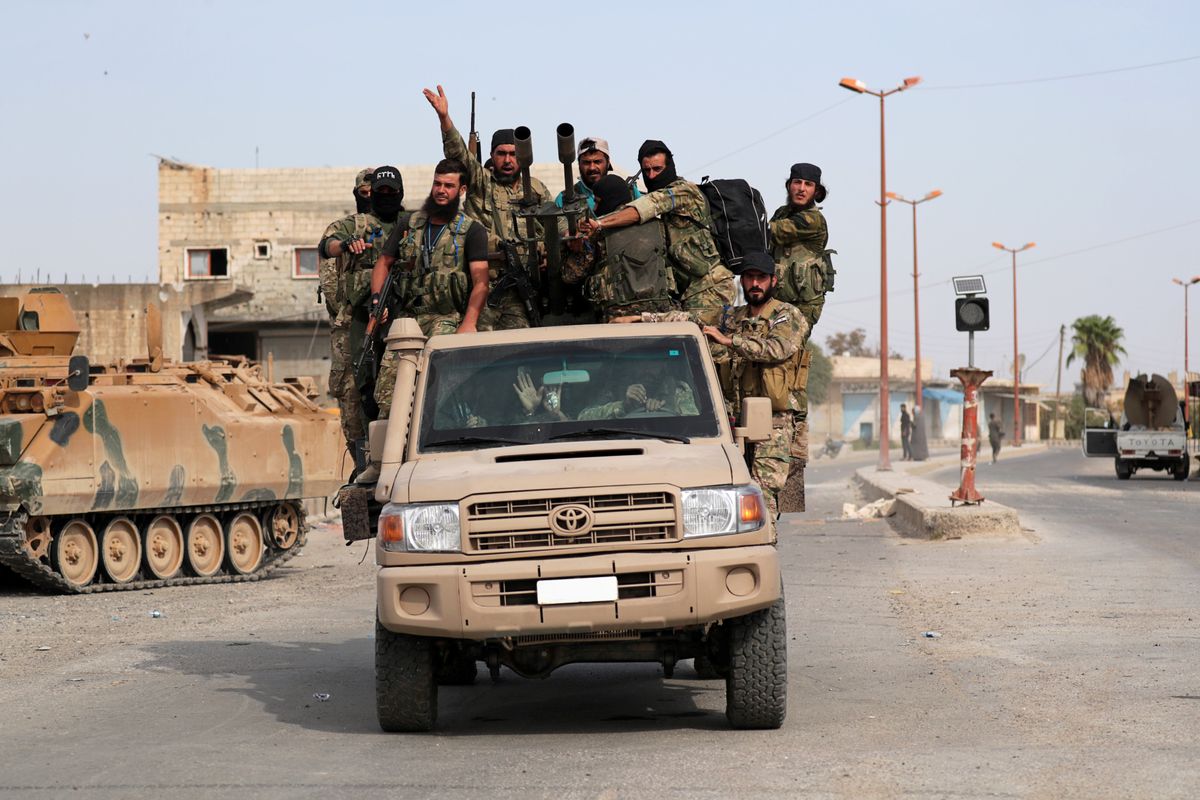 Dangerous Chaos in Syria – Turkey's military move into northern Syria had two stated goals: to push Kurdish fighters inside Syria further from Turkey's border and to create a "safe zone" inside Syria in which Turkey could place up to two million Syrian refugees currently living in camps inside Turkey. But the Kurds have now allied with Syria's army, which is backed by Russia, and these forces are now moving north into that same territory toward Turkish troops and Arab militias backed by Ankara. Meanwhile, large numbers of ISIS fighters and their families have escaped prisons where Kurds had held them captive. Turkey's President Erdogan vows to press ahead with his operation until "ultimate victory is achieved." Pandora's Box is now wide open.

Orban's Urban Rebuke – Viktor Orban's Fidesz party outperformed all others in Sunday's local elections across Hungary, but opposition candidates made headlines by winning control of Budapest, the country's capital, and ten of Hungary's 23 large cities. The fiercely nationalistic Orban, who prides himself on building an "illiberal democracy," remains hugely popular in rural areas, and we're watching to see if he responds to this setback in the cities by tightening his grip on the country's media and pushing for changes to Hungary's constitution to further centralize power. We're also watching to see how an emboldened opposition might respond.

Ecuador's Lingering Money Problems – In a deal to end nearly two weeks of violent protests, the Ecuadoran government agreed late Sunday to cancel cuts to fuel subsidies. The protests began after President Lenin Moreno ordered the government to stop subsidizing gasoline and diesel sales as part of a plan to stabilize Ecuador's finances by securing $4 billion in emergency funding from the International Monetary Fund. Protesters have gone home (for now), but oil-exporting Ecuador remains stuck with the same basic problem: lavish government spending plans rolled out during boom times are no longer sustainable now that oil prices are lower and the economy has slowed. What's more, the government is saddled with several billion dollars of outstanding loans to China. We're watching to see how President Moreno squares this circle – which requires a mix of unpopular spending cuts and tax hikes – without touching off more unrest.

Tunisia's Outsider Must Now Work Inside – An austere, stiff, and formerly little-known law professor has won Tunisia's presidential election in a striking rebuke to the country's mainstream political parties. Kais Saied, an independent who ran a deliberately low-profile campaign, defeated charismatic populist media tycoon Nabil Karoui by as much as fifty points, according to exit polls. High turnout showed that Tunisians clearly want something better after a decade of dysfunctional post-Arab Spring governments. Saied won't have it easy. Tunisia's presidency has few formal powers and the party that backed Saied in the runoff – the Islamist Ennahda – has the most seats in Parliament but will have trouble forming a government. And so Saied, who lacks a party of his own, now faces a problem familiar to many outsider candidates: how to work within a system that he was elected to overhaul.

Vietnam's Ban on the New Yeti Movie – The Vietnamese government has banned screenings of DreamWorks' animated blockbuster, Abominable, the story of a Chinese girl who finds a yeti living on her roof. Why? Vietnam is angry that the film contains a map showing a controversial U-shaped dotted line that indicates China's claims over large portions of the oil-rich South China Sea. The so-called "nine-dash line" is a regular maritime feature on Chinese maps, but other countries bordering the sea, like Vietnam, reject Beijing's claims. We're ignoring this controversy because Vietnam's ban won't change the movie or the politics of the South China Sea—and because we like animated yeti movies.