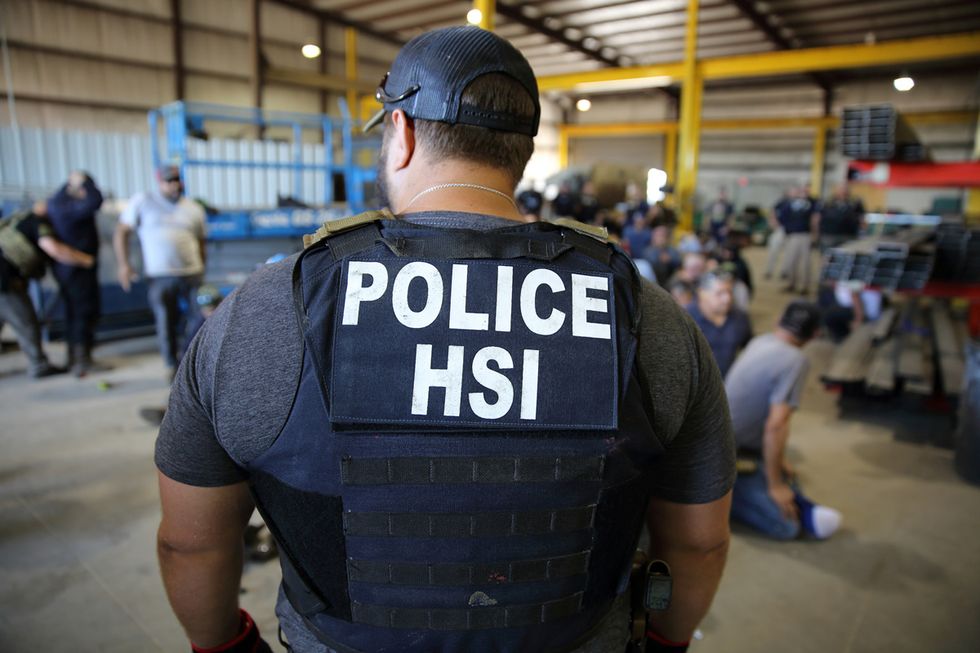 Mass Arrests in the US – On Sunday, US immigration police will begin a multi-day, nationwide operation to arrest thousands of people believed to be living in the United States illegally, according to press leaks from US officials. If this happens—similar plans have been postponed before—President Trump will say he is simply enforcing US law. His critics will insist he's capsizing the lives of thousands of people, including children, for political gain. The less predictable part of this story is the human drama that thousands of arrests will create—and the political firestorm that will surely follow.

Libya's Downward Spiral – A new report suggests that Libya's civil war is becoming bloodier and that the country is now "spiraling further downward." There's no end in sight to the fight between the internationally-recognized, UN-backed Government of National Accord and the so-called Libyan National Army, led by former Libyan general Khalifa Haftar and reportedly backed by Egypt, the UAE, Saudi Arabia, and Russia. On July 5, the UN Security Council formally condemned an airstrike on a migrant detention camp in a suburb of Tripoli that killed 53 people. No one has admitted responsibility for that attack. A bid by Haftar to capture Tripoli has bogged down. And despite a UN arms embargo in place since 2011, Libya remains "awash with weapons."

Miracles on Italian Beaches – Imagine: You're a newlywed enjoying a holiday on a beautiful Sardinian beach. You're floating on an inflatable unicorn. But then you fall into the water, which is unexpectedly cold, and your medical condition makes it impossible for you to move your legs. A strong wind then blows away your unicorn. You are now swallowing large amounts of salt water, and you begin to lose consciousness. Not to worry, because Olympic bronze medal-winning swimmer Filippo Magnini, sunbathing on the beach with his TV star girlfriend, has been alerted to your plight, and he's only too happy to save you. Apparently, this is the sort of thing that actually happens on Italian beaches.

Off to the races – You can, and should, experience the thrills of the annual World Wife-Carrying Championships right here. But then there's also this excellent T-Rex race. We're watching for your responses to know which race you like better and why.

Putin's Love of Birds – In a recent speech, Russia's president warned that wind turbines are dangerous: "Wind-powered generation is good, but are birds being taken into account in this case? How many birds are dying?" Research from the London School of Economics estimated in 2014 that there could be anywhere from 9,600 and 106,000 bird deaths a year from wind energy in the UK by 2020. (That's a fairly broad guess.) Their research also found that about 55 million British birds are killed each year by British housecats. We're not doubting Putin's well-documented love of birds, but maybe his position as president of one of the world's leading producers of oil, gas, coal, and nuclear energy has skewed his judgment on this one.
Microsoft