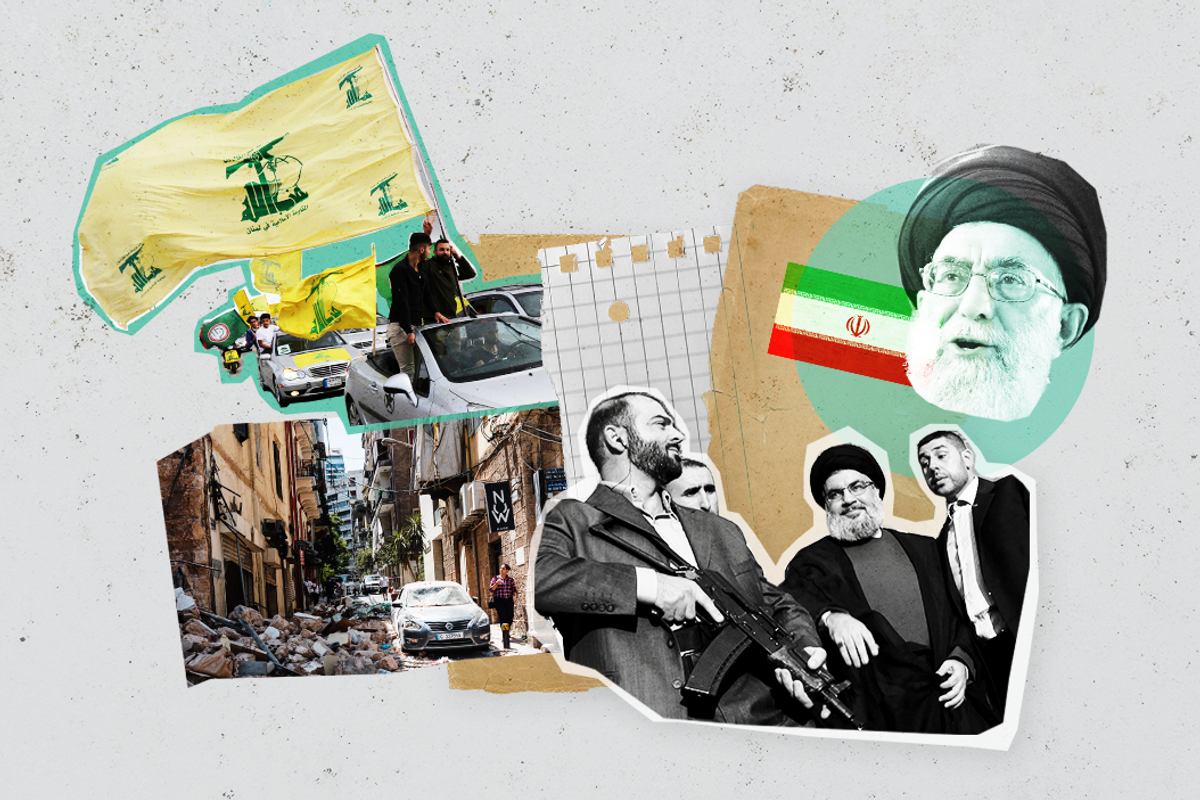 "Here is Lebanon, not Iran," Lebanese chanted last October, when widespread protests calling for reform of Lebanon's dysfunctional sectarian power-sharing system broke out across the country. It was a war cry meant to expose the destructive role of Hezbollah, the Iran-backed Shiite group, in Lebanese politics in recent years.

Now, recent events — including the deadly explosion at a Beirut port earlier this month that killed at least 200 people and wounded thousands, as well as the country's economic tailspin — have again shined a spotlight on the role of Hezbollah within Lebanese politics and society.

What is Hezbollah, and why does it matter?

The (brief) origin story. The Hezbollah militant group, made up of the country's traditionally-marginalized Shiite Muslims, emerged amid Lebanon's bloody 15-year civil war (1975-1990).

The guerilla organization's goal was two-fold: push out Israeli troops stationed in southern Lebanon, and stop the US (and the West more broadly) from meddling in the Middle East. At the time, the nascent Islamic Republic of Iran, a Shiite theocracy which came to power in 1979, saw an opportunity to expand its clout by infusing Hezbollah with cash and weaponry — a budding partnership that flourishes till this day.

A state within a state. After the end of the civil war, Hezbollah expanded its influence over Lebanese politics and public life, with strong support from the country's Shia community. The party has held cabinet posts since 2005, and has built a network of social services including hospitals and schools that's helped the group amass increasing public support.

An unexpectedly strong stand against Israel during a brief war in 2006 also burnished the organization's image in Lebanon. In parliamentary elections held in 2018, Hezbollah's Shiite alliance together won 70 out of 128 parliamentary seats, the most seats won by any political bloc.

Hezbollah is the most powerful military force in Lebanon. Thanks largely to longstanding Syrian and Iranian support, Hezbollah has managed to stash hundreds of millions of dollars, and build up military power stronger than that of the Lebanese army. The group also directly controls large swaths of Lebanese territory, some of which it seized by force in 2008.

But as Hezbollah has emerged as Lebanon's most powerful political and military force, it is now also a major target for the outrage that has been directed against the country's entire ruling class. As the situation in Lebanon continues to deteriorate, the group is even losing some support from traditionally-loyal Shiite constituents.

There are several reasons for the group's fading reputation.

Hezbollah is an impediment to the country receiving desperately-needed international aid. International donors, including the IMF, have made financial aid to Lebanon contingent on political reform. While, Hezbollah is not the only political party that's been hostile to reform, the international community's ability to give aid to a government in which Hezbollah is a major player is obstructed by the fact that the group has been designated as a terrorist organization by powerful countries including the US, Germany, and the Gulf Arab states because of its long history of attacks against Israeli, Jewish, and Western targets.

Washington's recent accusation that Hezbollah is in fact "jeopardizing Lebanon's economic recovery" has surely resonated with a growing number of disgruntled Lebanese who can barely afford to put food on the table. In recent days, protesters in central Beirut burned effigies of the Hezbollah chief Hassan Nasrallah, the most public rejection of the leader to date.

Many Lebanese are tired of Hezbollah's international escapades. As half the population has now slid into poverty, an increasing number of Lebanese are questioning why Nasrallah has devoted attention (and resources) to foreign entanglements in Syria and Yemen (at Iran's bidding) when Lebanon itself is on the brink.

What gives? Though anti-Hezbollah sentiment is soaring, there are still compelling reasons why the group could hold onto power — even as the situation on the ground continues to deteriorate. For one, Hezbollah has a huge cache of guns and rockets that could be used on defectors should it feel its grip on power slipping. Additionally, the Lebanese army is made up mostly of Shiites, over whom Hezbollah also has significant influence.

Indeed, Hezbollah is a deeply immovable presence in Lebanon increasingly at odds with an unstoppable force for political change. Who will prevail?