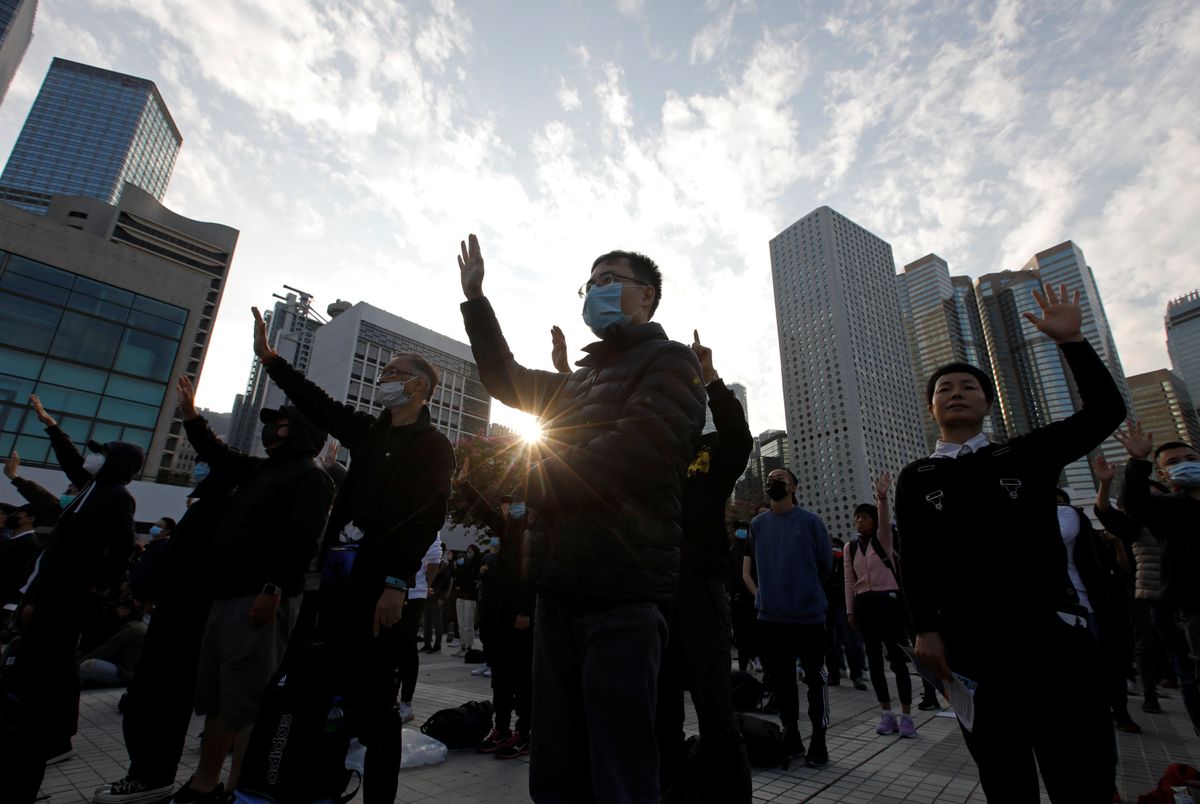 For 30 years, citizens of Hong Kong have gathered in Victoria Park on the evening of June 4 to honor the peaceful protesters massacred in Beijing's Tiananmen Square on that date in 1989. It has been the only public Tiananmen commemoration permitted on Chinese soil.

This year, the park was surrounded by barricades to keep people out. The officially stated reason for the shut-down? Crowds spread coronavirus. (In this city of more than 7 million, COVID has so far killed four people.)

Many in Hong Kong doubt the official explanation, and thousands decided to ignore the ban on gatherings and hold their candlelight vigil anyway. Outside a few incidents involving pepper spray, police look to have kept their distance. Many of Thursdays protesters appeared to have observed rules on social distancing.

But on this June 4, Hong Kong's legislative council also voted to criminalize "insults" to China's national anthem. And late last month, China announced a new security law that would criminalize "sedition" and "subversion" — as defined by Beijing. Now, for the first time, Chinese security forces will be allowed to operate in Hong Kong and enforce those laws.

A group called the Hong Kong Alliance put it like this: "The National Security Law is like a knife to the neck of all Hong Kong people. Even if it only cuts a few, it threatens the freedom of all 7 million people. It is the implementing of rule by fear in Hong Kong."

Back in 1997, when Hong Kong formally passed from Britain to China, Beijing agreed in an international treaty to allow Hong Kongers to keep their rights to freedom of speech and assembly. The new security laws would allow Chinese soldiers to strip Hong Kong's people of those rights. This year the excuse to block peaceful protest is COVID-19. Next year, democracy activists warn, Beijing will come up with something else. And after months of demonstrations and crackdowns over the mainland's attempts to gain firmer control over Hong Kong, there is almost no trust now between pro-democracy activists, police, and Beijing.

This is a landmark moment in Hong Kong's history. The city's residents are left to wonder what's next for their streets and how the outside world will respond. Earlier this week, seven former UK foreign secretaries called on Prime Minister Boris Johnson to form a global alliance in support of Hong Kong, and Johnson later announced plans to create a "route to citizenship" for millions of Hong Kongers who want to leave the territory. China's foreign minister responded: "We advise the UK to step back from the brink, abandon their Cold War mentality and colonial mindset, and recognize and respect to the fact that Hong Kong has returned" to China.

For Hong Kong, lines have been drawn and crossed—and the city will never be the same.