EUROPE ON THE DEFENSIVE OVER DEFENSE 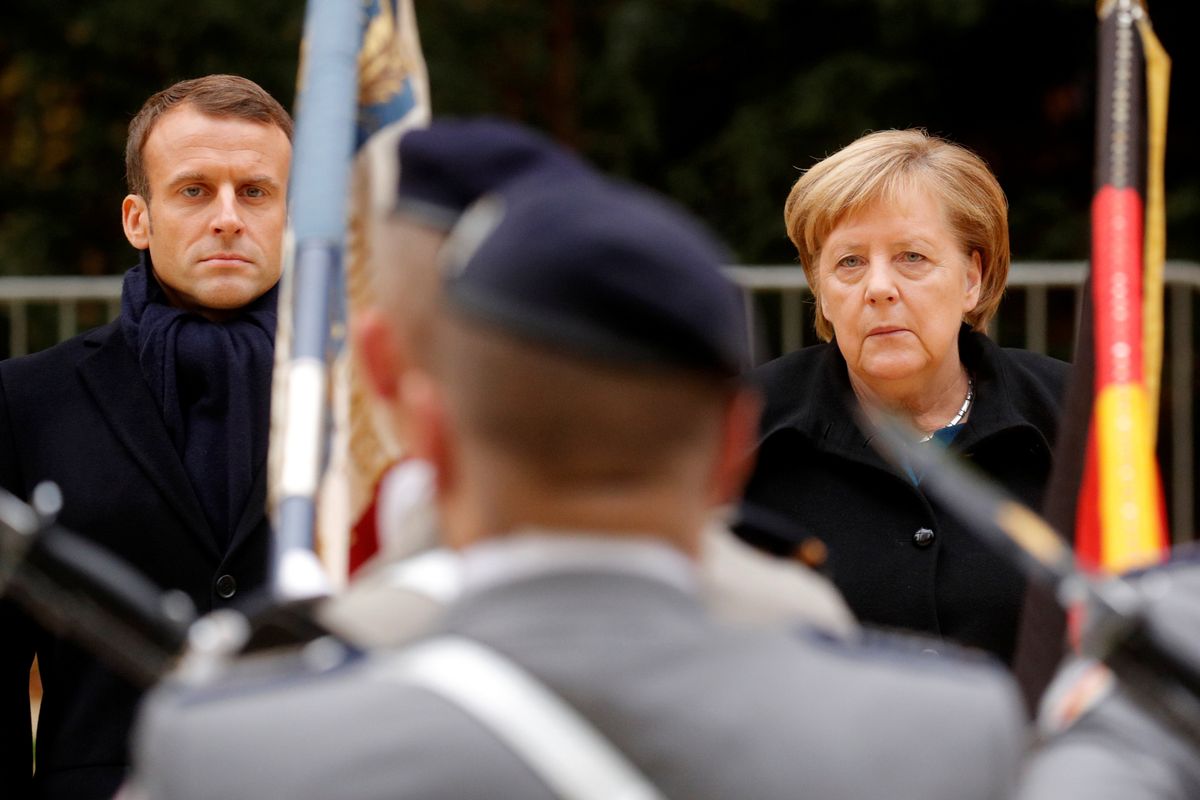 Most importantly, he also derided the French-led proposal – reiterated by Macron during this weekend’s WWI commemorations in Paris – to create an EU defense force to counter threats from the US, China, and Russia. The EU is unique today in its cooperation on almost every front except defense, a legacy of the costly conflicts of the 20th century. Macron wants Europe to compete not only economically, but also militarily, on the world stage.

So what is this proposal, and why is Trump, who has routinely called on EU nations to spend more on defense, angry about it?

The French president has already put into motion the development of a joint European military force capable of taking coordinated action abroad (think disaster response or strikes in Syria). So far, ten countries, including Germany and the UK, have signed up for the so-called European Intervention Initiative. The group, so the idea goes, would eventually offer an alternative to the US-dominated NATO alliance that includes most EU members.

Mr. Macron’s proposal is in part a product of his frustration with a slower-moving EU-led reform (known as “PESCO” or permanent structured cooperation) that’s aimed at integrating and coordinating defense capabilities across the Union. The program has the less ambitious goal of reducing widespread inefficiencies in European defenses—from the incompatibility of different countries’ systems to their prioritization of inefficient domestic defense firms—rather than enabling coordinated military action. Macron wants the EU to move even faster.

But in pushing for Europe to take on a larger responsibility for its own defense, Macron faces steep opposition both outside and inside the bloc.

The pressure from outside: Trump has called on France and other NATO allies to live up to their commitment to spend 2 percent of GDP on defense. But he’s wary of efforts to compete with the decades-old alliance—and he doesn’t like being labelled as a problem this force is intended to address. To counter Macron’s efforts, Trump could pressure like-minded allies in the EU who already oppose the French president’s proposal or threaten to lash out at France on trade, as he hinted yesterday on Twitter.

The pressure from inside: Within the EU, the reaction to Macron’s renewed call to bolster the continent's defenses has been mixed. As if on cue, German Chancellor Angela Merkel yesterday signaled support for Macron’s broad vision for a unified and independent European defense. But the devil’s in the details, and the establishment in Berlin is reluctant to rock the boat with a US that still retains 45,000 troops on German soil and whose nuclear umbrella provides the ultimate security guarantee. Elsewhere in Eastern Europe, particularly in Poland and the Baltics, US security guarantees help to deter a revanchist Russia. These countries aren’t willing to risk the ire of the US president to help the French.

For now, the creation of a “real European army” is merely a subject for debate, but Macron has made clear he intends to push that debate forward.