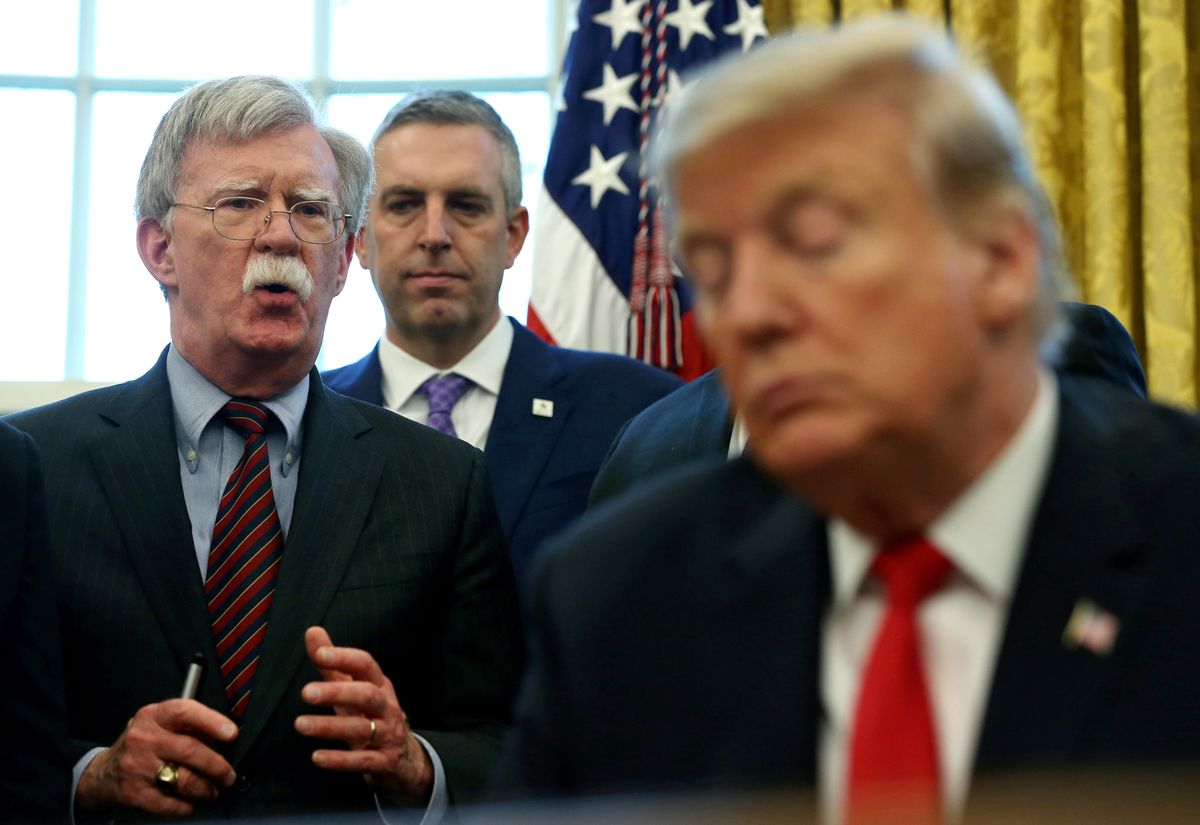 For a president gearing up for a fierce re-election fight next year, President Trump has a lot to worry about. Democrats are now taking more of the US political spotlight. The latest opinion polls don't look good for him. There are signs that the strong US economy, Trump's top selling point, may begin to wobble.

And for US foreign policy, an area where US presidents have a lot of leeway, Trump knows he needs to make some deals, and fast.

This is the backdrop for Washington's big news of the week: Trump's firing of national security advisor John Bolton. Media debate this week has centered on whether Trump has smartly saved America from a warmonger or whether dismissing a knowledgeable foreign policy hand who was willing to challenge the president opens the way to a much more erratic policy driven by Trump alone.

But let's look instead at the central point of philosophical difference between the two men and what that tells us about what comes next for US foreign policy. Trump's choices to date suggest that he believes he can make a good deal with anyone, given the right mix of carrots and sticks. Bolton's history suggests he's convinced that when the other side believes its core interests are at stake, substantive deals aren't possible and force becomes necessary.

In Afghanistan, the president wants to end an 18-year war, the longest in US history. Bolton reportedly argued against Trump's recent plan to talk with the Taliban.

Trump's view is that the war can't end unless Washington strikes a deal with the Taliban, which still controls a big percentage of Afghan territory. Bolton's is that the Taliban isn't trustworthy, and there's no deal to be had that would prevent a re-emergence of Afghanistan as a terrorist training ground.

On Iran, Trump wants to sit down with President Hassan Rouhani in New York later this month and has signaled a willingness to ease sanctions on Iran. Bolton, who authored an op-ed in The New York Times in 2015 under the headline, "To Stop Iran's Bomb, Bomb Iran," reportedly opposes both these ideas.

Trump will say the purpose of pressure on Iran is to secure a better deal than the one Barack Obama signed in 2015. Bolton will counter that it's Supreme Leader Ayatollah Khamenei, not President Rouhani, who will decide Iran's nuclear policy, and that any relief of pressure on Iran will provide its leaders time to restart the nuclear program.

On North Korea, Trump believes that talking with Kim Jong-un is smarter than pushing him toward the testing of missiles that might reach the US mainland. Bolton will argue that Kim will never willingly surrender his nuclear weapons, and that Kim is not to be trusted.

On Venezuela, Trump can insist that the US should secure a deal with President Nicolas Maduro's friends in Moscow that removes Maduro from power. Bolton can claim that Russia won't bargain in good faith and that only maximum pressure on Venezuela's economy (and maybe the credible threat of regime change) can force Venezuela's military to oust Maduro.

The bottom line: The next year may prove that, on all these important subjects, both men are correct. Trump is right that he can't hope to make peace without offering the other side something of substance. But if the enemy isn't serious about giving Trump what he wants most, as Bolton warns, a hollow deal might boost Trump politically but won't serve US interests.

This is the main reason that President Trump may be forced to stand before voters next November without a grand bargain to sell.