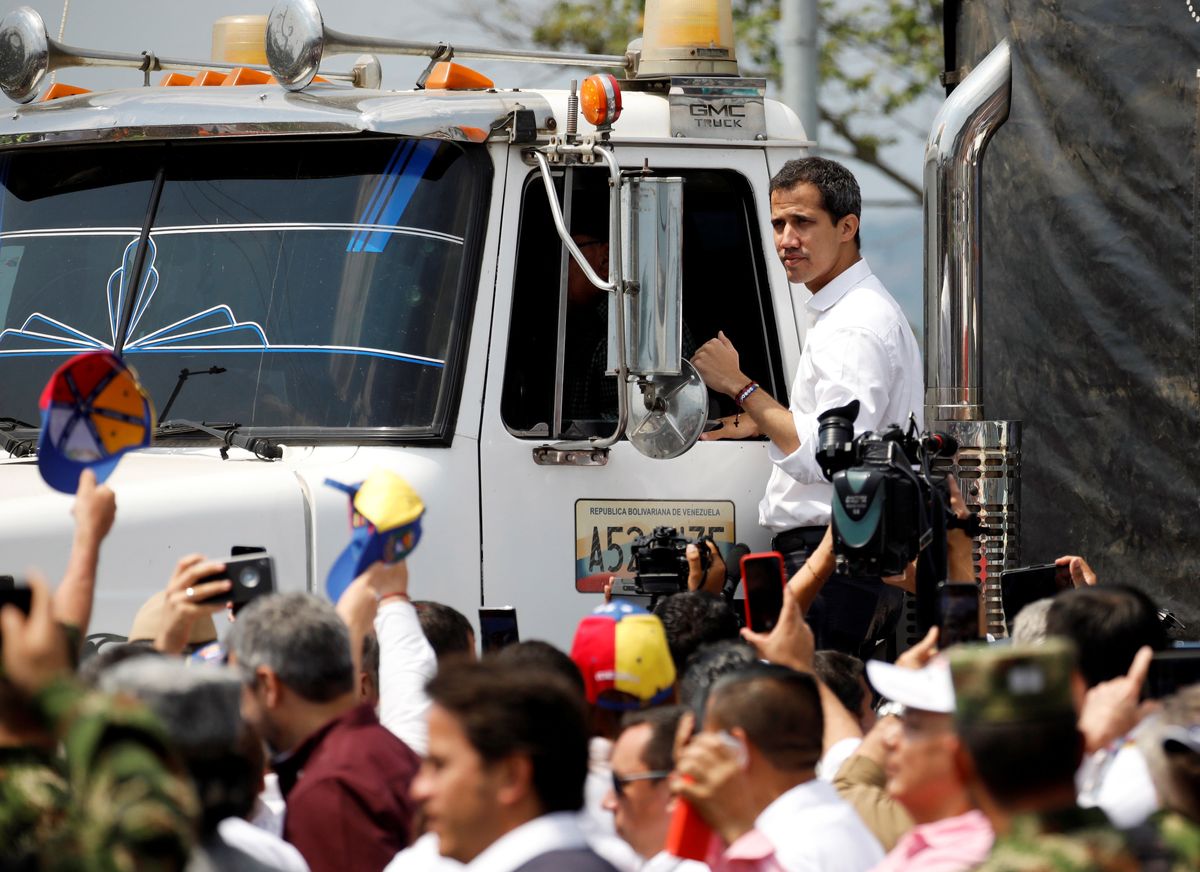 As a US-backed humanitarian aid convoy approached the Venezuelan border under the direction of Venezuelan opposition leader Juan Guaidó last weekend, the big question was: would Maduro's soldiers stand aside to allow food and medical supplies to reach an increasingly desperate population – or would they shoot?

In the end, they shot. While more than 150 Venezuelan soldiers reportedly defected across the border, the vast majority stood pat. Following Maduro's orders to repel an aid convoy that he said was a trojan horse for US invasion, his men launched volleys of tear gas, rubber bullets, and live rounds. Hundreds of people were wounded and several were killed. Just one aid truck managed to scramble across the border.

The aid on the trucks was only a drop in the bucket for a country suffering the kind of humanitarian crisis that most see only in wartime. But the symbolism was stark: despite leading his country into economic ruin, Nicolas Maduro still commands the loyalty of his army and, as a result, he still runs Venezuela. What's more, according to some observers, Mr. Guaidó and his team planned poorly and focused too much on a media-friendly confrontation rather than the logistics of actually getting the aid into Venezuela.

This setback raises a basic question for Mr. Guaidó and the more than 50 countries that recognize him as the interim president of the country: what next?

Economic pressure: Yesterday, US Vice President Mike Pence met with Mr. Guaidó and other regional leaders in Colombia, and announced additional US sanctions on members of the Venezuelan government. The US has already put sanctions on Venezuela's cash cow national oil company PDVSA, and is trying to get other countries to go along too. It figures that squeezing the regime's cash flow makes it more likely that top generals will defect (if they can get amnesty for their crimes). But sanctions also serve to deepen the anguish of Venezuela's people as the government has less money to pay for imported food and medicine.

The military option? One of Mr. Guaidó's main advisers has explicitly called for a US-backed invasion, a potentially disastrous option that the Trump administration has long said is at least "on the table." Over the weekend, US Senator Marco Rubio, an outspoken Venezuela hawk, ominously tweeted a photo of Libyan dictator Muammar Qaddafi, who was beaten to death by a mob after the US helped topple his government.

But the American public is war-weary, and most Latin Americans, mindful of Washington's sordid history of regional meddling, don't want "los yanquis" showing up in tanks again either. Not surprisingly, the US's main regional allies in Chile, Colombia, and Brazil have all said they oppose an intervention. Polls taken before the aid standoff showed a majority of Venezuelans agree.

None of this means that it's all roses for Maduro, of course. As his cash flow slows to a trickle, he wakes up every morning wondering if his generals will join him for dinner or serve him for lunch. Millions of his people are starving. His opponent has strong support both at home and abroad, and those humanitarian aid trucks (and some ships) are still idling near Venezuela's borders.

But for now, Maduro continues to cling to power, and he has improbably forced the ball back into Mr. Guaidó's court.