What happens in Minsk doesn't stay in Minsk 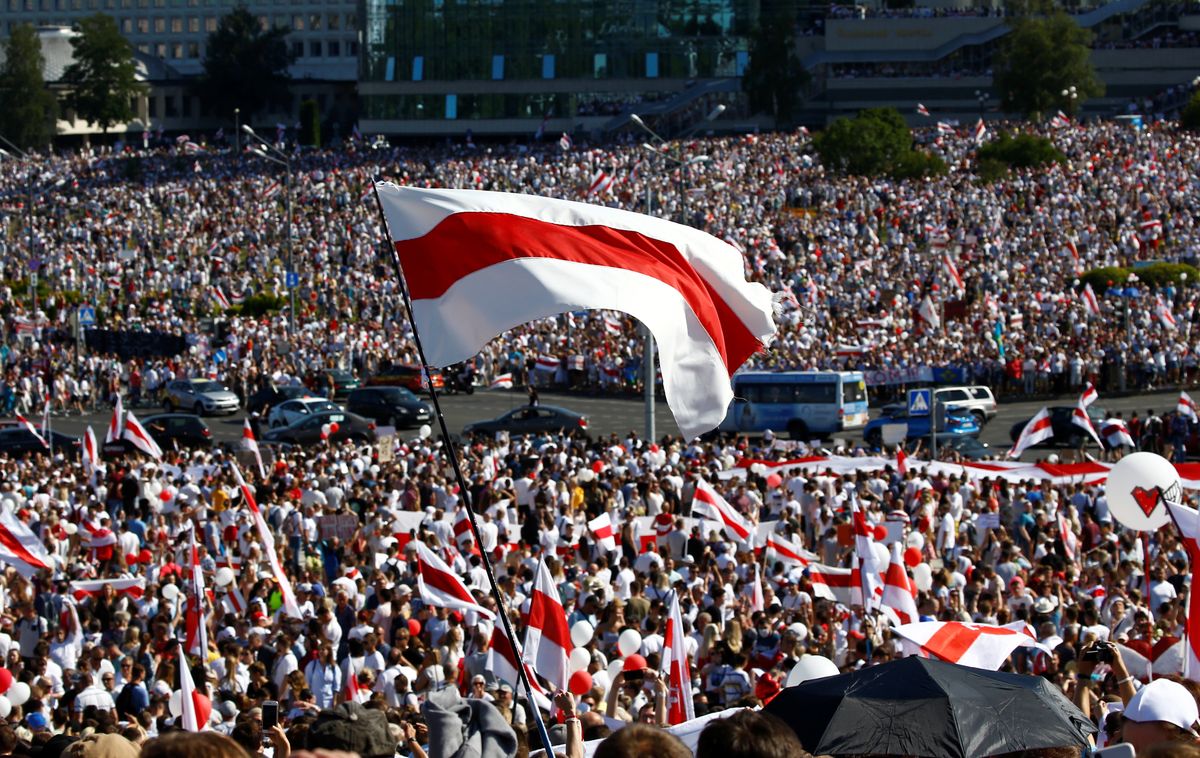 The political turmoil in Belarus continues. Popular protests against President Alexander Lukashenko are growing, but the longtime strongman refuses to budge, just a week after winning reelection — in a vote that the opposition and most international observers say was rigged. On Monday, Lukashenko grudgingly agreed to go the polls again… after a constitutional referendum process that he can draw out as long as he wants (and which will likely be rejected by the protesters).

Beyond its borders, the post-election drama in Belarus is being closely watched by outside players with a keen interest in the outcome of the crisis.

Who are they, and what do they want?

The European Union. Brussels is concerned about real political instability brewing on European borders, but the EU's response has so far been mixed. While Eastern European member states have been leading the charge for EU sanctions, Europe in general is worried about chaos disrupting Belarus' role as a transit nation for Russian oil exports. And of course, there's the risk of tangling again with a Kremlin that has shown — as in 2014 in Ukraine — what it's willing to do to preserve Russia's sphere of influence.

As a whole, the EU would probably be delighted to see "Europe's last dictator" fall, but would want Belarus' next leader to be friendlier towards European values and businesses.

Russia. Minsk is firmly within Moscow's orbit, and it is (like Ukraine) a major strategic buffer between Russia and NATO. But relations between Lukashenko and Russian President Vladimir Putin have soured in recent years over economic issues and Lukashenko's periodic (and largely fruitless) flirtations with the EU.

Putin is in a bind. He has offered to help restore order in Belarus, but is wary of angering the many Belarusians who hate Lukashenko but have no axe to grind with Moscow. The ideal outcome for Russia would be for Lukashenko to be replaced with a more "democratic" yet solidly pro-Russia leader it can groom to keep Minsk on its side. The worst-case scenario is that popular uprising grows and spills over into Russia, threatening Putin's own 20-year grip on power.

Other players. Belarus borders three NATO countries (Latvia, Lithuania and Poland) that fear the current instability could trigger a potential Russian incursion similar to the one that in 2014 ended in Russia's annexation of Crimea from Ukraine. NATO military planners are closely monitoring the situation, although the odds of Russian "little green men" creeping over the border are quite low.

Belarus doesn't have a large ethnic Russian minority who wants to be annexed by Moscow, nor does the country hold the same cultural and historical importance for Russia as Ukraine always has. What's more, Moscow has no territorial grudges there (as it did with Crimea), and Belarus is also not at risk of immediately falling into the "Western camp" as Ukraine was six years ago, when ethnic Ukrainians protesting against the pro-Russia government in Kiev were overwhelmingly in favor of closer ties with Europe and joining the EU.

Finally, the US and China (surprise!) also have a stake. Washington has been moving closer to Minsk in part to explore peeling the country away from Russia's influence, while Beijing would ideally like Lukashenko to stay in power (even in a weakened state) to secure Chinese business interests. However, neither seems likely to take major action soon.

Bottom line. Despite their different goals, outside players share a common interest in peacefully resolving the crisis. For each, the fate of Lukashenko himself — little loved by all — is less important than limiting further unrest in the country, and preventing rival powers from establishing a firmer foothold there. But with hundreds of thousands on the streets demanding his ouster, could outside actors' machinations bring about precisely the deeper instability that all want to avoid?

Updated 08/18/2020 to correct an error on countries bordering Belarus.