Coronavirus Politics Daily: Unrest in Paris' suburbs, Turkey's coverup, and immigration to the US on hold 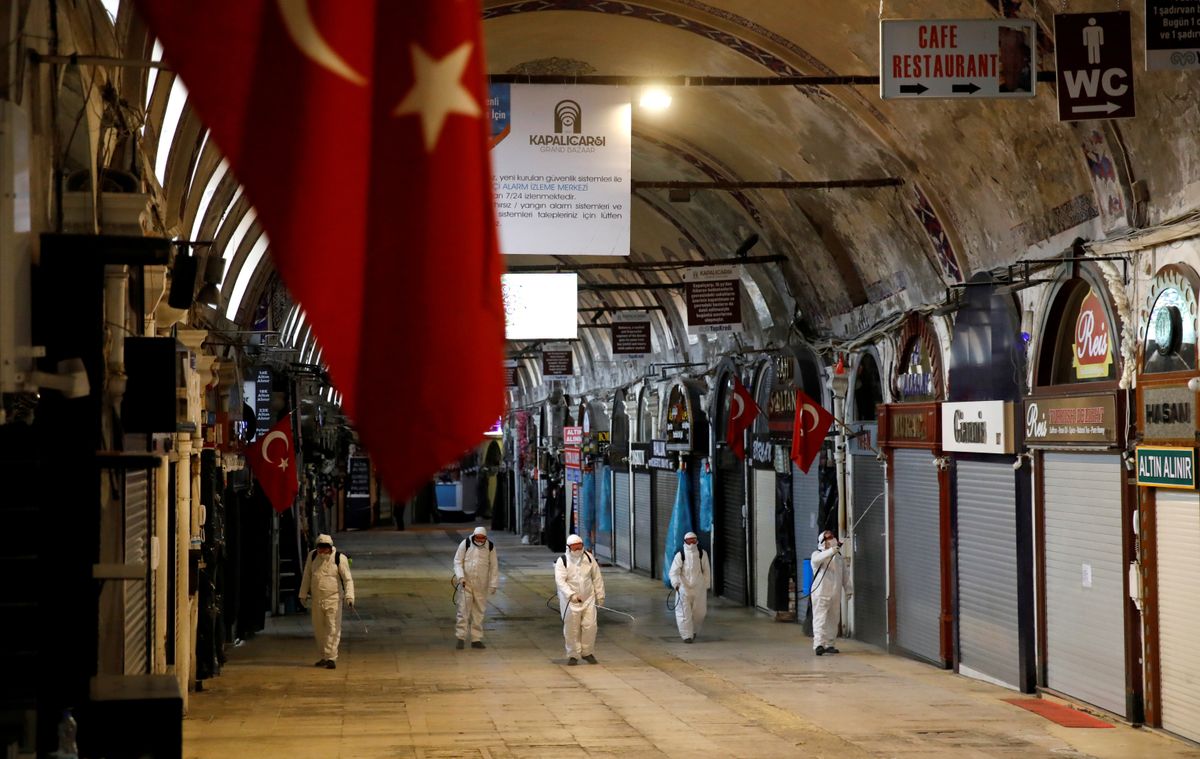 Riots in Paris' suburbs: Low-income suburbs on the outskirts of Paris have long been flashpoints of unrest over racial and economic inequality. This week, youths living in districts north of France's capital lit cars on fire and aimed fireworks at police in protest against stay-at-home measures, now in their sixth week, aimed at curbing the spread of the coronavirus. Police said that a traffic accident involving a policeman and a motorcyclist, who was critically injured in the crash, was likely the impetus for the uptick in violence. The riots in Paris' suburbs, known as banlieues, are perhaps a grim sign of what's to come in many countries where low-income families are now jammed together in crowded apartments with little reprieve, and where stay-at-home orders have disrupted jobs in the informal economy that many of these residents rely on to put food on the table.

Turkey's COVID-19 cover-up? After Turkey's government claimed for weeks that it had the coronavirus pandemic under control, the country has now surpassed China with the most coronavirus cases outside the US and Europe. Turkish authorities announced the first death from COVID-19 in Istanbul on March 17, and President Recep Tayyip Erdogan – who has avoided enforcing a national lockdown in order to keep parts of the economy open – has said that his government's swift actions to close some businesses and schools in mid-March curbed the disease's spread. But an investigation by The New York Times suggests that the death rate in Istanbul, home to some 16 million people, was 50 percent higher than the city's weekly average in early April. And a breakdown of data in large cities including Istanbul and Izmir suggests that a government cover-up and lack of testing contributed to the small number of reported COVID-19 cases in Turkey. The country's economy was already cratering before the pandemic hit, suffering record levels of unemployment, and Erdogan knows that further economic turmoil – and failure to limit the number of coronavirus-related deaths – would be ruinous for his presidency.

Trump halts immigration: President Trump announced via tweet on Monday that he would temporarily halt immigration into the United States to "protect the jobs of our GREAT American Citizens" in response to COVID-19. The president's critics will charge that he's scapegoating foreigners for something that isn't their fault, and trying to change the subject from his own perceived failures and falling poll numbers. The president's supporters will ask why some want to shut down the country's economy but not its borders, and why Trump should be attacked for something that many other world leaders are doing to contain the virus. Beyond partisan politics is the debate about what this order will and will not actually change. On the one hand, COVID-19 has already halted nearly every form of legal immigration. Refugee programs are on hold. Anyone caught crossing the border illegally would already be expelled.