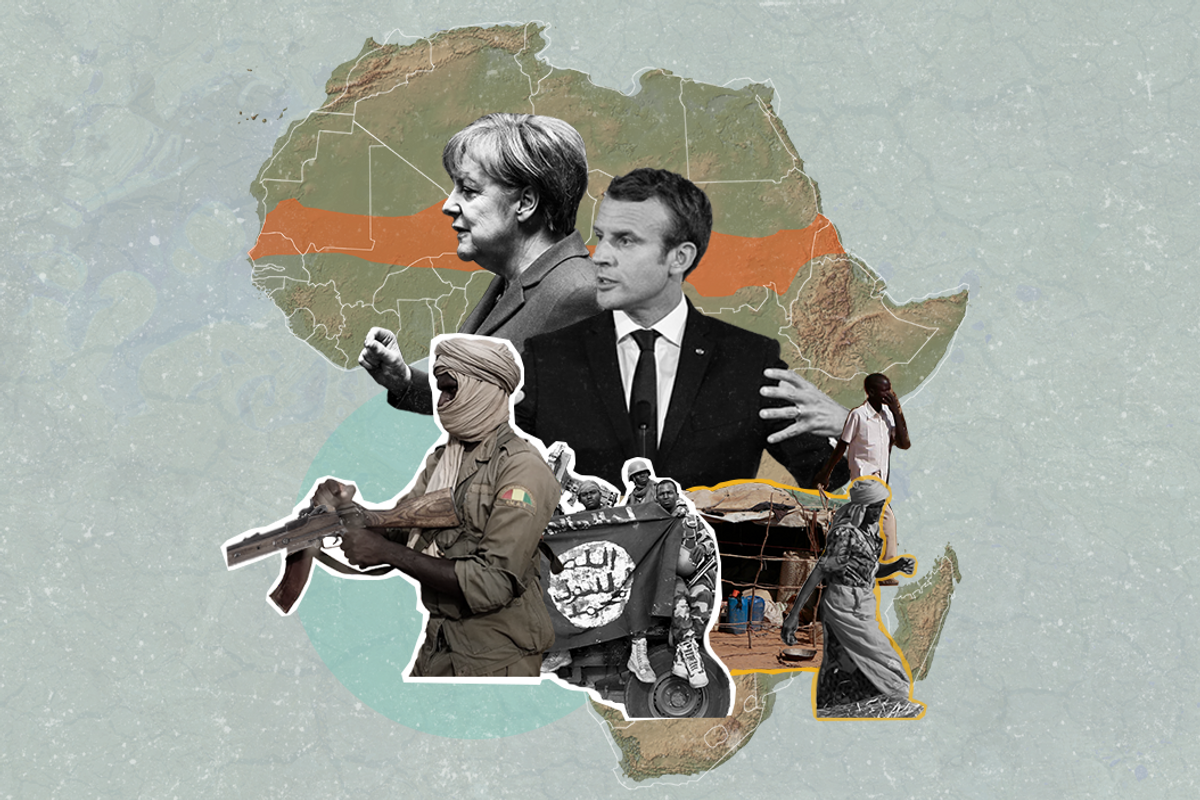 A steady increase of violence in the Sahel region of Africa over the past eight years has imposed fear and hardship on millions of the people who live there. It has also pushed the governments of Sahel countries to work together to fight terrorists.

The region's troubles have also captured the attention of European leaders, who worry that if instability there continues, it could generate a movement of migrants that might well dwarf the EU refugee crisis of 2015-2016.

But is Europe helping to make things better?

The backdrop: The Sahel is a band of countries at the southern edge of the Sahara that stretches across Africa from the Atlantic Ocean to the Red Sea. For many years, fighters from the Sahel country of Mali worked for Muammar Qaddafi's security services in Libya, and the collapse of that regime in late 2011 sent large numbers of heavily armed men back to Mali. There, they used their weapons and training to capture territory for themselves in the north of that country.

Enter France, the region's former colonial power. The French military managed to restore Mali's government and some of its stability in 2013, but violence in the north continued.

The area of turmoil then began to expand beyond Mali into neighboring Burkina Faso, Niger, and Chad. In 2014, the governments of these four countries plus Mauritania formed the G5 Sahel organization to manage the common threat to their stability. Together, they have a fast-growing population of more than 80 million people and a median age of just 16.

In 2017, having felt the shockwaves of Syria's collapse, European leaders moved urgently to avoid state collapse in the Sahel. A G5 Sahel Joint Force, with backing from the UN, the African Union, and France began military operations against armed groups operating in the region.

European leaders have launched a comprehensive approach to the region. Over the past two years, nearly two dozen European countries have contributed troops, trainers for local soldiers and police, peacekeepers, and billions of development Euros to the G5 Sahel countries.

Unfortunately, the violence has only gotten worse. A recent report from World Politics Review notes that there were 413,000 internally displaced people in the G5 Sahel countries at the end of 2019, and more than 5 million people now need humanitarian help.

Why aren't the combined efforts of G5 Sahel and European leaders working?

First, critics warn that Sahel government forces are often unable or unwilling to distinguish between different armed groups and their motives—and civilians are dying in the crossfire.

Second, the European commitment is half-hearted. European leaders, fearful of the political fallout that comes with military casualties, are not engaging hostile forces aggressively enough to turn the tide.

Third, some locals resent the presence of Europeans, particularly French troops, inside their countries because they believe, not without reason, that they care much more about heading off refugees than about helping Africans. Others wonder whether Europeans are there mainly to steal their natural resources.

But the biggest challenge for the Sahel extends far beyond terrorists and militias. Corruption and incompetence plague national and local governments. Ramshackle infrastructure hobbles economic opportunity. And the impacts of climate change on agriculture and COVID-19 on public health are making things worse.

Bottom line: Stability depends not just on the absence of violence, but on the presence of good governance and economic opportunity. Without them, neither citizens of the Sahel nor European leaders will reverse this dangerous momentum toward turmoil.