North Korea blows up the relationship. Why? 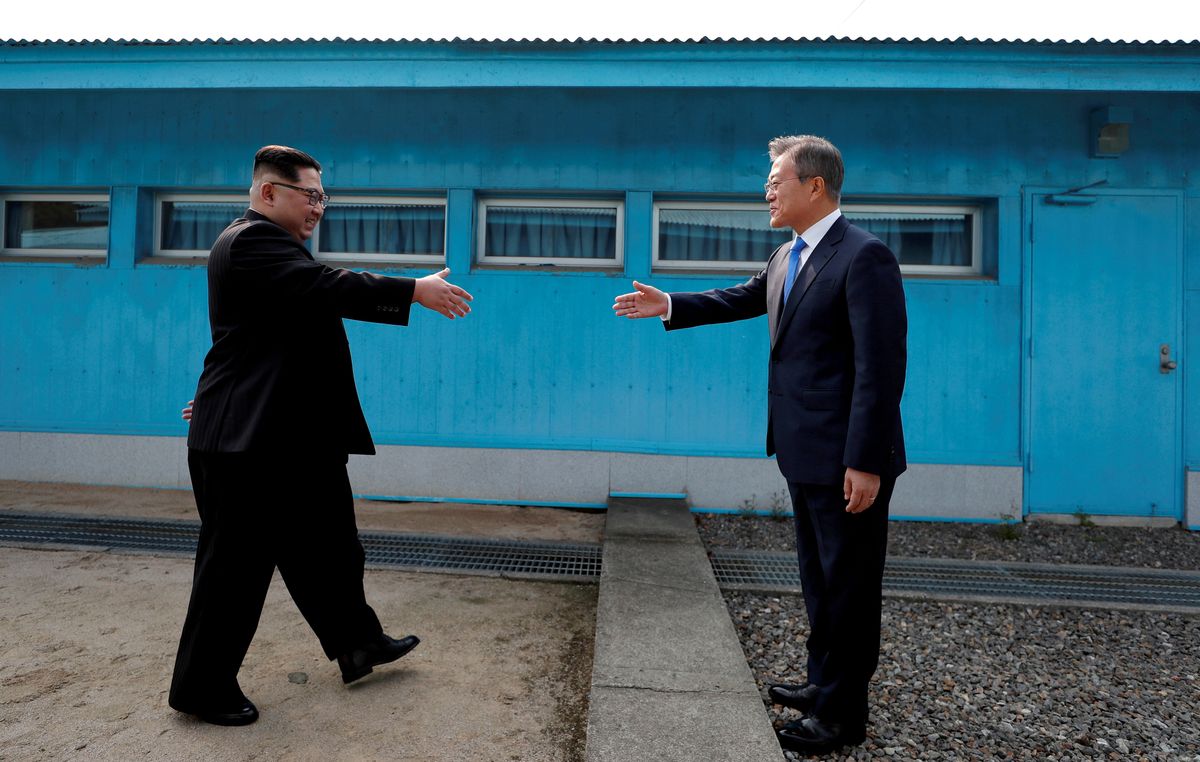 First, they stop taking your calls. Then they blow up the house. But this isn't a love affair gone wrong, it's what's happening right now along one of the tensest borders in the world, between North and South Korea. Last week Pyongyang quit answering a daily phone call from the South that was set up in 2018 to keep the peace and further reconciliation. Then, yesterday, North Korea quite literally blew up a building just north of the border which both sides had used for the past two years as a meeting place for officials from the North and the South.

The immediate issue seems to be Seoul's failure to stop North Korean defectors ("human scum" as they're known in Pyongyang's state media) from sending anti-Kim leaflets over the border using balloons and drones.

But there's a larger context. North Korea's economy is suffering under crippling international sanctions tied to its nuclear program, and the coronavirus pandemic almost certainly isn't helping. With nuclear talks largely stalled, there's no relief in sight. Kim is almost certainly looking to refocus the attention of three key players.

First, South Korea. In the two years since a historic meeting between Kim Jong-un and South Korean president Moon Jae-in, the North hasn't seen clear benefits from easing tensions with Seoul. Although South Korea is keen on reconciliation for both economic and strategic reasons – North Korean labor is cheap and the North Korean military is scary — President Moon won't advance big economic overtures that violate the "maximum pressure" sanctions policy of his allies in Washington. With President Moon's party fresh off a historic election win, Kim may calculate that now's the time to force the issue again.

And there's China. Beijing is North Korea's indispensable economic and diplomatic partner. China accounts for 95 percent of North Korea's trade, and can ratchet up or down the amount of smuggling that it permits to occur across their shared border. But Beijing has been distracted lately – by coronavirus, by Hong Kong, and now by a surge in border skirmishes with India. Kim knows that to make any fresh progress in nuclear talks he needs to re-engage the attention of his main external patron.

And of course, the US. Détente with the US has provided little for Kim beyond photo ops and the diplomatic stardust of meetings with a US president. Kim still wants immediate sanctions relief in exchange for promises to relinquish his weapons later, but Washington insists that Pyongyang begin verifiably dismantling its nukes first. Talks are deadlocked. Rattling the cage now is almost certainly meant to get Washington's attention, and the clock is ticking: if Kim is worried about Trump's re-election chances, he likely wants to re-engage fast. Joe Biden wouldn't be likely to share any exotic summits or love letters with the North Korean leader.

So far this year, North Korea has conducted about half a dozen weapons tests, though none of them involving long-range missiles or nuclear warheads, redlines for the United States. If Kim feels he is running out of time to get China's attention and to help draw the Trump administration into a pre-election "big splash" deal, then he could revisit more serious weapons tests in the coming months.

If that happens, the soap-opera drama of ignored phone calls and exploding houses could soon give way to a much more serious international thriller.