Trump's State of The Union – The View From Abroad 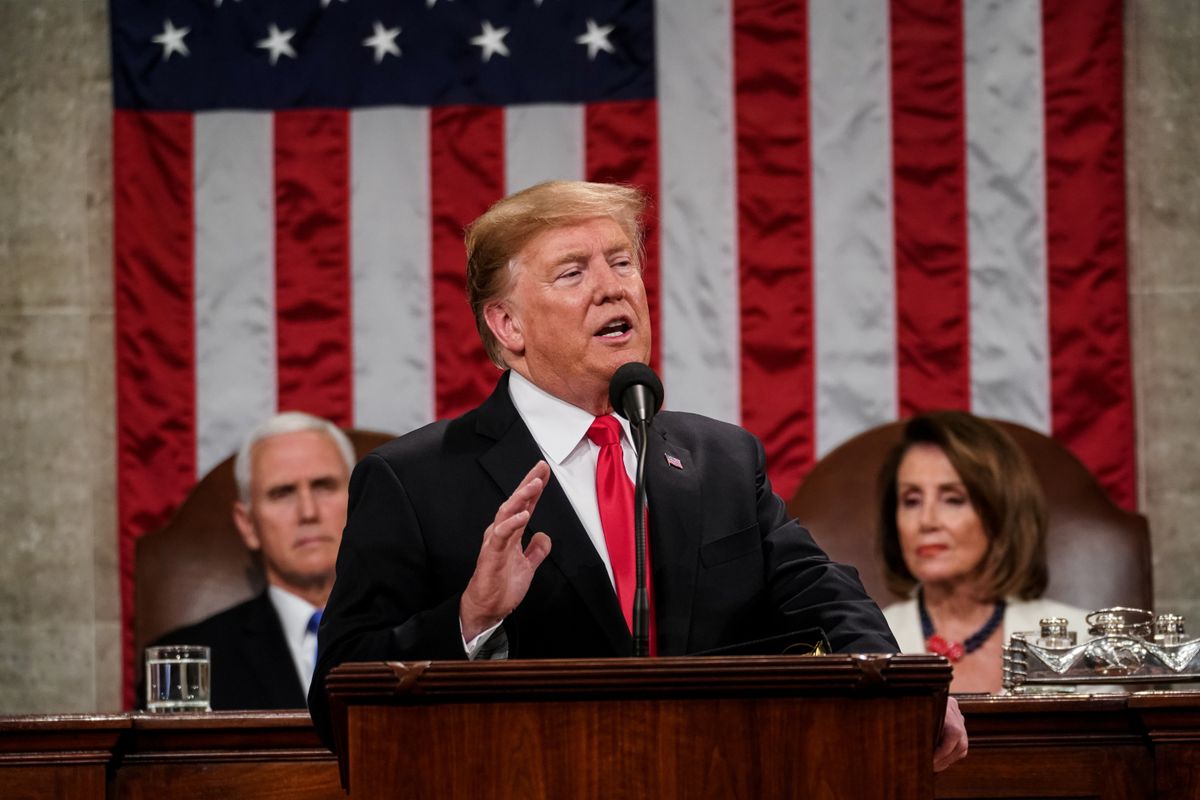 President Trump's speech before a joint session of Congress last night was dominated by domestic issues, and he was careful to strike a conciliatory tone.

But foreign policy also made a few appearances – some subtle and others less so. Here's how we like to imagine leaders from the world's geopolitical hot spots received the president's speech.

Xi Jinping: (reading over the notes in his little red book)

Curious speech. You say you want to establish "a new standard of living for the 21st century" – but we're almost a fifth of the way through it. Talk about short-term thinking. And rebuilding "crumbling infrastructure?" I just approved$125 billion in new railway projects – top that.

Note to self: One of the few moments both Republicans and Democrats stood and applauded together on foreign policy was when Trump talked about getting tough on China. That doesn't bode well for relations with the US, no matter what Trump says about having "great respect" for me personally.

Vladimir Putin: Wednesday Things to Do:

Nicolas Maduro: (Muttering under his breath)

I saw your speech, viejo. Eighty-two minutes? That's it? Are you tired, old man? Fidel once held the Naciones Unidas rapt for four-and-a-half hours. Our beloved Hugo Chavez spoke for eight hours on live television without a glass of water. This is a man's endurance, and I will outlast you, too. Talk all you want about the evils of socialism, Trump. Your puppet, Guaido, will never convince the army to abandon me. I will be dancing in the streets of Caracas when you are in jail.

The Taliban: Ok, let's get this straight. Trump wants to get America's 14,000 troops out of Afghanistan, because "great nations do not fight endless wars." Americans broadly support him – with 57 percent favoring a withdrawal within the next 5 years. Russia is backing a peace process that excludes the government in Kabul. And we currently control a majority of Afghanistan's territory. After two decades of war, are we interested in a "political settlement?" You bet we are.

Mohammed bin Salman: (On the phone)

"Haha… I know, I know, I really got off lucky Vladimir… he didn't even mention me… Didn't even! It's like, Jamal who? Yemen what? Anyway, you coming to my next comedy show? I think Jared will be there."

"Dear Donald, now that you have announced publicly the date and time of our next meeting, I am aflame with anticipation to see you again. Merely to be with you will draw open the earliest blossoms of spring in my wintry soul. Yours, Kimmy."

"Send this to the White House along with the others, and bring me the latest nuclear program updates. What? Pompeo is calling? Tell him I'm busy rearranging my paper clip collection and he'll have to wait."