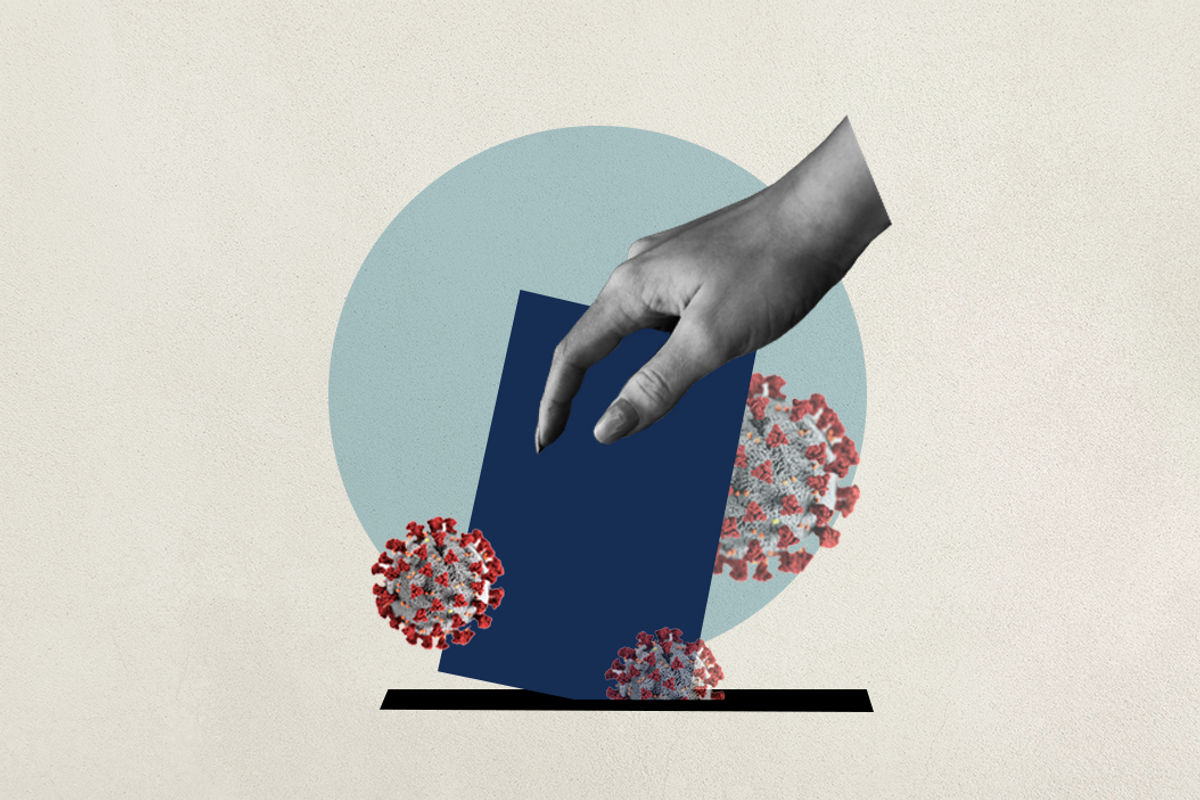 Elections continue despite pandemic: Nearly two-thirds of Americans disapprove of President Donald Trump's handling of the coronavirus crisis. Americans, like voters everywhere, are at odds on many issues these days. But a Trump victory in November would signal that voters aren't ready to blame political leaders for the coronavirus' impact while a loss would make him the world's first COVID-19 political casualty. There are more upcoming coronavirus election tests. Regional elections in Italy later this month will test the strength of that country's wobbly coalition government. Hard-hit Iran will hold a presidential election next June—though it's not clear how far the clerical establishment will go to limit voter choices—and the government's pandemic response will shape broader views of its competence. Voters in virus-ravaged Peru will have their say in April 2021, and Mexico will hold congressional elections in July. A power transition in Germany next year will allow voters angry over COVID-19 restrictions to air their grievances.

Why COVID will erase some jobs for good: Many who've lost jobs during the pandemic will return to work once vaccinations bring COVID-19 under control. But there are three reasons why many others will find their jobs are gone for good. One, some businesses will not survive the economic stress. Two, some employers will see layoffs as a chance to lower labor costs as their companies struggle to restore profitability. Three, COVID-19 has increased incentives for many businesses to accelerate the process of replacing workers with machines that work around the clock and don't take sick days. These inter-related problems will leave large numbers of people in financial trouble in both developed and developing countries. International lenders like the International Monetary Fund will be hard-pressed to answer every call for help from cash-strapped governments, and taxpayers in wealthier countries will demand their governments focus spending on recovery at home rather than bailouts abroad.

Africa isn't out of the woods (yet): So far, the African continent has suffered far fewer COVID infections and deaths than many feared. There are many theories — some of them contradictory — of why that's the case. Some credit demographics: More than 60 percent of Africans are under 25, and young people are believed to weather the virus with fewer bad effects. Some hypothesize that the continent's lower population density makes a difference, while others ask whether crowded urban slums in some countries have exposed many residents to coronaviruses of the past, bolstering immune responses to COVID-19. But these are just theories, and Africa isn't out of the woods. As home to many of the world's poorest countries and people, what happens in Africa will help shape international attitudes toward globalism and whatever barriers might prevent the free flows of people, because there's no region where hardship can push more people from their homes and across borders.

Join us for six virtual events starting on September 23

'Regeneration' is a mind set and collection of practices which bring a different framing to the moment we find ourselves in. Rather than asking how can we bounce back from the crisis, this approach asks how we might create a system that can evolve, learn, and respond more effectively to the complex challenges that we face now and in the future.