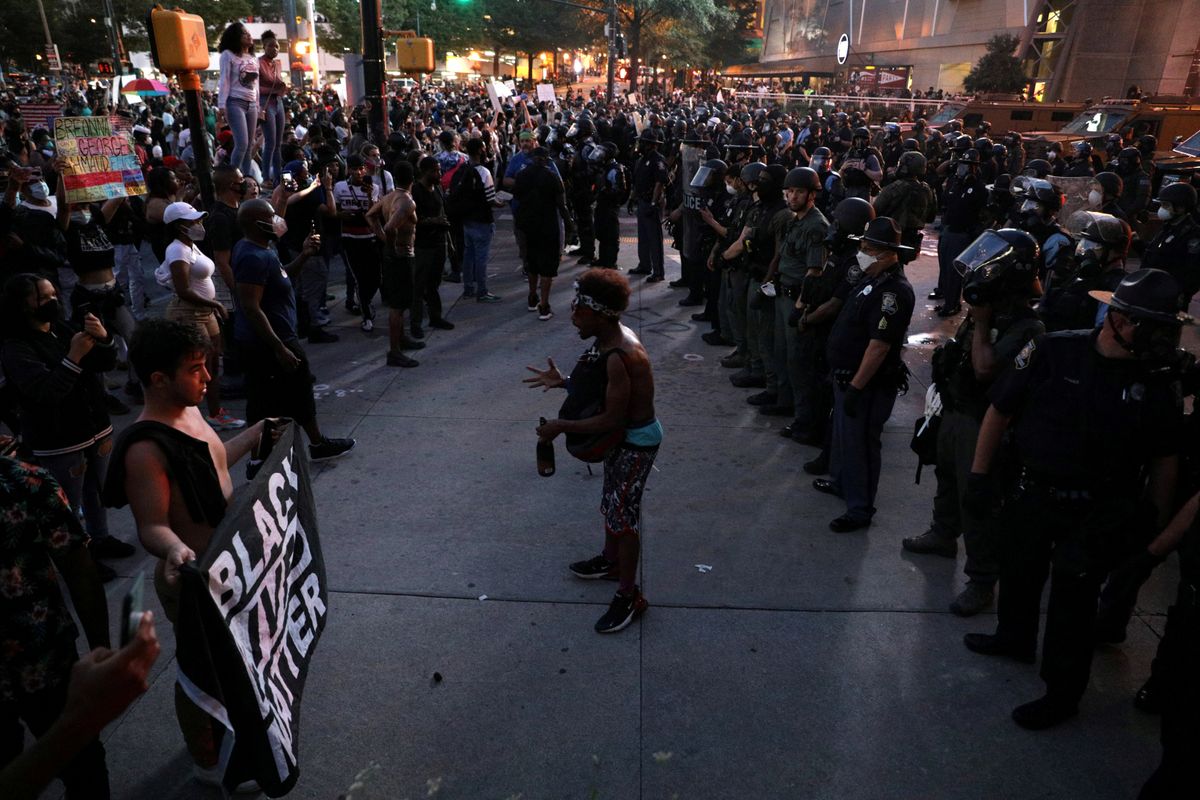 For almost a week now, protests have surged across American cities in response to the videotaped police killing of George Floyd, an unarmed black man detained for allegedly using a counterfeit bill to buy cigarettes.

Alongside largely peaceful demonstrations against police brutality and systemic racial injustice, there have been instances of looting, arson, and aggressive police violence. Several journalists have been arrested.

In many ways, the coronavirus pandemic and recession, which have disproportionately affected black and Latino Americans, have added to the anger on the streets.

The central question of whether, and how, a deeply divided country can make progress towards racial justice can't be answered yet. But here are a few observations.

The scale and immediacy of these protests is unprecedented. Never before have protests in America against racial injustice gone both national and viral this quickly. For previous protests at this scale – whether the upheavals of the late 1960s or those that followed the Rodney King case acquittals in 1992 – you have to reach back to a period well before social media was around to capture injustices on video and to fuel further outrage. Today, everywhere that police and protesters meet, there is a flurry of smartphone cameras and an audience waiting for the footage.

Will the protests change the 2020 election? The protests are about issues that transcend any single ballot or president. And as some activists have pointed out, the policies that shape policing are made at the local level, and demand local accountability.

But with a national election just five months from tomorrow, the upheaval and its aftershocks will surely echo into the campaigns. Will they help Trump? Or his opponent, Joe Biden? The impact either way might be smaller than you think.

To make a difference in the outcome, the protests would need to change many minds either about whom to vote for or whether to vote at all. But this election is shaping up to be mainly a referendum on Trump(ism), and views of him are largely set at this point. In fact, one of the curious features of his presidency, tumultuous as it's been, is the uncanny stability of his approval ratings in the low to mid 40s.

Given the broader political polarization over the protests themselves – when Trump's supporters look at them they see destructive threats to law and order, while his critics tend to see them as justified civic actions radicalized by a violent police response and exploited by provocateurs – it's hard to see many minds changing.

How is it playing abroad? Not so well for the US. Solidarity protests have erupted outside US consulates and embassies in London, Berlin, and Milan. Meanwhile, several authoritarian countries that have recently gotten an earful from Washington over their own repression have gleefully shot back at the White House: Turkey's president decried the US' "racist and fascist" police, Iran's supreme leader let off a tweet in Spanish about the perils of being black in America, while the country's ultraconservative former president allowed himself a provocative Tupac quote. China, for its part, had a field day in light of recent criticism of its crackdown on Hong Kong.

Meanwhile, Russia and China seem to be doing their best to further inflame political tensions over the protests – not that the US needs much help on that score at the moment.