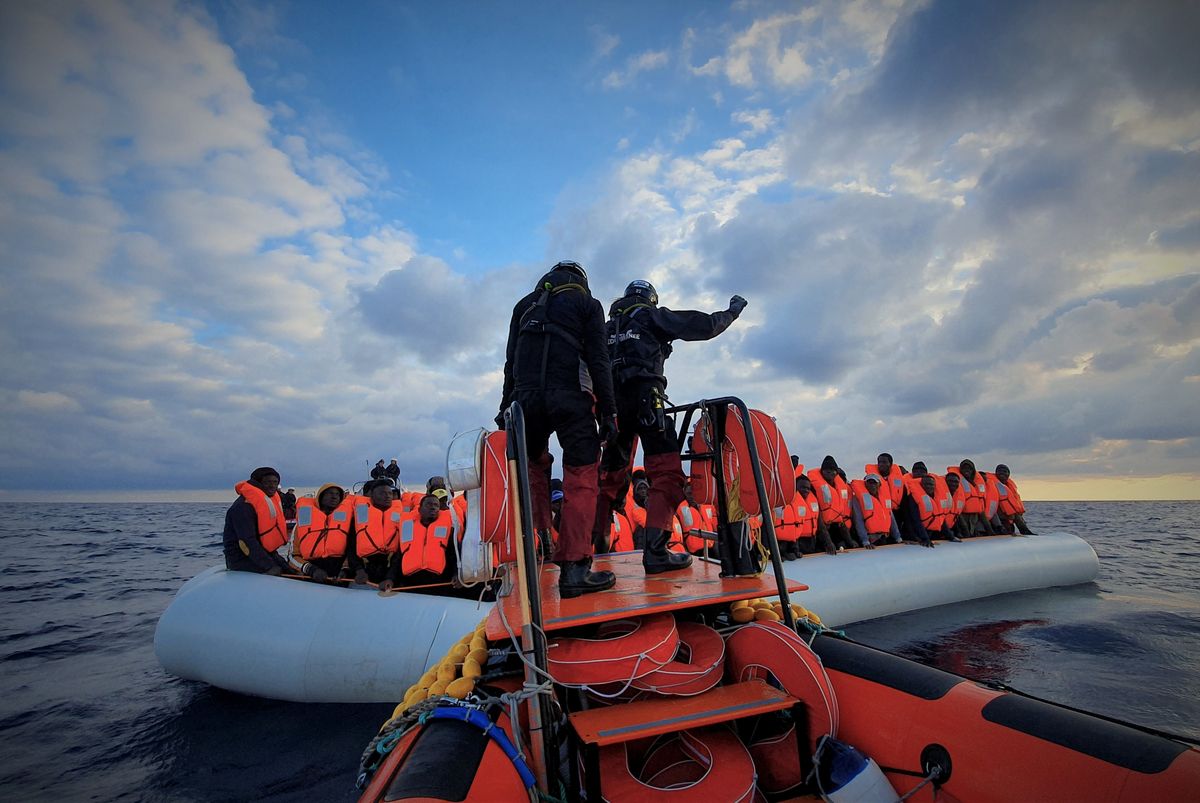 Italy closes its ports to migrants: After a boat carrying 150 Libyan migrants was intercepted off the Italian coast this week, the Italian government rushed to pass an eleventh-hour law barring migrant ships from docking on its shores during the coronavirus crisis. Italy, the main port of entry for migrants crossing the Mediterranean from North Africa, has seen more COVID-19 deaths than any other country to date. Members of Italy's political right and left – including the country's health minister, who belongs to a leftist party that has long supported migrants' rights – joined forces to support the legislation, on the grounds that Italy can't ensure the safety of migrants during the outbreak. But non-government groups that patrol the Mediterranean to rescue migrants say that even in the midst of a global crisis, the rights of asylum seekers should be safeguarded. Rome's move to close the ports comes just six months after a new Italian government reopened them to migrants, overturning the anti-migrant policies spearheaded by former interior minister Matteo Salvini of the right-wing Lega Party. Before Europe became the epicenter of the pandemic, efforts were underway to implement some sort of bloc-wide policy on migrants. But as COVID-19 cases soar throughout the union, this has undoubtedly been put on (the furthest edge of) the back burner.

Spain readies cash for…everyone? The catastrophic economic and social impacts of the coronavirus crisis are sure to force fresh thinking about governments' responsibilities to their citizens. In Spain, which has the highest COVID-19 death rate of any country on earth, the leftist coalition government has proposed a bold step: introducing a Universal Basic Income scheme, under which Spaniards would permanently receive monthly payments directly from the government. A government minister said Tuesday that moves are afoot to implement the measure as soon as possible. It's not clear whether it would target all Spaniards or just people with low income. What's also not clear is how it would be paid for in the long run. Local level experiments with UBI have been tried in a number of countries, but at the nationwide level, there are few examples. Finland scrapped a 2-year nationwide UBI plan in 2019 after finding that it did little to boost employment. At the moment, the only country we know of that runs a nationwide, government backed cash transfer scheme like this is Iran.

COVID-19 in Libya: The UN called for an immediate cessation of hostilities in war-torn Libya after the Libyan National Army (LNA), the defacto government that controls eastern Libya, confirmed its first COVID-19 case Tuesday in Benghazi. The LNA's opponents, the internationally recognized Government of National Accord (GNA), which rules the capital city of Tripoli, has also reported dozens of infections and one death from the virus. Six years of civil war have destroyed Libya's already fragile health infrastructure, and aid agencies, including the World Health Organization, have warned that an outbreak could devastate the country. Calls for a ceasefire seem far-fetched: this week the LNA, headed by the wily warlord Khalifa Haftar, attacked a coronavirus-designated hospital in Tripoli. Here's a reminder of who's who in Libya's intractable civil war.