The EU's big plan to save itself 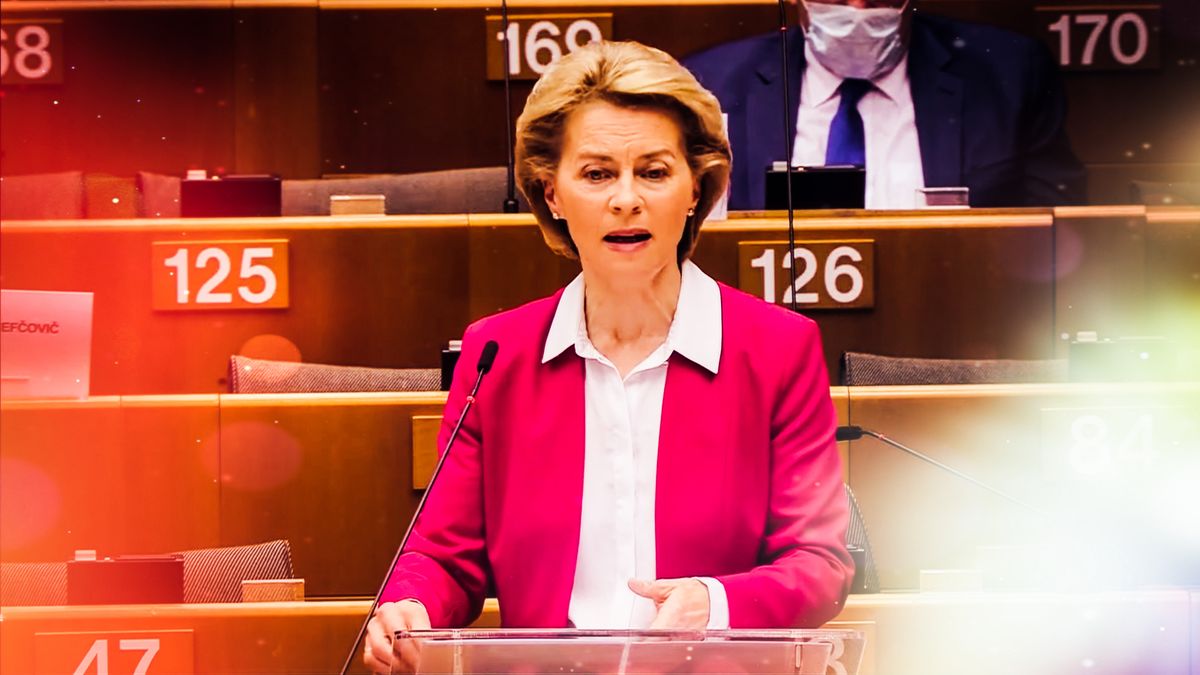 Facing the biggest economic crisis in the EU's history, the European Commission's president, Ursula von der Leyen, pulled out all the stops this week, unveiling an unprecedented plan to boost the union's post-coronavirus recovery.

The plan: The EU would go to international capital markets to raise 750 billion euros ($830 billion). 500 billion of that would be given to member states as grants to fund economic recovery over the next seven years; the remainder would be issued as loans to be paid back to Brussels. The EU would pay back its bondholders for the full 750 billion plus interest by 2058, in part by raising new EU-wide taxes on tech companies and emissions.

Never before has the EU raised debt of this magnitude. But without it, von der Leyen warned, the EU would risk splintering into "haves and have-nots" – that is, countries that have the money to rescue themselves and those that don't.

Having-not, of course, provides fertile ground for Eurosceptic populists, particularly in the South and East, who already think the Union is a sham.

But here's the catch. The plan requires unanimous approval from the parliaments of all 27 EU member states, and that's where things get interesting. Everyone agrees that this is a crisis without precedent, but there are several blocs of countries with divergent interests on how to respond to it.

The "Solidarity" South. Countries like Spain and Italy, which bore the brunt of the pandemic's public health and economic impacts, love the plan. They are already highly indebted, which means they have less room to spend or raise cash of their own to reboot their economies. In their view, if the EU is really a "union," then it should show solidarity in a time of crisis. And solidarity right now is spelled C-A-S-H.

The "Frugal" North. Not so fast, says a group of northern European countries known as the "frugal four" — Netherlands, Sweden, Austria, and Denmark. Their governments, which have relatively low debt levels and sound finances, oppose giving away so much of the money as grants – particularly to countries they worry are fiscally irresponsible — and they are wary of new EU-wide taxation powers.

And then there's the East. Swift lockdowns contained the virus effectively in most former eastern bloc countries like Hungary, Poland, the Czech Republic, Croatia, and the Baltics. But the economic hit has been severe as exports and tourism dry up. These countries, which also lack deep pockets, want to make sure they don't get overlooked in favor of the more visibly COVID-impacted southerners.

And there's an added twist for countries like Hungary and Poland, which have clashed with Brussels over recent attempts to strangle civil society: they don't want bailout money to come with EU demands on new respect for EU rules on democracy and rule of law.

The Big Two: German Chancellor Angela Merkel has traditionally been wary of big bailouts, but last week shifted position and joined France in calling for a 500 billion Euro grant fund. That puts the support of the EU's two largest economies behind Ms. von der Leyen's proposal, just as the horse-trading begins.