No, don’t abolish the WTO. Reform it.

Have you ever read a major op-Ed and thought to yourself, "no! no! no! That's just not right!" Us too. That's why we're launching a new series called The Red Pen, where Ian Bremmer and the crew at Eurasia Group will pick apart the argument in a major opinion piece. Right, left, Republican, Democrat, American, Global — we aren't particular. We just want to keep writers honest. This week, we take the red pen to Senator Josh Hawley's Times op-ed calling for the end of the WTO. No, Josh, killing the WTO isn't a good idea — but reforming it is. Watch the video here, and stay in the red with us! 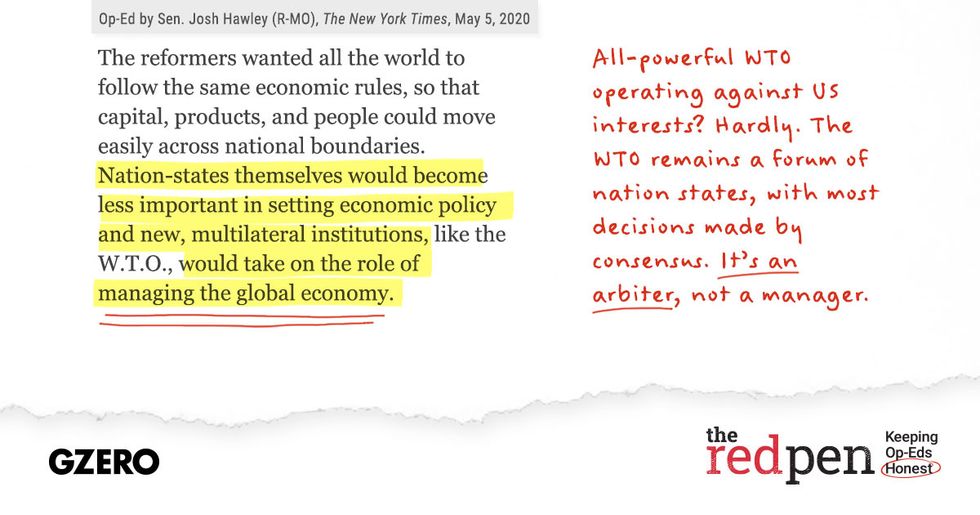 All-powerful WTO operating against US interests? Hardly. The WTO remains a forum of nation states, with most decisions made by consensus. It's an arbiter, not a manager. 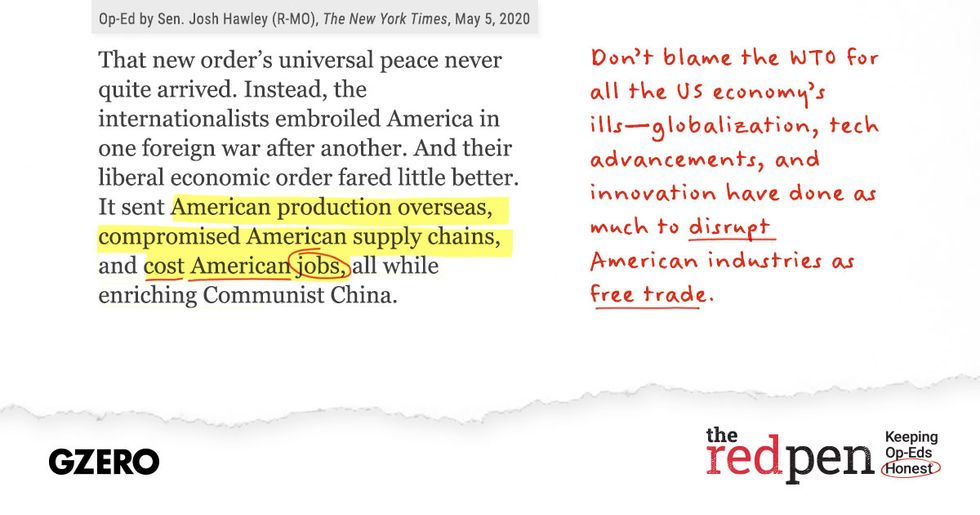 Don't blame the WTO for all the US economy's ills—globalization, tech advancements, and innovation have done as much to disrupt American industries as free trade. 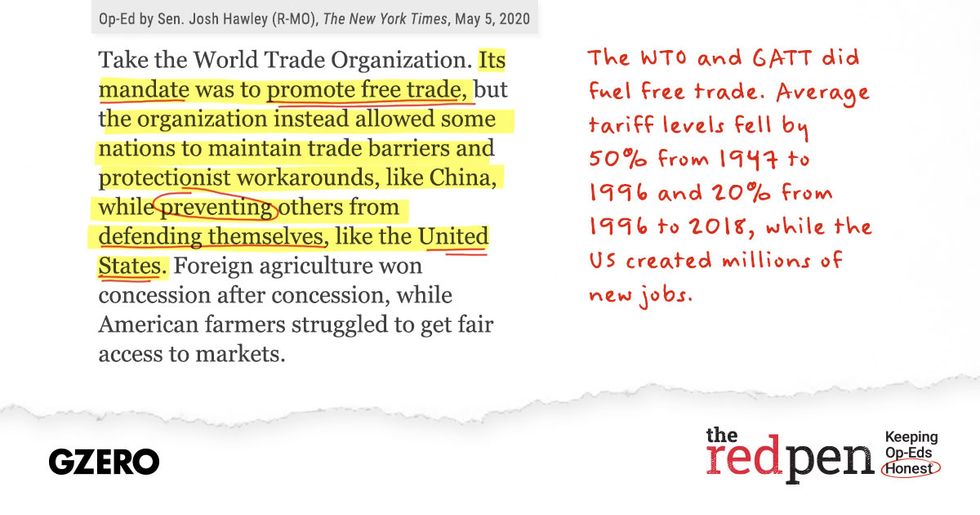 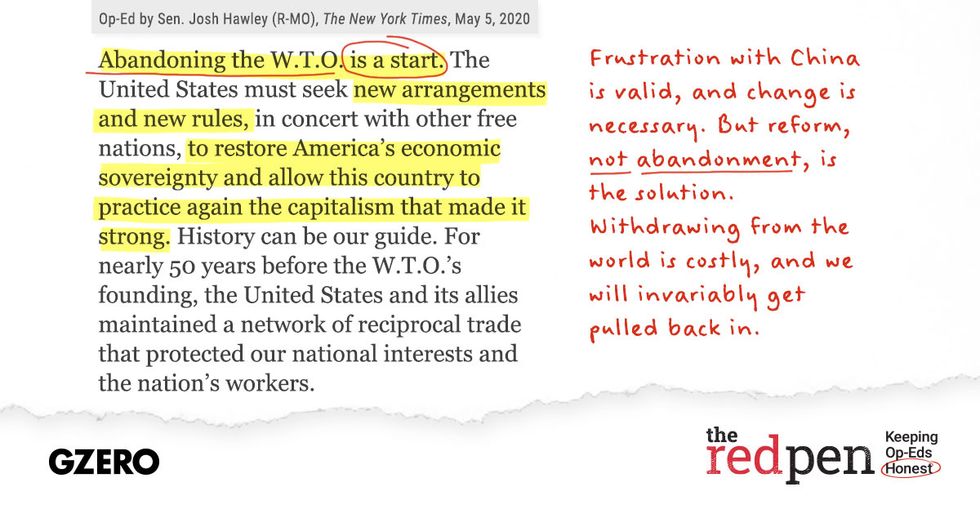 Frustration with China is valid, and change is necessary. But reform, not abandonment, is the solution. Withdrawing from the world is costly, and we will invariably get pulled back in. 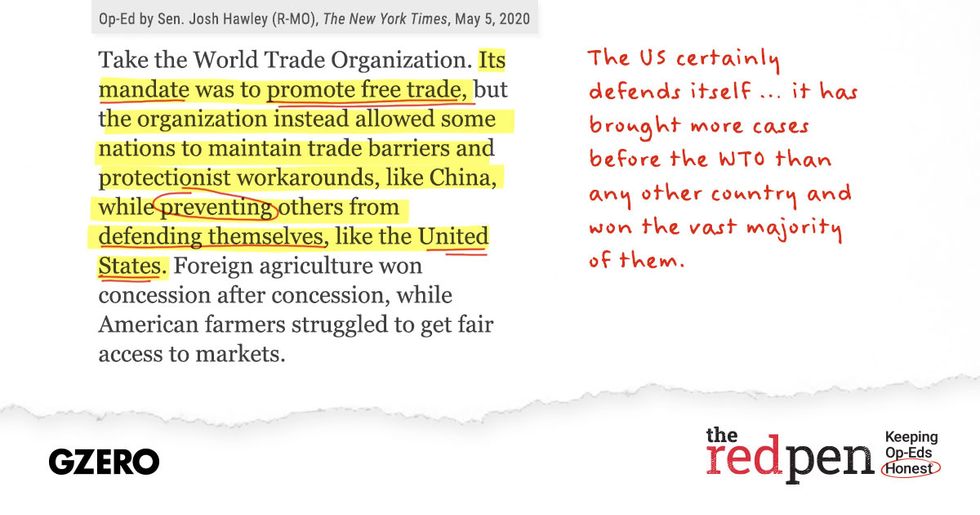 The US certainly defends itself … it has brought more cases before the WTO than any other country and won the vast majority of them.

—With research by Henry Rome, Robert Kahn and Caitlin Dean

The fight with Iran is growing

As Asia’s richest man falters, will his ties to Modi hurt the PM?