UNGA at 75: A unique UNGA for a post-pandemic UN 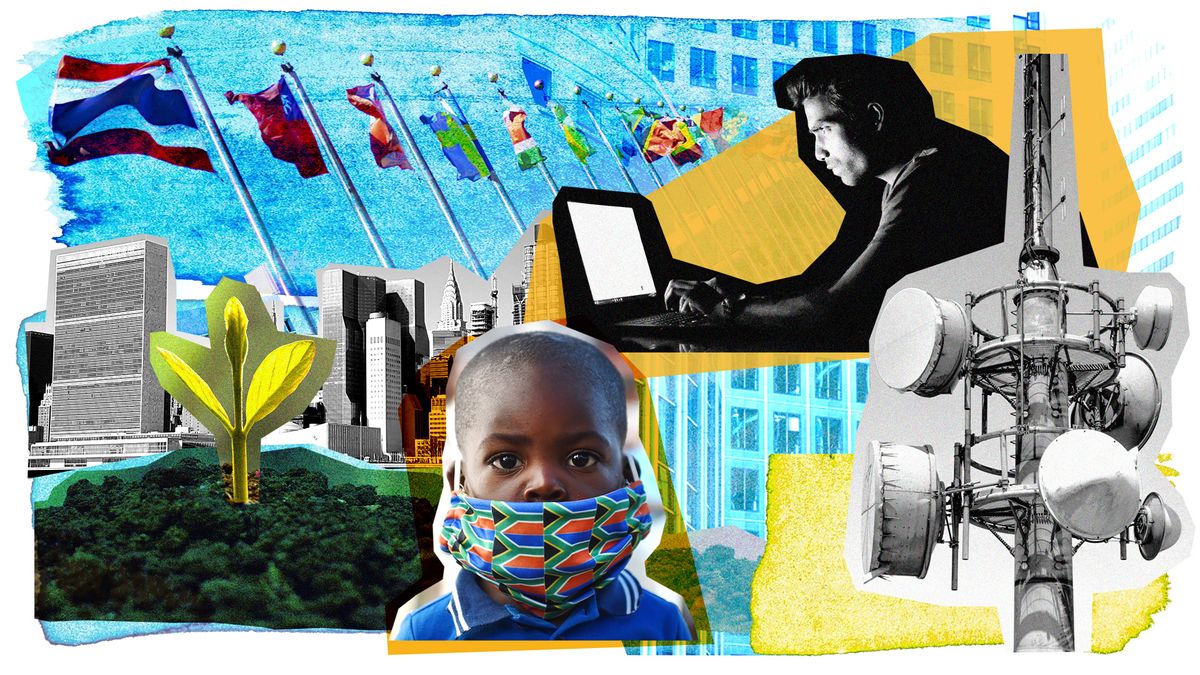 The annual United Nations General Assembly (UNGA), the world's largest diplomatic event, normally entails leaders and representatives from the 193 UN member states descending upon New York for a full week of speeches, high-stakes meetings between governments, and street protests. UNGA has also had its share of surprising moments, like Soviet premier Nikita Kruschev (allegedly) banging his shoe on the desk, or Venezuela's Hugo Chávez suggesting that US President George W. Bush was the devil himself.

This year's UNGA will be very different because of COVID-19. Hotels in New York won't be full of diplomats, metal detectors, and secret service agents. The "contact sport" of diplomacy will go virtual, with great uncertainty over how improvisational breakthroughs often found on the sidelines of UNGA summits will translate to the digital world. And more individuals from around the world than ever before will be able to take part. In other words, UNGA will be very different, but hardly less important (or dramatic).

The COVID-19 pandemic makes this year's UNGA — the 75th — a once-in-a-generation opportunity for global leaders to unite around a single challenge, build the momentum necessary to tackle its effects head-on and chart a clear path forward for multilateralism... all while overcoming the obstacles of working virtually.

What will change? This year's UNGA will be mostly virtual, with world leaders delivering prerecorded statements and only one representative per UN member state attending in-person in the General Assembly Hall. All other events and meetings will take place online — requiring a 20th century institution, which still thinks in analog in many ways, to rapidly embrace 21st century technology. The pandemic will make proceedings more transparent for the general public, but the virtual setting may not be ideal for the most sensitive aspects of diplomacy that occur behind closed doors or the spontaneous meetings in the labyrinthine hallways of the UN. Many UN insiders worry that the virtual format may stand in the way of these unofficial meetings, which are often where the real diplomatic work gets done.

The overwhelming nature of the COVID-19 crisis may also divert attention from other top priorities such as biodiversity, and cash-strapped governments will be less likely to announce concrete financial commitments to meet the UN's Sustainable Development Goals (SDGs), the organization's roadmap for ending poverty and protecting the planet. Finally, there's a serious risk that the urgency of doing something quickly about the pandemic will make UN member states cut corners and compromise on sustainability, so in fact we'll end up "building back worse" than before.

What will stay the same? For the UN, 2020 was supposed to kick off its so-called "Decade of Action" to meet the 17 SDGs by 2030 — and it still is. Although that timeline has been complicated by the coronavirus, the UN has no immediate plans to push back the deadline, and now argues that the need to "build back better" after COVID-19 makes the objective of achieving all SDGs by the end of the decade even more urgent than it was at the beginning of the year.

This year was also expected to be all about the UN's own 75th birthday. A planned year-long celebration of the UN's accomplishments since its formation in 1945 has turned into an opportunity for the UN to draw lessons from its 75 years of experience dealing with global crises that can help the world recover from the pandemic. Finally, this year's high-level meetings will focus — as planned — on UN75, biodiversity, gender equality, and nuclear disarmament.

So, what's cooking for this year's UNGA, who are the key players, what's needed next, and how can you get involved?

What's the UN doing this year?

In 2020, UNGA will be anything but business-as-usual, starting with the schedule. The multiple high-level summits and events that are normally programmed for one week will take place throughout September and October to allow for most discussions and meetings to be virtual or in-person with social distancing. Here's the updated schedule of high-level meetings:

Who are the key players?

Governments are the most important players responding to global challenges, but they can't do so alone. Thus far, their response has also been insufficient, failing to rise to the level of international coordination seen in the wake of the Global Financial Crisis and other pivotal global crises. This presents an opportunity to rethink effective multilateralism for the next 75 years, and it's why this year's UNGA is also bringing together the private sector, NGOs and others interested in a better future for all to together figure out how to meet the 2030 deadline to achieve the development goals in the "new normal" the pandemic has created. Microsoft, for instance, has long committed to Agenda 2030 and this year opened a representation office in New York to advance its partnerships with the UN and its agencies.

What's needed next, and how can I get involved?

This year's UNGA will aim to forge a global compact to prepare for a post-pandemic world that first and foremost focuses on global health in a scenario where COVID-19 has wreaked havoc on global health systems worldwide. But that consensus will also have to address rising inequality as a direct result of the coronavirus, its devastating impact on labor markets, and the political divisions the pandemic has exacerbated. Only a multilateral approach can get governments, the private sector and all other players on the same page so the recovery leaves no one behind.

To mark its 75th anniversary, the UN has been running a global survey on the future of global cooperation: Will COVID-19 bring the world closer together, or rather lead to greater mistrust? Contribute your opinion on what the UN should prioritize in the coming years by taking part in the poll. The survey is open until the end of 2020, and preliminary results will be announced at the commemoration ceremony.

A sneak peek at the findings shows that over 90 percent of respondents believe that global cooperation is vital to respond to today's challenges, including COVID-19. Those surveyed have identified health, access to basic services, global solidarity and making economies inclusive as the most pressing short-term priorities, and addressing climate change, corruption, poverty and conflict/violence as the most vital long-term goals.

In the meantime, stay tuned for special coverage on four key themes — climate and sustainability, crisis response and recovery, digital inclusion, and digital peace — by GZERO Media in partnership with Microsoft and Eurasia Group.

Gutteres on virtual UNGA: “Huge loss in efficiency” for diplomacy

The pandemic has forced this year's UN General Assembly to be mostly virtual, but will it prove to be an effective way for world leaders to discuss the critical issues of the moment? Ian Bremmer talks to UN Secretary-General Antonio Guterres about the challenges of diplomacy in the Zoom where it happens. The exchange is part of a wide-ranging interview for GZERO World.

The episode begins airing nationally in the US on public television this Friday, September 18. Check local listings.

I don't think that as a legal argument you could make the case that he's violated the law. But as a principle, potentially shutting down a vibrant platform where a lot of people say a lot of stuff, it doesn't look good. I think he's in violation of the spirit of the constitution, but I have a hard time viewing it as a legal matter.

No matter who wins the US election, the result will echo around the world through America's policies on trade, immigration, and security. To understand that impact better, the writers of Signal, GZERO's newsletter, asked local journalists in 24 countries how the election is viewed where they live, and what they expect next. Overall, unease about the US role in the world will last well beyond November 3. This special podcast features highlights of those interviews presented by the Signal team, and moderated by GZERO's Alex Kliment.

This podcast is part of the GZERO project Global voices on the US election, which you can find in full here.

Gutteres on virtual UNGA: “Huge loss in efficiency” for diplomacy