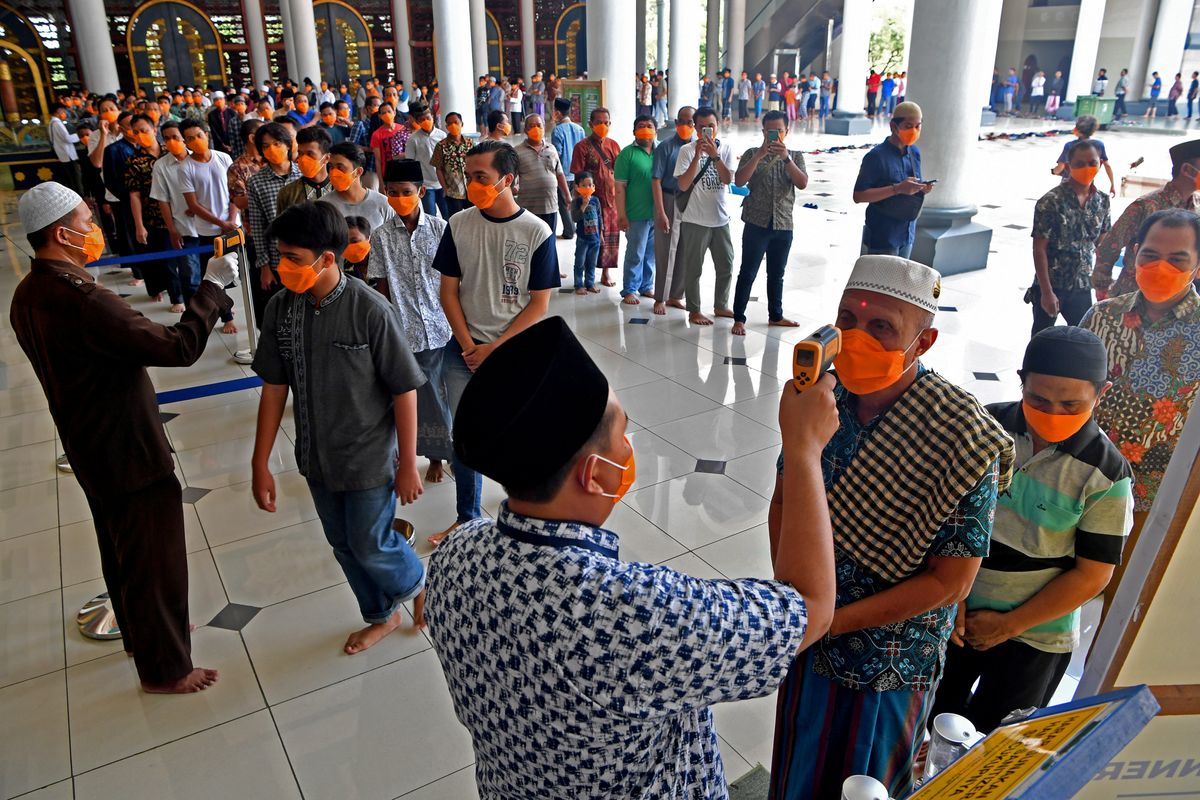 Ramadan in the time of COVID-19: Many of the world's 1.8 billion Muslims begin marking the holy month of Ramadan on Thursday, but it will be a commemoration with little precedent as communities around the world have to rethink new ways of incorporating some of Islam's central traditions. During Ramadan, Muslims fast from dawn to dusk, and it's customary to gather in mosques and hold communal meals to break the fast. But given quarantine orders in countries with some of the largest Muslim populations, including Pakistan, India, and Malaysia, ensuring compliance with social distancing measures while allowing citizens to observe the holiest month on Islam's calendar, will prove challenging for many governments. In Pakistan, for example, some influential Islamic authorities have instructed Muslims to defy government orders that limit the number of people who can attend mosque services and to gather for prayers. Some Arab countries are leaning heavily on clerics to enforce guidelines. Meanwhile, in Iran, one of the countries hardest hit by COVID-19, supreme leader Ayatollah Khamenei told Iranians to avoid public gatherings during Ramadan and to pray at home – hoping to prevent the chaos seen last month when some Iranian hardliners, bolstered by Shiite clerics, violently stormed shrines that were closed because of the pandemic. In Egypt, meanwhile, actors and production crews have flouted social distancing guidelines in order to produce the country's famed Ramadan soap operas, which are heavily anticipated and widely watched every year.

Africa's ventilator shortage: As countries vie to get their hands on an insufficient global supply of ventilators during the coronavirus pandemic, the entire continent of Africa has a critical shortage of the life-saving machinery. The World Health Organization says there are just 2,000 ventilators between 41 African countries, prompting some doctors in the region to say they feel "defenseless" against the spreading disease. With a population of over 206 million, for example, Nigeria has some 100 ventilators, while South Sudan has just four. Meanwhile, Somalia's health ministry says they don't have access to any machines at all. But even those countries that do have some ventilators stockpiled say that they don't have enough trained medical professionals who know how to operate them. While African countries have so far avoided the worst of the pandemic, the UN warned last week that as the number of COVID-19 cases in the region continues to rise, as many as 3.3 million people could die of the disease unless stricter measures are taken to prevent its spread.

Chile issues first immunity IDs: If we loosen quarantine restrictions, how will we know who is actually safe to work or socialize with? The Chileans have one answer: card everyone. As of yesterday, the government has begun issuing the world's first COVID-19 "immunity" IDs to people who can prove, via testing, that they have recovered from the disease. Chile, which has so far done more testing than any other Latin American country, is still moving toward an expected mid-May peak of infections, but the card scheme is one way that the government wants to balance public health and economic considerations. Critics point out that we still don't know for sure whether people who recover from COVID-19 are immune, and if so for how long. From a political perspective, we wonder how many other countries would be able to impose a system like this, with all the political considerations and privacy concerns that a national, centralized immunity ID systems like this would entail. Would you, reader, be in favor of something like this?
RAMADAN CORONAVIRUS COVID-19 chile africa
Eni