Have you ever read a major op-ed and thought to yourself, "no! no! no! That's just not right!" Us too. This week, Ian Bremmer is joined by analysts Kelsey Broderick and Jeffrey Wright to take the Red Pen to former World Bank president Robert B. Zoellick's Wall Street Journal op-ed. 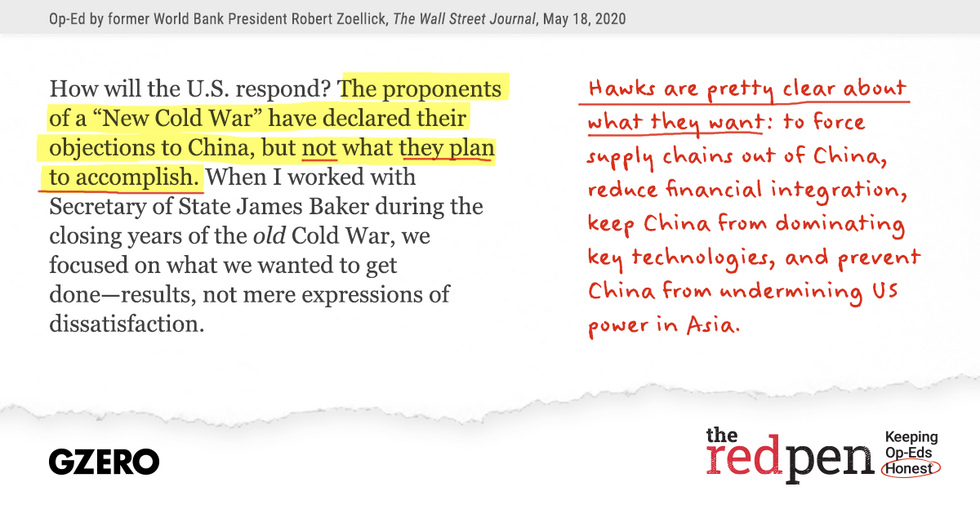 Hawks are pretty clear about what they want: to force supply chains out of China, reduce financial integration, keep China from dominating key technologies, and prevent China from undermining US power in Asia. 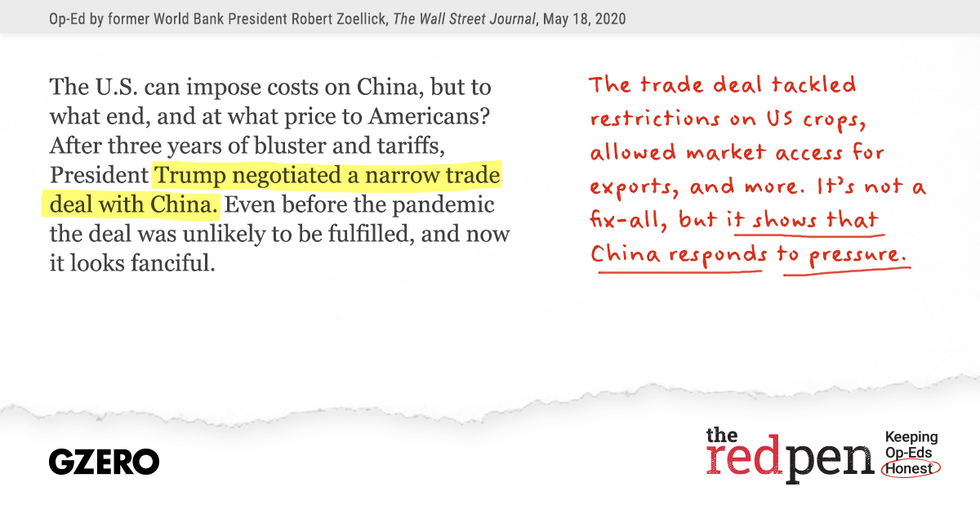 The trade deal tackled restrictions on US crops, allowed market access for exports, and more. It's not a fix-all, but it shows that China responds to pressure. 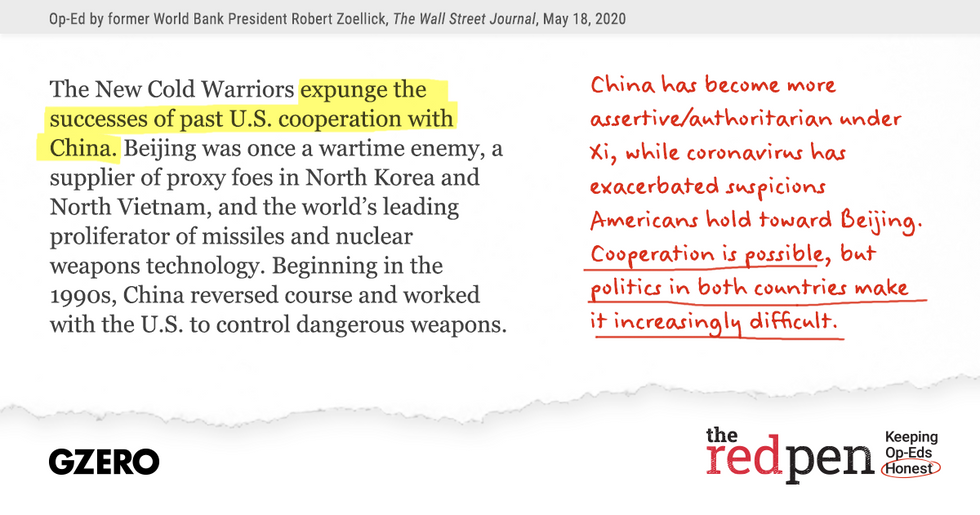 China has become more assertive/authoritarian under Xi, while the coronavirus has exacerbated suspicions Americans hold toward Beijing. Cooperation is possible, but politics in both countries make it increasingly difficult. 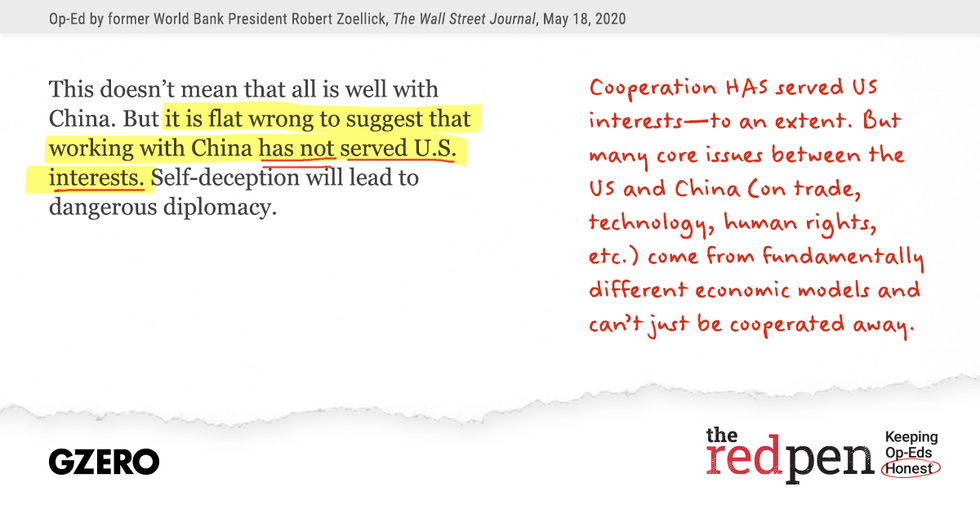 Cooperation HAS served US interests—to an extent. But many core issues between the US and China (on trade, technology, human rights, etc.) come from fundamentally different economic models and can't just be cooperated away.

—With research by Kelsey Broderick and Jeffrey Wright

Ukraine & Moldova are on the path to EU membership

Are the West’s efforts to isolate Russia doomed?

Should NATO watch its southern flank?