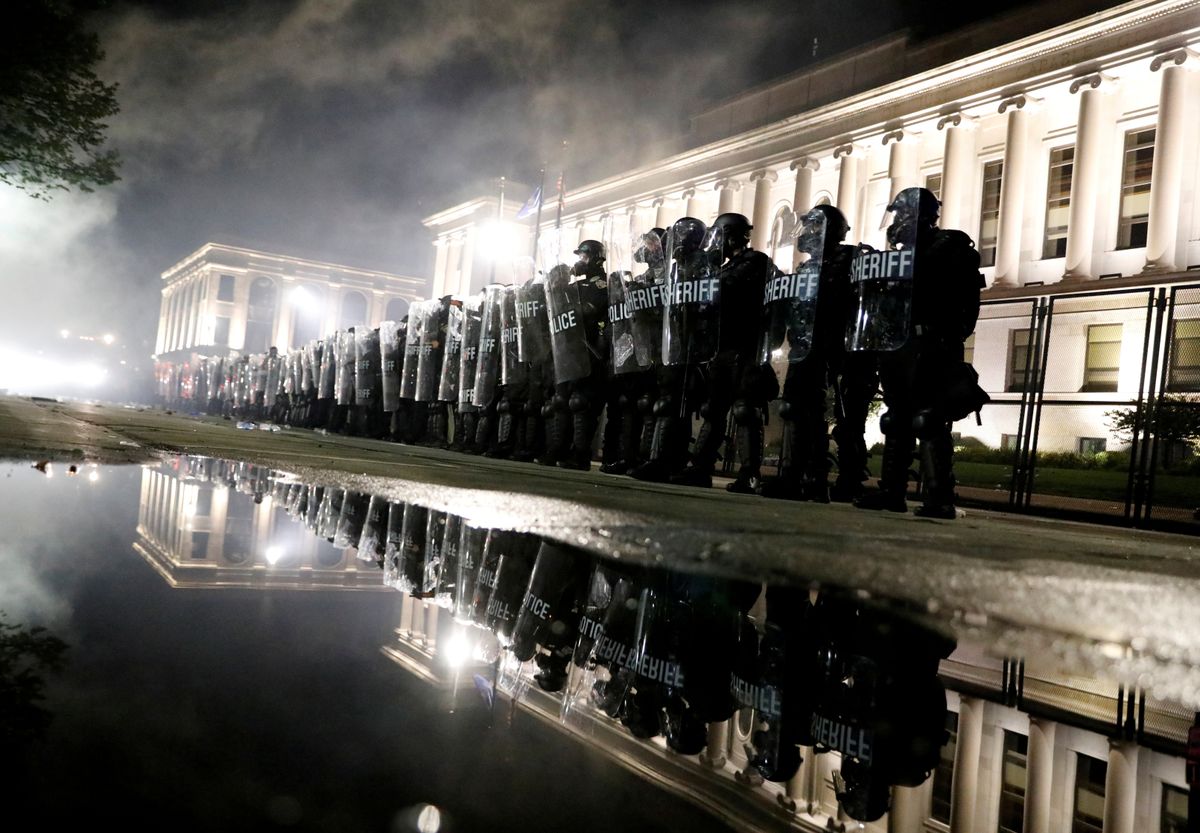 Chaos and anti-racism riots in Wisconsin: A white teenager was arrested Wednesday on murder charges a day after killing at least one of two people shot dead amid street protests over the police shooting of an unarmed Black man in the US city of Kenosha, Wisconsin. Also on Wednesday, the NBA postponed several playoff basketball games after players for the Milwaukee Bucks, Wisconsin's home team, went on strike to protest racial injustice. Although the exact details are still unclear, the two killings occurred after a group of armed civilians — which police described as vigilante militia groups — clashed with protesters once police had cleared the area to enforce a curfew. The protests were sparked by the case of 29-year-old Jacob Blake, who has been left paralyzed after being shot seven times in the back by a white police officer on Sunday. We're watching to see if the protests and riots spread to other parts of the country as was the case back in June, when the killing of George Floyd (also a Black man) by a white police officer in Minneapolis ushered in a wave of mass rallies calling for a national reckoning on racial justice and police brutality, including proposals to reform the police itself in many US cities (and around the world, too). The unrest in Kenosha also takes place as the US presidential election campaign ramps up — President Trump will likely push his tough law-and-order approach to dealing with violent protesters to draw a contrast with his opponent Joe Biden, whom Trump wants to portray as soft on crime.

Coronavirus in Gaza: The Gaza Strip has been placed under lockdown for 48-hours after community transmission of COVID-19 was detected there for the first time. Until now, all known cases in Gaza were linked to quarantine facilities where travelers returning from abroad were required to remain in isolation for 21 days. But these new cases — and one death —were all linked to a family living in the al-Maghazi refugee camp with no known travel record. To date, blockades and restrictions on movement imposed by Israel have spared the impoverished Strip, run by the militant group Hamas, from widespread infection. Gaza, home to over 2 million people, hosts some of the most densely populated refugee camps in the world, where social distancing is impossible. Coupled with a crippled healthcare system, poor sanitation and regular power outages, a deadly outbreak of disease in the enclave would be catastrophic, health experts warn.