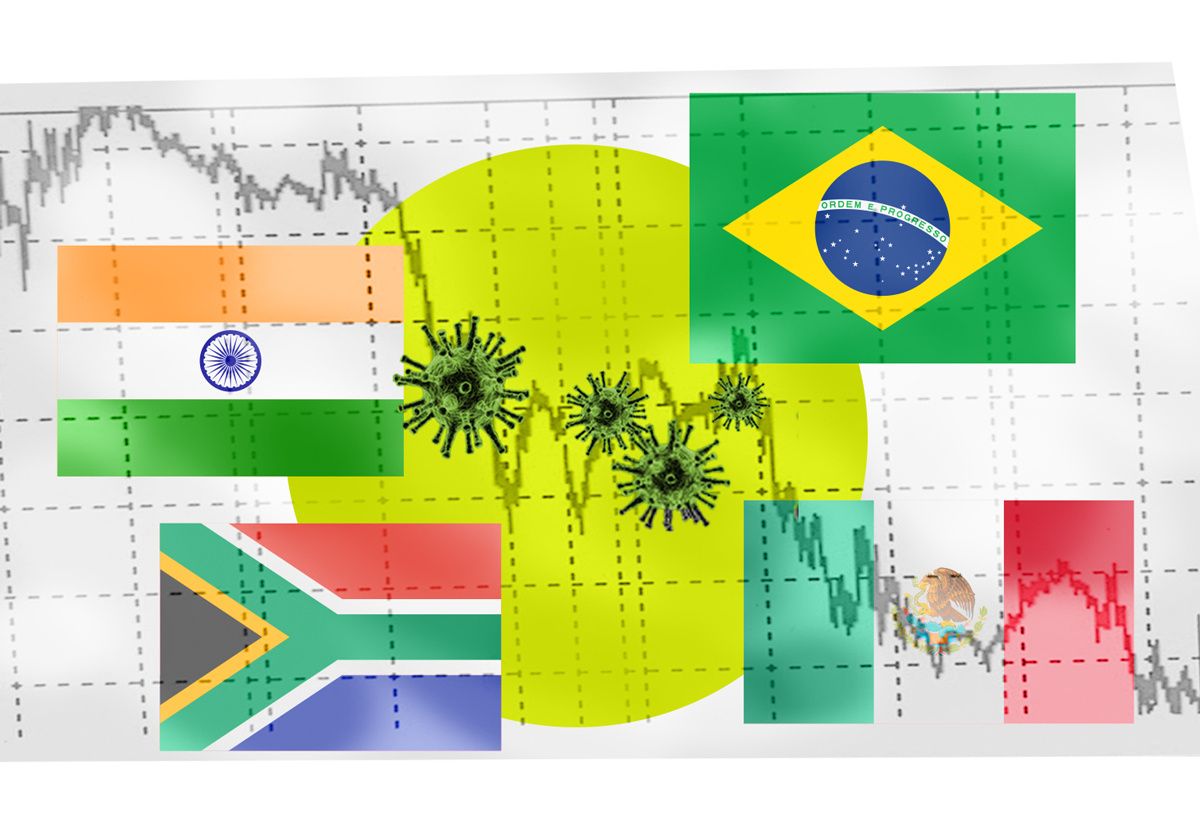 Six months since the first coronavirus case was identified in Wuhan, China, the number of new daily COVID infections peaked last week with more than 177,000 cases reported globally. Yet, though the virus continues to spread like wildfire — mostly in emerging market economies — reopening plans continue to unfurl. Why?

The answer is straightforward: survival. For many people in the developing world, going to work is the difference between food on the table and starvation. There's only so much governments can do, therefore, to force people to stay at home. Ordering a lockdown when large numbers of people will simply ignore the order isn't good economics or good politics.

That's why the blueprint for slowing the spread of the virus in the US and Europe won't always work in countries that rely on informal economies to stay afloat. Here are four cases in point.

Mexico: Populist president Andrés Manuel López Obrador, known as AMLO, was slow to shut things down and initially dismissive of the dangers posed by the virus. Mexico has since climbed the list of global hotspots to record almost 24,000 deaths to date, while new cases surge. But the streets of Mexico City, home to 21 million people, are busy again as many return to work in the country's informal sector, which generates nearly a quarter of Mexico's economic output. Many workers living hand-to-mouth say they are more scared of dying from lockdown-induced hunger than of COVID-19. Hospitals are now inundated, and AMLO has since tried to reinstall some restrictions, but anecdotal evidence suggests that compliance is limited. "For us, it's a luxury to get sick," one informal worker told the New York Times.

South Africa: President Cyril Ramaphosa moved swiftly to impose lockdowns in March – and to dole out cash to ease the economic blow for South African families. Despite the effort, South Africa – one of the most economically unequal countries in the world – has recorded more new COVID cases in recent days than at any point during the pandemic. That's in part because many workers have returned to work for fear they'll go hungry unless they quickly bring in cash. With no support for the country's unregulated sector, which employs some 30 percent of South African workers, long-term lockdowns are not sustainable, a reality Ramaphosa recently acknowledged. Add the problem that social distancing is all but impossible for millions living in impoverished townships.

Brazil: Brazil's COVID caseload surpassed one million this week, and the country topped 50,000 deaths. Fingers are now pointed at President Jair Bolsonaro, who has rebuffed social-distancing measures and joined protests calling for the economy to reopen. In many of Brazil's low-income favelas, where the virus has hit particularly hard, community leaders have found innovative ways to monitor cases and supplement poor health and social services. But that only goes so far. In the slums of Rio and São Paulo, where families are packed tightly together with poor sanitation, lockdowns don't always make people safer. Data shows that people who live in these impoverished areas are up to 10 times more likely to die if they contract the coronavirus than people who live in Brazil's wealthier enclaves.

India: Amid ongoing tensions with China, India's government is also grappling with a surge in COVID cases. There were 16,000 new infections on Wednesday alone, the highest single-day total since the pandemic began. Prime Minister Narendra Modi even called on the military to manage makeshift health centers in Delhi to prevent panic and chaos as bed shortages loom. Nonetheless, millions of Indians filled buses, trains, and sidewalks in recent days as lockdown restrictions were eased across the country. Modi gave the greenlight to reopen because the country's economy is in free fall. Indeed, the lockdowns have been particularly brutal for Indians who rely on day labor to make ends meet, many of whom live in unsanitary slums where social distancing is a fantasy, and disease already thrives.

In all four countries, the ability to manage the health crisis is limited by hard economic truths and the limits of political power.