A dangerous déjà vu in Mali 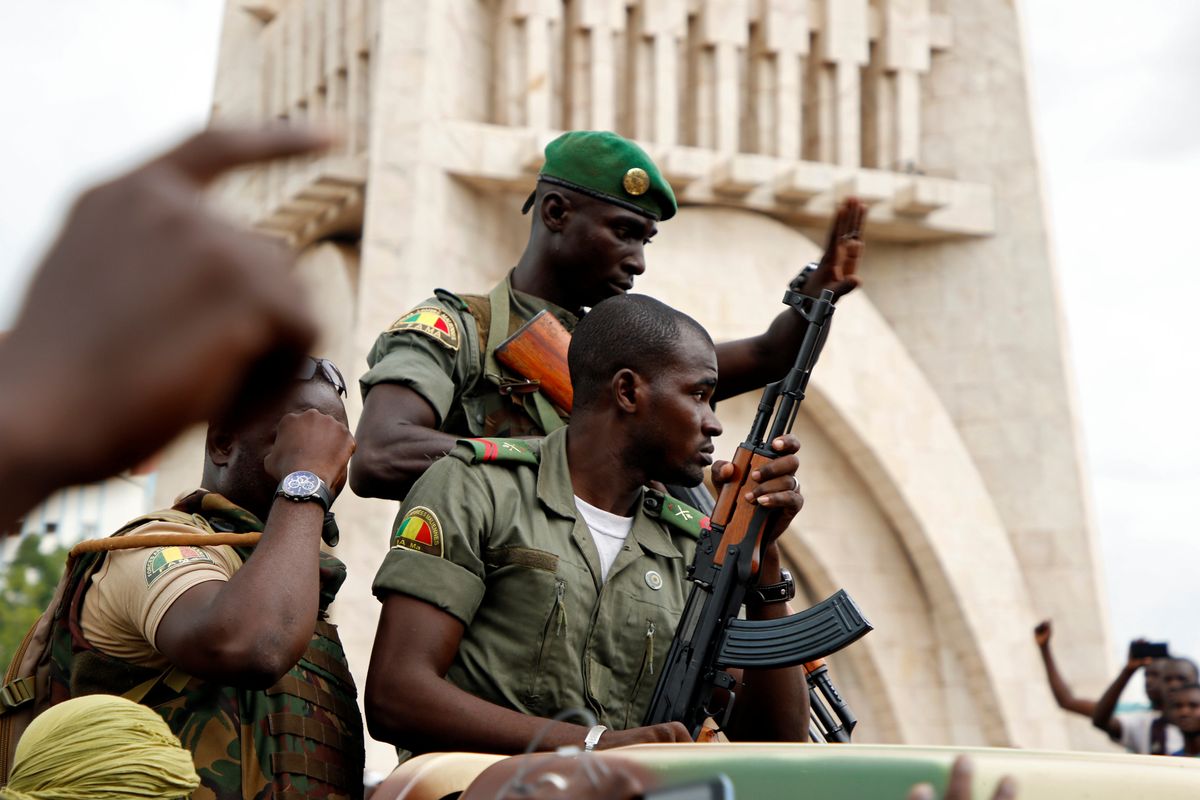 Malians woke up on Wednesday without a government. Although details are still murky, we do know a group of soldiers detained President Ibrahim Boubacar Keïta and forced him to step down. The rebel troops have promised a return to democracy — but isn't that what coup masterminds always say right after seizing power?

How did we get here, what happens now, and who's watching?

Mali's political crisis. Mali, a vast mineral-rich and mostly arid nation in Western Africa, is one of the continent's poorest countries. It also has one of the world's youngest populations (the median age in 2020 is just 16.3) and is extremely vulnerable to climate change as it borders the Sahara.

To make matters worse, years of political instability have opened the way for Islamic militants to take over parts of Malian territory. French troops arrived almost a decade ago to bolster a disgruntled local military that still struggles to keep al-Qaeda and the Islamic State at bay. Attacks have been rising recently, and the violence has spilled over into neighboring Burkina Faso.

Keïta was quite popular when he first voted into power in 2013, less so when he was reelected two years ago, as allegations of corruption and election fraud have eroded his support. The current crisis started in March, when the opposition won big in a parliamentary election, but Mali's constitutional court overturned part of the tally and awarded extra seats to allies of the president.

That brought thousands of Malians to the streets to call for Keïta's ouster. They were unofficially led by Mahmoud Dicko, a popular cleric known as the "Imam of the People" whom many now view as the only figure capable of uniting the country. As the unrest deepened, Keïta tentatively accepted a power-sharing agreement proposed by other West African nations, but the Malian opposition rejected the idea, leaving the country in a deadlock that rebel soldiers attempted to break yesterday by deposing the president.

What happens now? The rebels say they are committed to handing over power to a civilian caretaker government that will call a fresh election. But many fear the sudden military takeover creates an opening for further chaos.

The key figure to watch is Dicko, who could play kingmaker despite earlier refusals to seek political power directly himself. The imam announced his departure from politics after meeting with the coup leaders on Wednesday, but will continue to be influential behind the scenes.

Who's watching outside Mali? France sees its former colony as a key battleground in its "Forever War" against Islamist armed groups in the region. Other EU countries and the US are concerned about further deterioration of security in the region, which could stoke a fresh refugee crisis that might affect Europe.

Regional organizations like the African Union and the Economic Community of West African States are also worried further regional instability, but lack the tools to do much about it. And although there is no word (yet) from either al-Qaeda or ISIS, both stand to benefit from any uncertainty to make further inroads in Mali.

The thing is, we've been here before. Eight years ago, a similar coup created a power vacuum for jihadis to take control of most of northern Mali... until they were expelled by French soldiers. Could it happen again now, or will the military and the protesters restore political stability before Islamic militants exploit the situation to wreak further havoc?