US vs China: Are both sides winning? 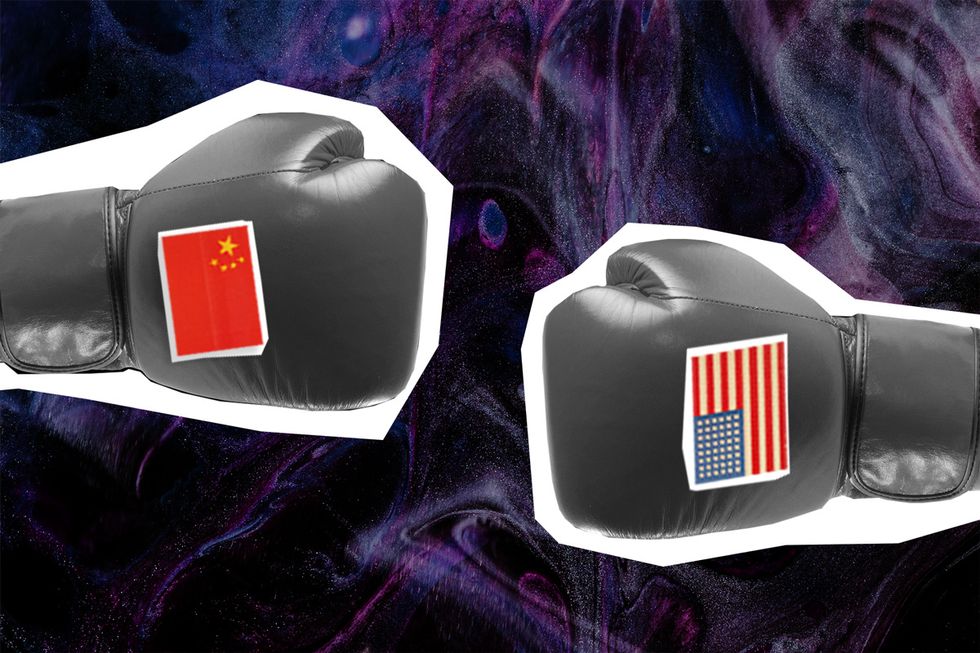 Anyone with a pulse and a smartphone probably knows by now that the US-China rivalry is heating up these days, and fast. (If you know anyone who doesn't, get them a Signal subscription.)

Let's recap the latest drama between the world's two largest economies. In tech, after squeezing Huawei over 5G, US President Donald Trump now wants to ban TikTok and WeChat. Harsh words — backed up by sanctions — are still flying over China's crackdown on Hong Kong and its repression of the Uighurs. The US has also waded into the South China Sea dispute, closed China's consulate in Houston, and stirred up a hornet's nest by dispatching the highest-ranking official to visit Taiwan in more than 40 years.

Why is this all happening? Because each side, in its own mind, is winning.

Trump's big swipes at China are good electoral politics: Americans' distrust of China is at an all-time high, and one of the (very) few things that Democrats and Republicans agree on these days. What's more, Democrats can't really push back on Trump's China approach now that the US intelligence community has said it believes Beijing prefers a Biden victory in November.

For Beijing, the US undermining Chinese tech companies and slapping sanctions on Chinese officials over "internal" matters feeds President Xi Jinping's nationalist narrative that Washington is preventing China from taking its rightful place as a rising global power. It also explains why Beijing wants to break the (US-dominated) internet, and assert its dominance over all territories where China's rule is contested — including Taiwan.

However, there's one area they seem unlikely to mess with for now. Phase I of the US-China trade deal signed in January was hardly a big win for either side, but enough to pause a rapidly escalating trade war that was hurting both US and Chinese businesses (and consumers).

And despite the increasingly bad blood between the two countries, neither wants to blow up that agreement. Trump knows that if the Chinese reimpose earlier tariffs on US agricultural goods, it could hurt him with key US voters whose support he needs to get reelected. Xi, meanwhile, certainly doesn't want a fresh round of US tariffs to kneecap China's own economy, the only major one that is actually growing while the rest of the world suffers a pandemic-related recession.

But tick, tock… No, not the app. The clock is ticking towards a moment when the current situation between the US and China could change more significantly: November 3, the date of the US presidential election.

Competition between the two powers is virtually assured no matter who comes out on top. But the winner will shape what that rivalry looks like at a critical moment.

A Biden presidency is likely to be more predictable and diplomatic, sure — but also to cobble together a broad and effective global coalition that will stand up to China. If Trump wins, the president will probably feel vindicated by his policy so far, and emboldened to hit China even harder, though with less global help. Stay tuned.
2020 election biden 2020 china donald trump election 2020 united states us china relations us election
Eni