What We're Watching: Mistake in Bolivia, missed call in Korea, and will US troops ditch Germany? 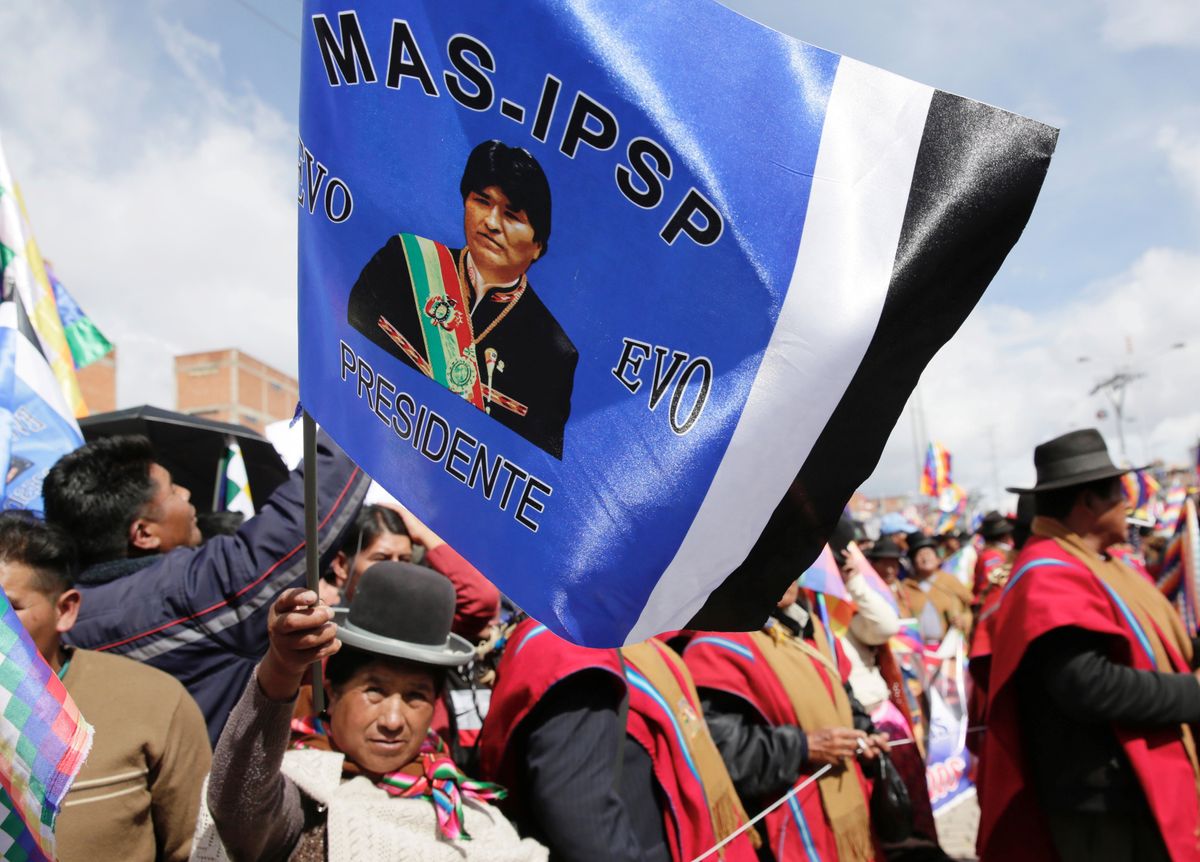 Oops! Maybe there wasn't fraud in Bolivia's election: In October 2018, thousands of Bolivians flocked to the streets to protest irregularities in the re-election of long-serving leftwing President Evo Morales, the nation's first president of indigenous origin. After the independent Organization of American States (OAS) supported those claims, Morales was pushed out of office by the military, and fled to Mexico. But now, Latin America experts at the University of Pennsylvania say that their own research into the contentious ballot fails to support the OAS' findings. The allegation that Morales' cronies interfered with the vote counts and rigged ballots was based on incorrect data and flawed statistical modeling, the researchers say. The new findings do not, importantly, prove that Bolivia's elections were held in a manner that would be considered "free and fair." Still, the OAS blunder, if true, is a big deal: since Morales left the country, a rightwing caretaker government, led by Jeanine Áñez, has cracked down on Morales supporters and postponed fresh elections. Bolivia's parliament recently passed a law compelling Áñez to hold a new vote by August. Morales, for his part, said he will not run in the do-over election, but his handpicked successor is leading in the polls.

Pyongyang and Seoul's missed call: Amid increasing tensions between North and South Korea, Pyongyang initially refused to answer a daily call from the South Monday, the first time this has happened since the calls were set up two years ago by the inter-Korean liaison office. That office was created after a watershed Korean summit in April 2018, with the aim of facilitating cross-border contact and keeping tensions in check across one of the world's most heavily militarized borders. Pyongyang's rebuff comes just days after the North threatened to abrogate the joint liaison office altogether, in response to a flurry of anti-Pyongyang leaflets sent into the North by South Korea-based defectors. At a meeting of the ruling Workers Party Monday, Kim Jong-un emphasized the North's economic independence, in what was seen as an attempt to flex a little muscle for viewers south of the DMZ. Reports say that the two capitals did connect later in the day, but the signal Pyongyang sent by just letting the phone ring at first is a worrying one.

Will US troops walk out on Germany? Media reports last Friday said President Trump has ordered that 9,500 of the 34,500 US troops now stationed in Germany will leave that country by September. We're still awaiting more details, but if true, this decision highlights a question at the heart of Trump's challenge to the US foreign-policy status quo. Critics will say the move would weaken the US military by reducing its presence in the heart of Europe, undermining confidence in NATO and emboldening Russia's Vladimir Putin. Trump's supporters, however, will ask why the US should be responsible for the security of Germany, one of the world's richest countries, 30 years after the Cold War's end. They will remind Trump's critics that, while NATO allies have agreed to spend the equivalent of 2% of their GDP on defense to ensure burdens are shared fairly throughout the alliance, Germany spent less than 1.4% in 2019, and its government says it won't reach 2% until 2031.