Ready for more of Moscow's meddling? 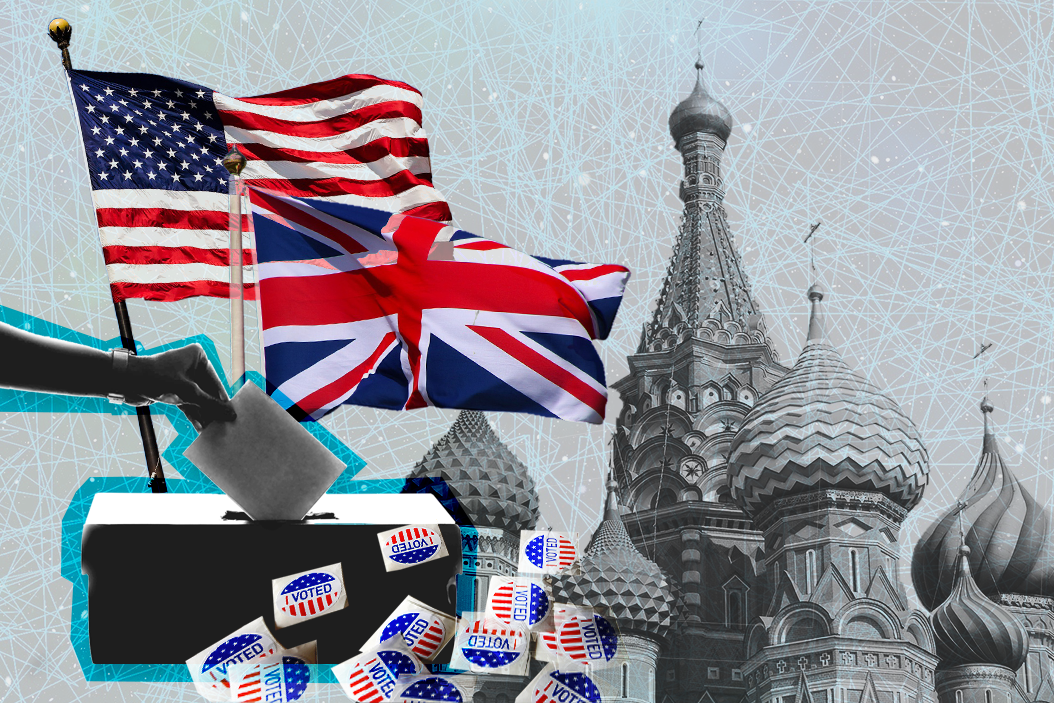 This week, a hotly anticipated report released by a UK parliamentary committee alleged not only that agents of the Russian government have meddled in British politics for years, but that Britain's government bears much of the blame for allowing it to happen.

The report alleges that Russian security services used both hacking and disinformation campaigns to try to boost the cause of Scotland's exit from the UK ahead of the 2014 independence referendum. It also notes that, despite "credible open source commentary" on Russian meddling in Scotland, no action was taken to protect the 2016 Brexit vote, and that the current British government has taken no action to investigate Russia's role in that vote after the fact.

The report also notes that many wealthy Russians "with very close links to Putin have become part of the UK business and social scene" and that "a number of members of the House of Lords have business interests linked to Russia or work directly for major Russian companies linked to the Russian state."

The report was completed before the December 2019 UK elections and therefore offers no information on potential Russian involvement there.

These findings will ring lots of bells for anyone familiar with the Mueller report on Russian interference in the 2016 US presidential election. That report found that Russian intelligence officers, or their agents, had hacked the Hillary Clinton campaign and Democratic Party communication systems and published private emails in order to embarrass both. They also used social media to spread false information in order to poison US public attitudes toward Clinton and Democrats.

A few quick points on UK and US parallels… and why this Russian meddling will continue.

First, neither the British nor US investigations found that Russia changed an election result. If Moscow wants Scottish independence, they'll have to try again. And though the Kremlin may have wanted both Brexit and a Trump presidency, there's no hard evidence that Vladimir Putin's operatives actually brought about either outcome.

Second, neither Mueller nor the UK report found evidence of a conspiracy between local politicians and Russia. The UK report alleges the British government doesn't want to look closely into Russian involvement in Brexit, but it doesn't accuse any British politician of working with Russian intelligence. The Mueller report noted "numerous links between the Russian government and the Trump Campaign" but found no evidence of any coordinated action to help Trump win.

Finally, all that said, there is plenty of American and British demand for what Russia is supplying. Increasingly intense political polarization in the UK and US provides fertile ground for the Kremlin's tactics — and the meddling itself then makes the polarization worse. Pro-Brexit and pro-Trump politicians may not have actively conspired with Russian agents, or even known what they were up to, but neither group has done much to prevent Russian meddling in the future. And many British and American voters choose to believe fake Internet stories that this or that hated politician is guilty of terrible crimes simply because they want to believe them.

The bottom line: The Kremlin is less concerned with the outcome of any single vote than with more generally sowing doubts about the integrity of elections and political institutions in the West. So far, it's working. Until governments in targeted countries find a way to hit the right Russian state officials and their backers exactly where it most hurts, Russian meddling will continue — in the 2020 US elections and beyond.

Creating harmony in the workplace

Empathy and listening are key to establishing harmonious relationships, as demonstrated by Callista Azogu, GM of Human Resources & Organization for Nigerian Agip Oil Company (NAOC), an Eni subsidiary in Abuja. "To build trust is very difficult. To destroy it is very easy," says Callista, whose busy days involve everything from personnel issues to union relationships. She sees great potential for her native Nigeria not only because of the country's natural resources, but because of its vibrant and creative people.

Learn more about Callista in this episode of Faces of Eni.

Saturday will mark the beginning of an historic turning point for European politics as 1,001 voting members of Germany's Christian Democratic Union, the party of Chancellor Angela Merkel, hold an online conference to elect a new leader.

Here are the basic facts:

Does Cuba belong back on the US's State Sponsors of Terrorism list? The Wall Street Journal Editorial Board showed their support for Secretary of State Mike Pompeo's decision on this issue in a recent opinion piece, "Cuba's Support for Terror." But in this edition of The Red Pen, Ian Bremmer and Eurasia Group analysts Risa Grais-Targow, Jeffrey Wright and Regina Argenzio argue that the WSJ's op-ed goes too far.

We are now just a few days away from the official end of Donald Trump's presidency, but the impacts of his latest moves in office will obviously last far beyond Joe Biden's inauguration. There's the deep structural political polarization, the ongoing investigations into the violence we saw at the Capitol, lord knows what happens over the next few days, there's also last-minute policy decisions here and abroad. And that's where we're taking our Red Pen this week, specifically US relations with Cuba.

Impeachment. President Trump became the first president ever to be impeached twice this week. And the question on everybody's mind is will he be convicted in the Senate? And I think the answer right now is we just don't know. I'd probably bet against it. There was a really strong Republican vote against impeaching him in the House, with only 10 of the over 100 Republicans breaking with the President and voting to impeach him. And the question now is in the Senate, is there more support for a conviction? Senate Majority Leader McConnell has indicated he's at least open to it and wants to hear some of the facts. And I expect you're going to hear a lot of other Republicans make the same statement, at least until the trial begins.

Why the US was unprepared for the 2020 cyber breach

They call it Einstein. It's the multibillion-dollar digital defense system the US has used to catch outside hackers and attackers since 2003. But it was no match for what's looking like one of the biggest cyber breaches in US history. Ian Bremmer breaks it down.

Watch the GZERO World episode: Cyber attack: an act of espionage or war?

This time, Trump's impeachment will have Republican support

Europe reacts to attack on US Capitol with disbelief, horror & sorrow

How do the US Capitol events impact the GOP, DC security & Biden policy?

Why the US was unprepared for the 2020 cyber breach

When will the developing world get the vaccine?