Why quantum computing could be a geopolitical time bomb 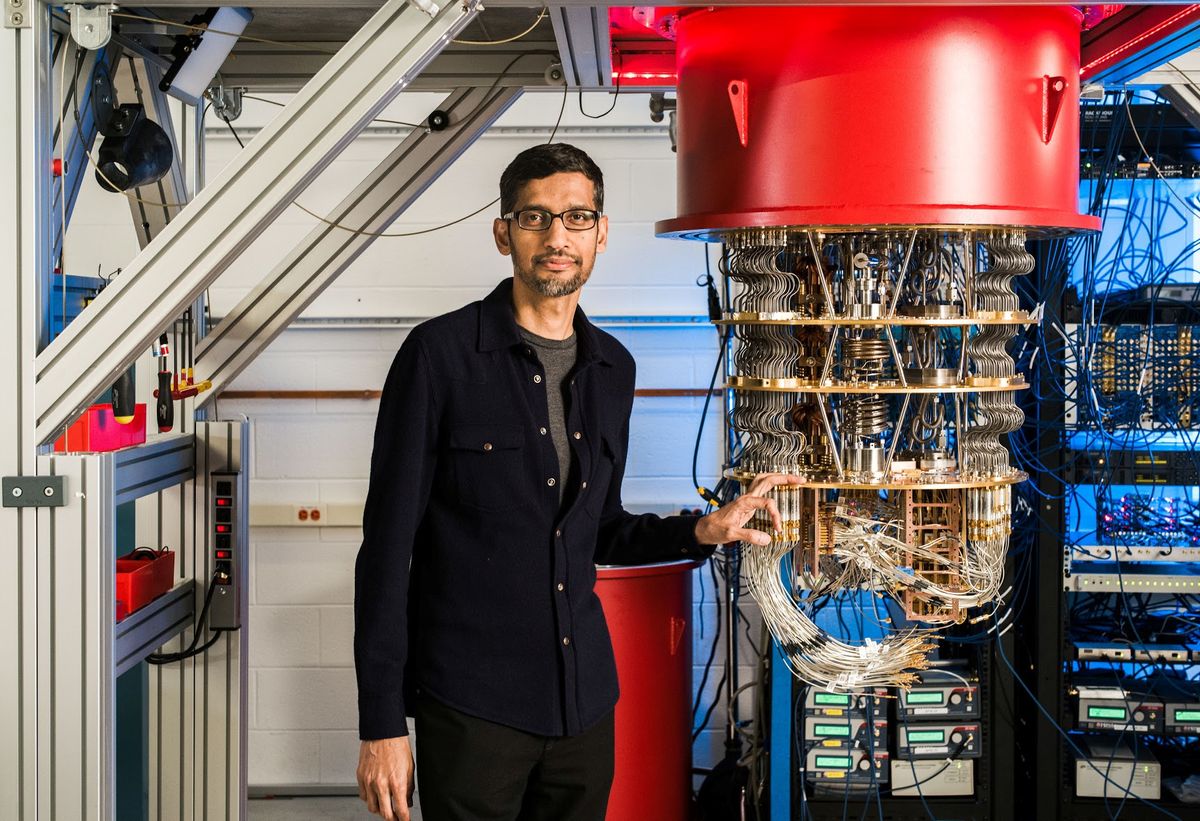 Late last month, Google confirmed that a special kind of rig known as a "quantum computer" had performed an amazing feat. In just a few minutes, it managed to perform a calculation that would have taken the world's most powerful supercomputers thousands of years. The race to develop these computers is in, and it's not just computer nerds who are hyped up about this – the fight for "quantum supremacy," could one day have huge geopolitical implications too.

So what the heck is quantum computing, and why does it matter? Here's a quick rundown:

What the heck is quantum computing? It's a way of computing that is immeasurably faster than what existing computers do. Traditional computers work by adding up 1s and 0s. Quantum computers are, very roughly speaking, able to make finer distinctions between the two, which allows tremendously complex calculations to be done in a fraction of the time it would take using a traditional computer.

There's still a lot of work left to do before Google, or anyone else, can create a reliable quantum computer that works outside of a narrow laboratory setting, but as this recent article by a computer scientist argues, Google's breakthrough is an important milestone on the way there.

Why it matters: the US, China, Russia, and other countries are racing to roll out national strategies, cultivate talent and pump money into quantum computing. Why? Well, quantum computers have the potential to revolutionize how scientists create new medicines or materials, which could boost health and the national economy. They might even help answer fundamental questions about the nature of the universe, which would be a huge win for science. But much more important than all of that is the fact that whoever can build a powerful enough quantum computer might be able to use it to CRACK ALL OF THE CODES.

Consider: In order to crack the encryption on everything from your bank account to nuclear war plans, today's most powerful supercomputers would have to crunch numbers longer than the lifespan of the known universe. But a powerful enough quantum computer might be able to crack the same code in just a few hours, giving whoever owns it access to other countries and their citizens' most sensitive secrets.

No alarms and no surprises, please: That would be a geopolitical earthquake, and at some point, maybe even soon, it's bound to happen. The big question isn't if, it's how: will it be a surprise when it happens? If so, buckle up. If one country suddenly gained an ability to crack its adversaries' codes it might be tempted to use that power to its advantage, while rivals that suddenly wake up to find their most sensitive information compromised might feel a strong temptation to lash out defensively, heightening the risk of global conflict. A quantum surprise could also have immediate destabilizing effects on the economy if people suddenly feared their money was no longer secure and sparked a run on the banking system.

Conversely, the risks of a major flare-up would be lower if governments and companies were able to give each other some measure of transparency about their quantum projects and to develop new, stronger forms of encryption that can keep pace with that progress to keep essential information secure.

But that doesn't seem to be where things are headed. Instead, technologies like artificial intelligence and 5G have already become hotly politicized by growing strategic competition between the US and China. The closer scientists get to building a working quantum computer, the greater the risk that governments will move the most cutting-edge research behind closed doors. That would heighten the risk that one country or another pops a politically destabilizing quantum surprise.