Three O'Clock in the Morning with John Bolton 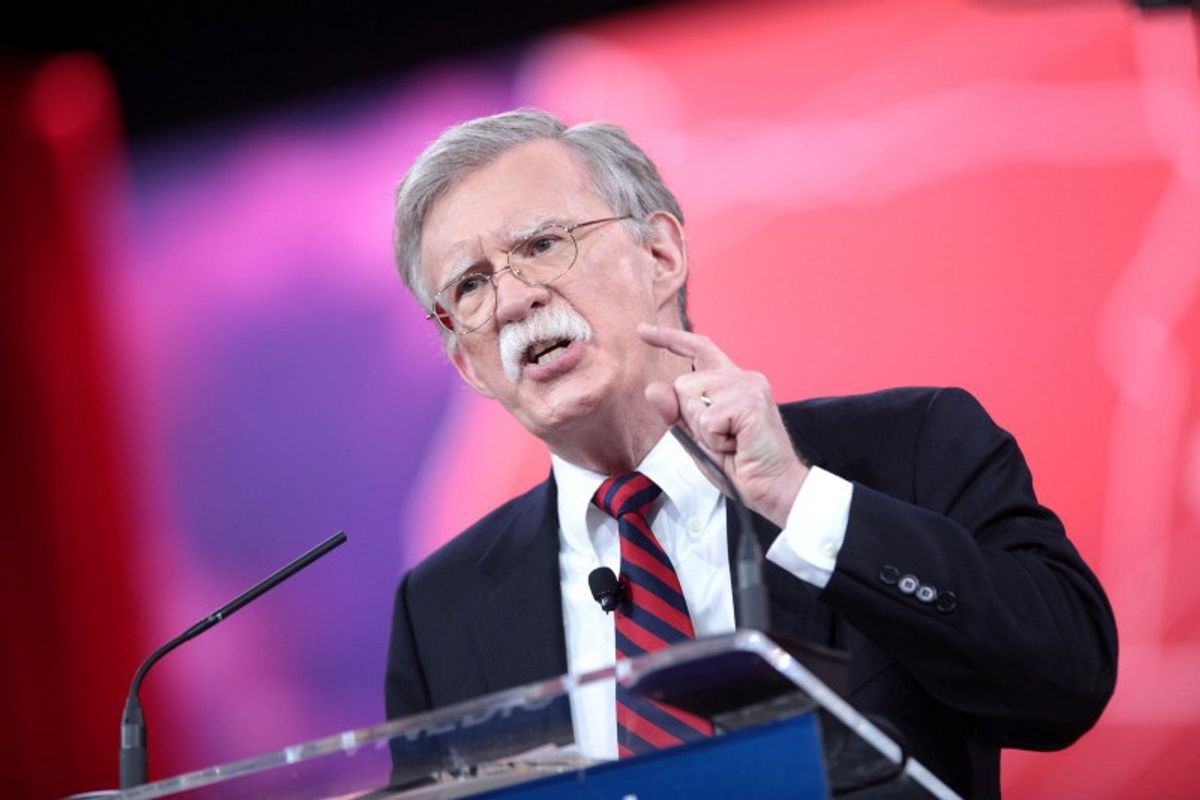 Last Friday, Willis offered some initial takes on the replacement of H.R. McMaster with John Bolton as national security adviser. Here are a few more thoughts on the elevation of a man who advocates US-backed regime change in Iran and North Korea, still stands by the decision to invade Iraq, sees the EU as a drag on US power, and never met an alliance or multilateral institution he wouldn’t use as a doormat:

Trump’s foreign policy team is now much more uniformly hawkish and aligned with Trump’s own impulses, particularly his disdain for alliances and constraints on American power. With Mike Pompeo at the State Department and Bolton as national security adviser, what Trump feels viscerally about foreign policy issues that he largely doesn’t understand will now be corroborated intellectually by the men around him who do. Only in this group could a mad dog be considered a dove.

It’s worth remembering that the national security adviser’s job is to filter and interpret for the president the vast amounts of information that come from the various national security bureaucracies. It’s a job best suited to a careful listener without overt ideological passions. That’s not a description of John Bolton.

Bolton’s shares Trump’s unilateralist disposition, but… his strong support for regime change and pre-emptive war places him in the Dick Cheney school of ass-kicking interventionism, rather than the nationalistic isolationism of his one-time strategist Steve Bannon. That’s a subtle but steady shift for Trump now, whose 2016 campaign, you may recall, painted HER as the warmongering threat to world peace and American interests. How Trump’s base interprets Bolton’s influence on his foreign policy will be interesting to watch.

There is a certain high-stakes logic to picking an unabashed militarist like Bolton. Walking into a negotiation with him as your national security adviser is like placing a gun on the table before the chit-chat even starts. Adversaries will now understand that the threat of US military action is realer than at any previous point in their dealings with Washington. That may give Trump room to play the role of the reasonable dealmaker with his killers at bay. The trouble is, as every playwright knows: if you introduce a gun in the first act, it has to go off before the final curtain. If the Iranians or North Koreans do call Trump’s Bolton bluff, what happens next?

Lastly, I’d worry more about the 3am phone call than the 6am tweet now. If a domestic or international security crisis happens on Bolton’s watch, that wee-hours phone call is coming from, or going to, Bolton. Trump is notoriously impressed by the last person he’s spoken with before making a critical decision. In the event of a massive terrorist attack, a military accident in the skies over Syria or Korea, or some other unforeseen crisis… that person will now be John Bolton.