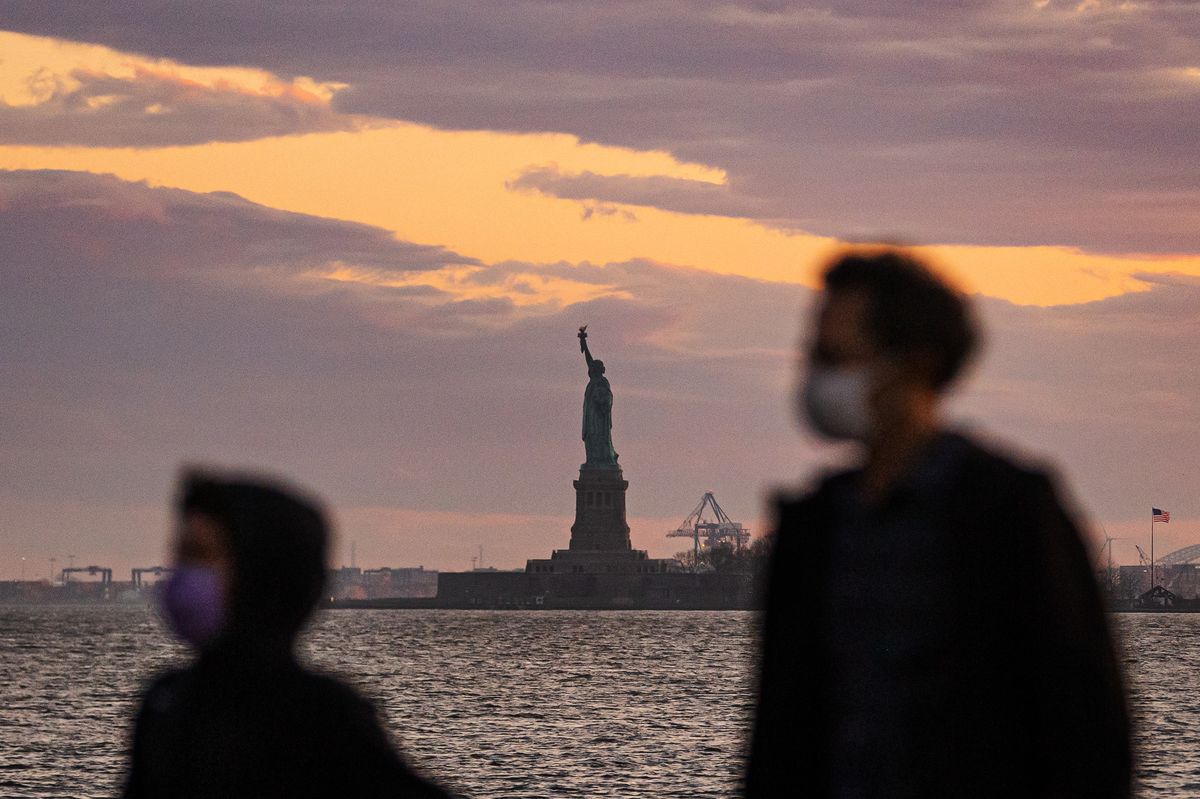 There's sharp disagreement, in particular, on where the true danger in the current crisis now lies. A recent survey found that 78% of Democrats, anxious to contain the spread of the virus, favor stay-at-home orders. Just 45% of Republicans, many of whom worry more over the economic damage that lockdowns inflict, agreed. About three-quarters of Democrats said they worry that lifting the lockdown will trigger a new wave of infection. Just a third of Republicans shared that fear.

Why do Americans view the issue so differently?

It's partly an age-old ideological divide. Voters on the right argue that the law exists to protect individual rights and freedoms against the encroachments of a power-hungry and/or incompetent government. Voters on the left insist that government has a responsibility to ensure public health and safety, even if that means placing limits on individual freedom. They also argue that the economy won't recover until the virus has been contained.

Media widen that divide. Americans tend to get their news from the TV channels, newspapers, and websites that correspond to their political values, and these media produce sharply different sets of information about the world. Social media amplify this effect by separating consumers into ideologically homogenous communities.

Analysis from the New York Times finds that "counties won by President Trump in 2016 have reported just 27 percent of the virus infections and 21 percent of the deaths [in the United States] — even though 45 percent of Americans live in these communities." This is partly to do with population density, since urban areas, more immediately at risk from the quick spread of infectious disease, lean further left than do rural areas.

No wonder then that red America worries more over the impact of job losses and bankrupt business while blue America is still relatively more concerned about the spread of the disease itself.

This may be changing. As COVID kills fewer people in New York City and other hard-hit urban areas where Democrats dominate, business closures and unemployment will become larger political issues, particularly as income inequality, already a hot political issue, widens. At the same time, the virus is now infecting and killing people in rural counties, where Republicans tend to dominate, at some of the highest rates in the United States. People in these areas live further apart, but many work in close quarters in plants and factories—and reluctance to take safety precautions early on in this crisis may finally be catching up with them.

In short, as epidemiological and economic concerns converge, Americans of left and right may have much more in common than they think.