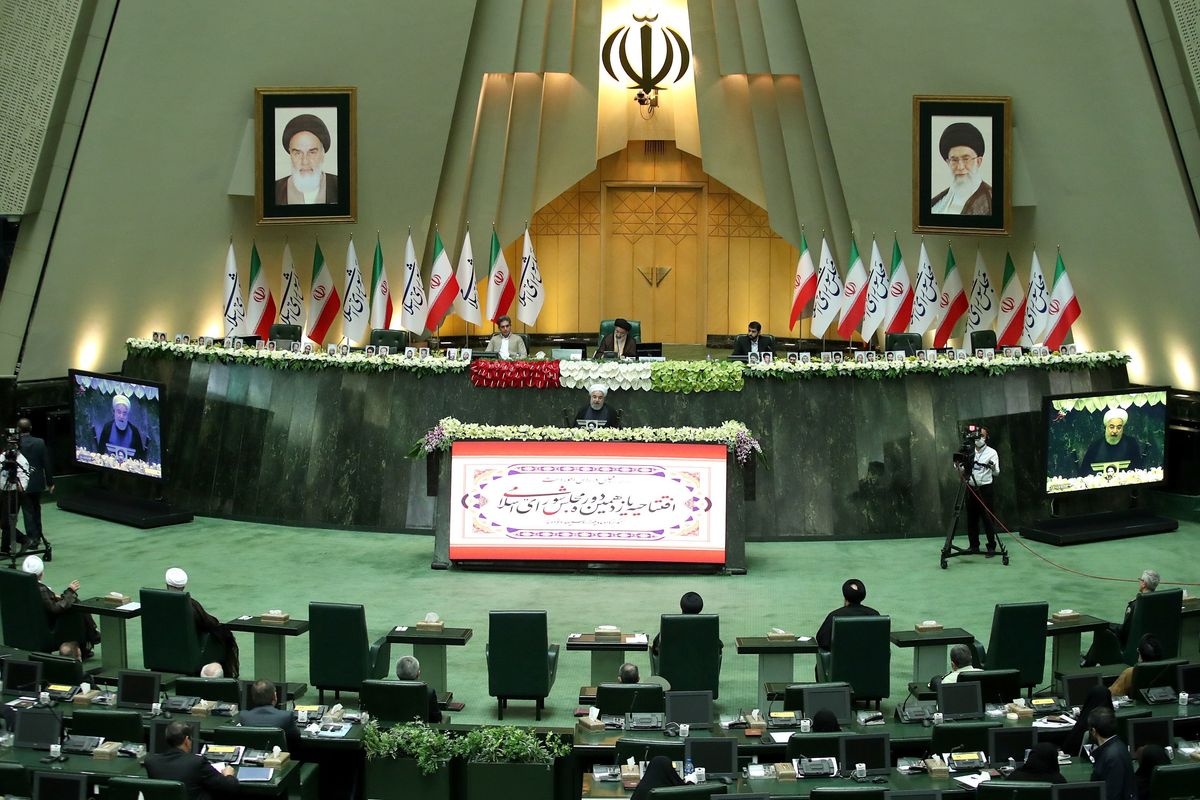 Iran's parliament sits (at a distance): They arrived in masks. They had their temperature taken. And then 268 members of Iran's newly elected parliament were sworn in, convening for the first time, with the appropriate distance between members. The body, which has no influence over foreign policy but does shape economic policy and the annual budget, is this time dominated by religious conservatives who are suspicious of engagement with the West, after many moderates and reformers were disqualified ahead of the most recent election in February. The new parliament has its work cut out: Iran's economy is in freefall as a result of US sanctions, low oil prices, and a coronavirus outbreak that was one of the worst in the Middle East. According to official data, which are widely suspected of being spotty, there have been 141,000 confirmed cases and 7,500 deaths. Two of the dead were newly elected members of parliament.

The new pandemic epicenter: First, it was East Asia. Then Europe was ravaged by COVID-19. The United States followed. And while the death tolls continue to creep upwards in all of those places, Latin America is now the global epicenter of the coronavirus pandemic, according to the World Health Organization. There are close to 2.5 million confirmed cases and at least 143,000 deaths in the region. Brazil, which earlier this week registered the world's highest daily increase in COVID-19 deaths, leads the region with more than 375,000 confirmed cases and 24,000 fatalities. But WHO officials are concerned about surging numbers in Peru, Chile, and Central America. As we've written, the pandemic poses an acute double-edged challenge to Latin America: underfunded health systems will strain to cope with a public health crisis, while the economic impact of measures meant to contain the virus could plunge tens of millions of people back into poverty. It's about to get very real.

India eases as infections rise: In March, Prime Minister Narendra Modi ordered a sudden lockdown of the entire country, giving India's more than 1.3 billion people a mere four-hours notice. Chaos ensued. In recent weeks, Modi has begun easing the lockdown, not because the number of coronavirus infections is falling, but because the country's economy is imploding. There are still no large public gatherings allowed and no flights arriving from outside the country, but people are again on the streets, in stores, in factories, on trains, and on domestic flights. The number of new cases, meanwhile, is still on the rise. Only Brazil, Russia, and the United States are adding more new cases each day. Hospital authorities in Mumbai and Delhi are scrambling to prepare for a likely surge in cases. At the same time, more than 100 million Indians have so far lost their jobs, and the country's already thin social safety net is nowhere near meeting the challenge. By mid-July India may have a million COVID cases, according to a University of Michigan model. If so, India may simply have traded one form of deadly chaos for another.