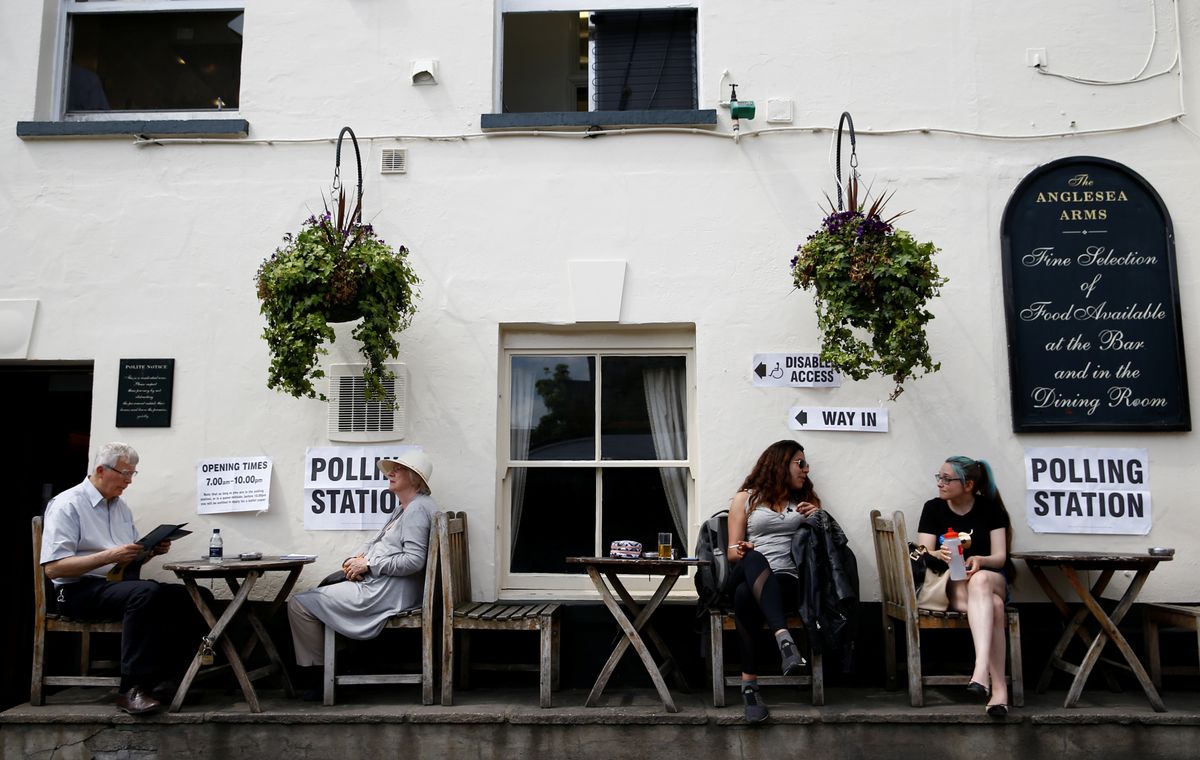 The results of the EU's parliamentary elections are in, but the work of parsing the 28-member bloc's most important election in decades has only just begun. Here are a couple of themes that emerged from the vote:

The center continues to collapse. The two big party blocs that have dominated the parliament – the center-right European People's Party and the center-left Socialists & Democrats – lost about a hundred seats between them. For the first time since direct elections began in 1979, they can no longer form a majority by banding together. They are now looking for coalition partners among smaller parties.

The former fringe has gone mainstream. While traditional centrist parties took it on the chin across the continent, Euro-skeptic populist and nationalist parties led by Italy's Lega and France's National Rally, the top vote-getters in their countries, surged to grab just under a quarter of seats.

But at the same time, the left-environmentalist Green Party also made strong gains, particularly in Germany. If the traditional blocs tap the Greens for a coalition, it could drag the EU's politics further left on some issues, like the environment, even as right-wing politics gains support.

Europeans aren't sleepwalking. More than half of eligible European voters turned out to vote – the strongest showing since 1994. What's more, this is the first time in the history of these elections that turnout increased from one election to the next. That suggests European voters aren't sleepwalking their way into a political realignment, they are actively running towards it.

What to watch next at the national level

In France, President Emmanuel Macron's centrist Republique En Marche, one of Europe's newest parties, came in second to Marine Le Pen's right-wing National Rally party, with 22 percent of the vote vs National Rally's 23 percent. While that's a setback for Macron domestically, it's far from a rout. And the increase in support for alternative parties at the EU level, including the Macron-aligned Alliance of Liberals and Democrats, could give the French president new influence in Brussels.

In Italy, Matteo Salvini's right-wing Lega party trounced his coalition partners, the 5-Star Movement. That's in line with Lega's broader ascent in Italy over the past year. The big question now is whether Salvini will call a snap election to capitalize on his growing momentum and rid himself of the need for a coalition with the discombobulated 5-Star altogether.

In the UK, does the victory of Nigel Farage's Brexit party heighten the chance that the Tories tap a Brexiteer like Boris Johnson as party head and prime minister? If so the risk of the UK careening out of the EU without an agreement on future economic relations would increase. If that happens, the EU, and especially the UK, could be in for major economic pain.

What happens next at the EU level: EU heads of state will meet in coming days to discuss the choice of next president of the European Commission – the executive body that drives EU policy. With no clear governing coalition yet to emerge, the debate is likely to be contentious – indeed, there are already signs of a split between Germany and France over their preferred candidates. Parliament will get its first chance to vote on a new Commission president on July 11. By then, we should have a clearer idea of whether the EU's fractured Europhile majority can hang together against an emboldened populist and nationalist right wing.
From Your Site Articles
eu election results
Eni