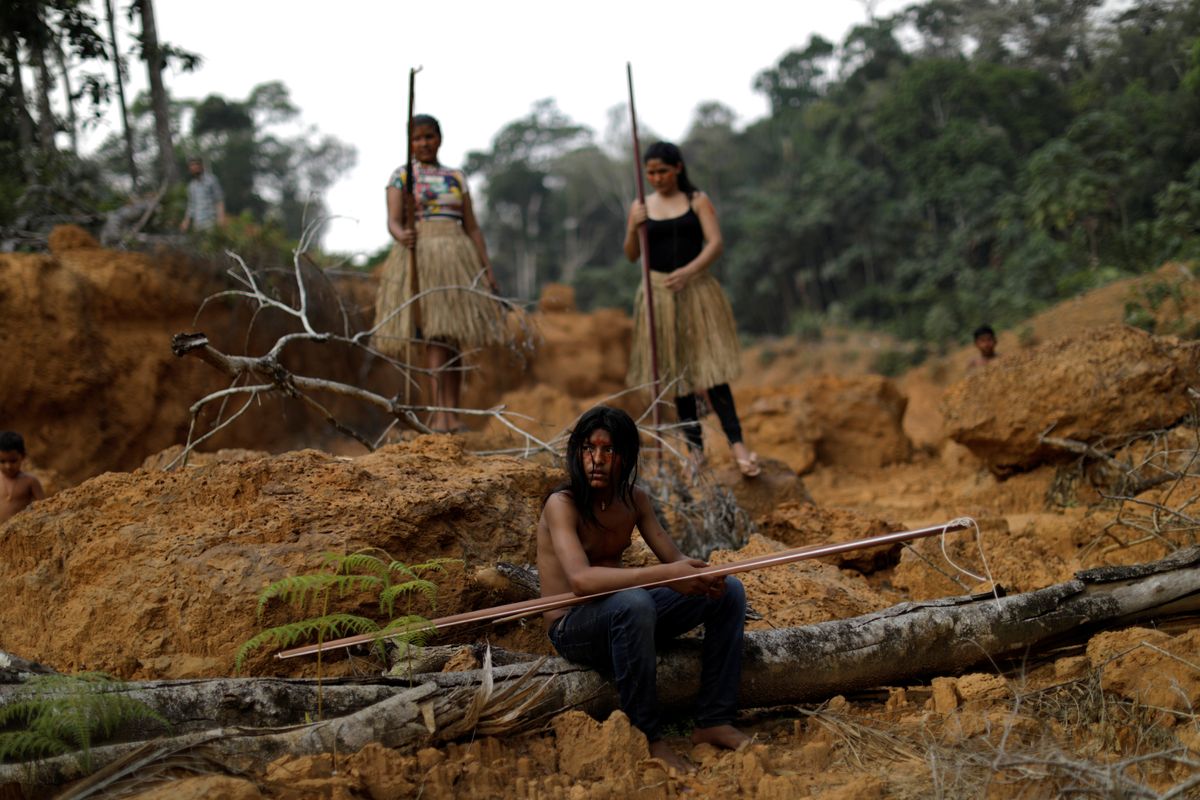 Coronavirus reaches the rainforest: Brazil has reported the first case of coronavirus within one of its more than 300 indigenous tribal communities, after a 20-year old medical worker deep in the Amazon rain forest has tested positive. Officials believe the woman, who lives more than 500 miles from the nearest major city, was infected by a doctor in the area who had recently returned from a vacation in southern Brazil, where the virus has already spread rapidly. Brazil's 850,000 indigenous are at high risk, as they live in highly communal fashion, in remote areas that lack extensive healthcare infrastructure. For some historical context, these people are, themselves, the descendants of the barely 10 percent of indigenous peoples who survived the scourge of infectious diseases brought by European colonizers half a millennium ago.

Norway feels different now: For decades, Norwegians have thought of themselves as annerledeslandet, "the different country." Between the smart use of oil revenues that began pouring in back in the 1970s, and the country's lucrative fishing industry, Norway has enjoyed a much-coveted quality of life and economic stability. But the recent tumble in oil prices, a result of a Saudi-Russian price war and coronavirus lockdowns, has thrown the economy of Europe's largest oil producer, into disarray. In the past month, Norway's currency, the krone, has fallen by about 15 percent against the US dollar, while around five percent of the population has filed for unemployment benefits in the last two weeks alone, producing the highest unemployment level since WWII. Luckily, Norway has the world's largest sovereign wealth fund, a rainy day cushion of around $950 billion, which the government can use to boost the economy. Still, the pandemic is a real test of one of the world's most well run social democracies. After this is all over, will Norway still be different?

Ethiopia elections stalled over COVID: Ethiopia's August presidential and parliamentary elections have been postponed as the country tries to rein in its growing coronavirus outbreak. The long-anticipated polls were largely seen as a referendum on the reformist agenda of Prime Minister Abiy Ahmed, who came to power in 2018 promising to spearhead a democratic awakening, and has since released thousands of political prisoners while lifting the country's ban on opposition parties. But Ahmed is also accused of cracking down on journalists and stifling dissent. Some observers warn that delaying the ballot could further inflame a recent resurgence of religious and ethnic tensions that has left dozens dead and displaced around three million people. Ethiopia, Africa's second-most populous country, and one of its fastest growing economies, has an uphill battle in fighting the pandemic as it grapples with limited testing resources and a neglected medical system (there are just 0.3 hospital beds per every 1,000 people, and around 435 ventilators for a population of 114 million).