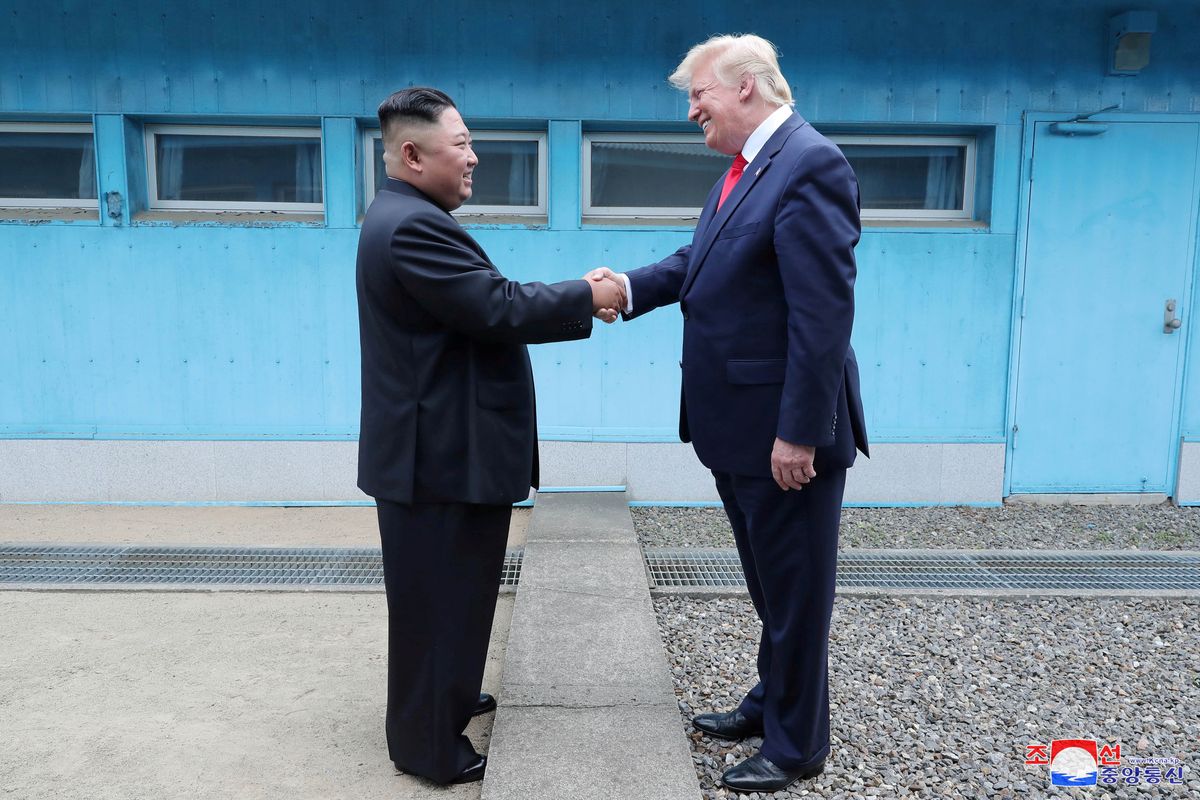 Over the weekend, US President Donald Trump reached a trade truce with China, restarted nuclear talks with North Korea by taking an unprecedented step into that country, and then returned home to the news that Iran has officially exceeded the limits on uranium enrichment set by the 2016 nuclear accord that he ditched last year.

As Trump heads into the final 18 months of his (first?) presidential term, these three huge foreign policy challenges remain unresolved. Despite the ludicrous speed of the news cycle, 18 isn't long in global politics time. So if you're the leader of Iran, China, or North Korea, do you stall to run out the clock? Or do you take your best shot now to get what you want from Trump?

Put yourself in the shoes of these three men…

Ayatollah Khamenei: Trump wants you to sign on to a new, stricter nuclear deal, and he's been ratcheting up sanctions while blaming you for a spike in Persian Gulf shipping attacks. But he chose to hack rather than bomb you in retaliation when you shot down an American drone, which was nice of him. He says he wants to talk to you directly – he is probably salivating at the ratings it would deliver him -- but you aren't prepared to go from "Death to America" to "Welcome Donald Trump" quite so quickly.

Your best bet is probably to wait until 2020 to see if you can get a Democrat who is both more predictable and more favorably disposed to the original Iran deal.

Xi Jinping: Trump has agreed to postpone a massive new round of tariff increases in order to revive talks on a US-China trade deal. And he may even give a little relief to Huawei, your most important tech company. Still, Trump and his team want you to dismantle the state-powered economic system that Made China Great and which, you are certain, will make China the tech superpower of the future.

You are on the fence. If you wait out Trump, you might get a more conventional Democrat in 2020. But a new US president might work more effectively with US allies to lead a united front against your trade and tech practices. Then you'd really be in trouble.

Kim Jong-un: You already have nuclear weapons, and you aren't going to give them up altogether because they are your security guarantee – after all, you've had nightmares about what happened to Qaddafi. And you've balked at even partial concessions until Trump eases some of those crippling sanctions on your country. With a little economic help from China you can hang on for a long time like this. But, here's the thing: Trump seems to like you. To really, really like you. In fact, he likes you in a way that no other US president could have or will again. Shouldn't you leap at the chance to make some kind of deal now? If Trump loses, you might too. After all, as a wise man once said, "the waiting game sucks, let's play Hungry Hungry Hippos."


Beautiful powerful voice interlude: By the way, you may have seen that Trump praised Kim Jong-un's "powerful voice" voice at the DMZ. Whatever, Puppet Regime knew about the North Korean leader's vocal talents months ago when we penned a classic surf tune with him. Check it out here, losers.

Related Articles Around the Web
Microsoft