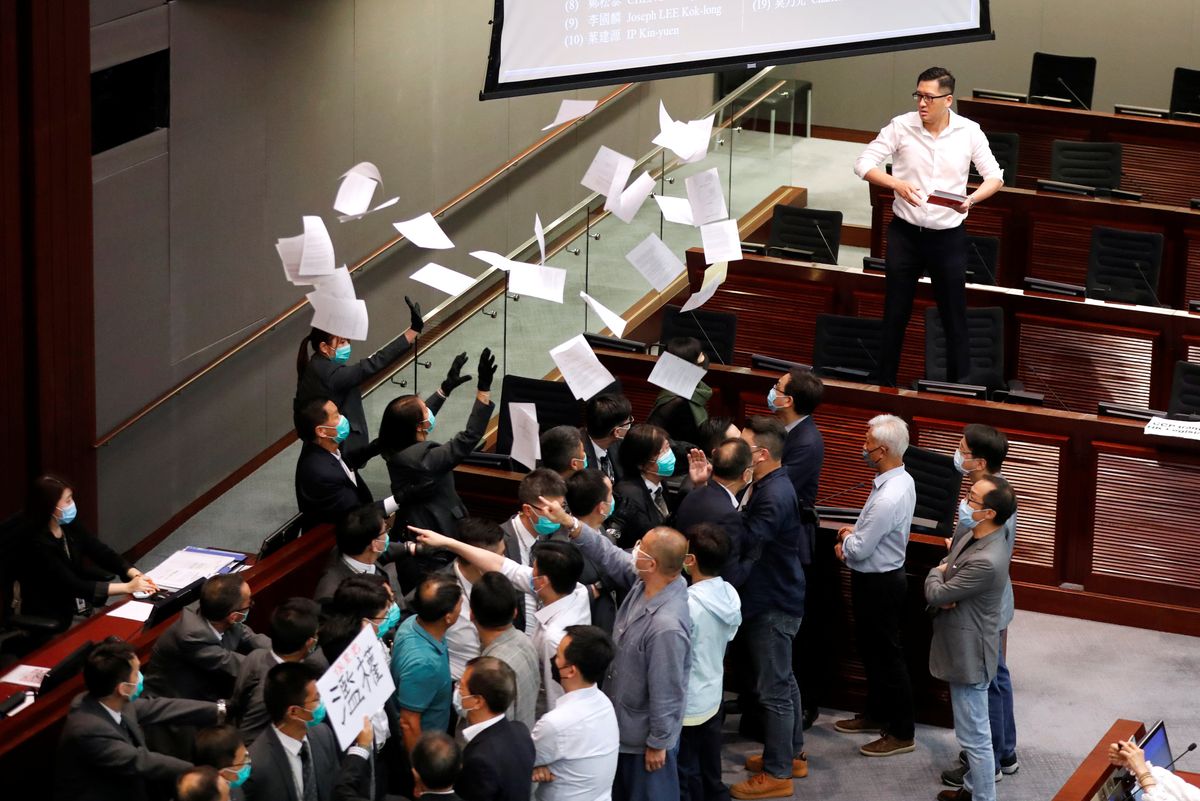 It looks like China's leadership has finally had enough of Hong Kong's pro-democracy movement.

In a speech on Thursday to the national people's congress, a symbolic confab of the country's ruling elite, Premier Li Keqiang announced a new national security law that would outlaw secessionist activity and criminalize foreign influence in Hong Kong. The measure, an explicit response to recent pro-democracy protests there, would also permit mainland China's security agencies to operate openly in the city.

The move caught Hong Kongers and the rest of the world almost totally by surprise.

If the law is passed, it would in practice end the "one country, two systems" arrangement between Beijing and Hong Kong that has existed since the territory reverted from British control to Chinese rule in 1997. Under that model, Hong Kong enjoyed special democratic and economic freedoms unknown on the mainland.

This isn't the first time Beijing has tried to impose a security law like this on Hong Kong. In 2003, a similar attempt provoked mass protests that forced Beijing to back down. But 17 years later, China's leadership has grown much more assertive — both at home and abroad — while Hong Kong's share of the now-massive Chinese economy has dwindled from nearly a fifth of GDP to less than 3 percent.

Establishing firmer control over Hong Kong, which is already within China but living under different laws, is in some ways a dress rehearsal for President Xi Jinping's larger ambition: reunification with Taiwan, which he has pledged to make happen by 2049.

The move could provoke fresh protests. It wasn't long ago that Beijing's attempt to subject Hong Kongers to the jurisdiction of the mainland's (highly politicized) courts touched off the largest demonstrations in the city's history. Those protests, some of which turned violent, fizzled out as the coronavirus pandemic began. But smaller scale ones have popped up again lately, and pro-democracy activists have responded to the new security law by sounding an urgent call to return to the barricades.

Will this inflame US-China ties?

They are in bad shape already, as Beijing and Washington blame each other for the pandemic, expel each other's journalists, and continue to "decouple" their economies. The Hong Kong move could make things worse. US Secretary of State Mike Pompeo called the new security law a "death knell" for Hong Kong's autonomy, and a related sanctions bill is already circulating in the US Senate. President Trump said the US would respond "very strongly" if the security law is implemented. But what, in practice does that mean? The US has limited tools to force China to behave differently within its own borders.

The bottom line: the coronavirus pandemic cooled things off in Hong Kong for a while, but Beijing just whipped out a blowtorch.