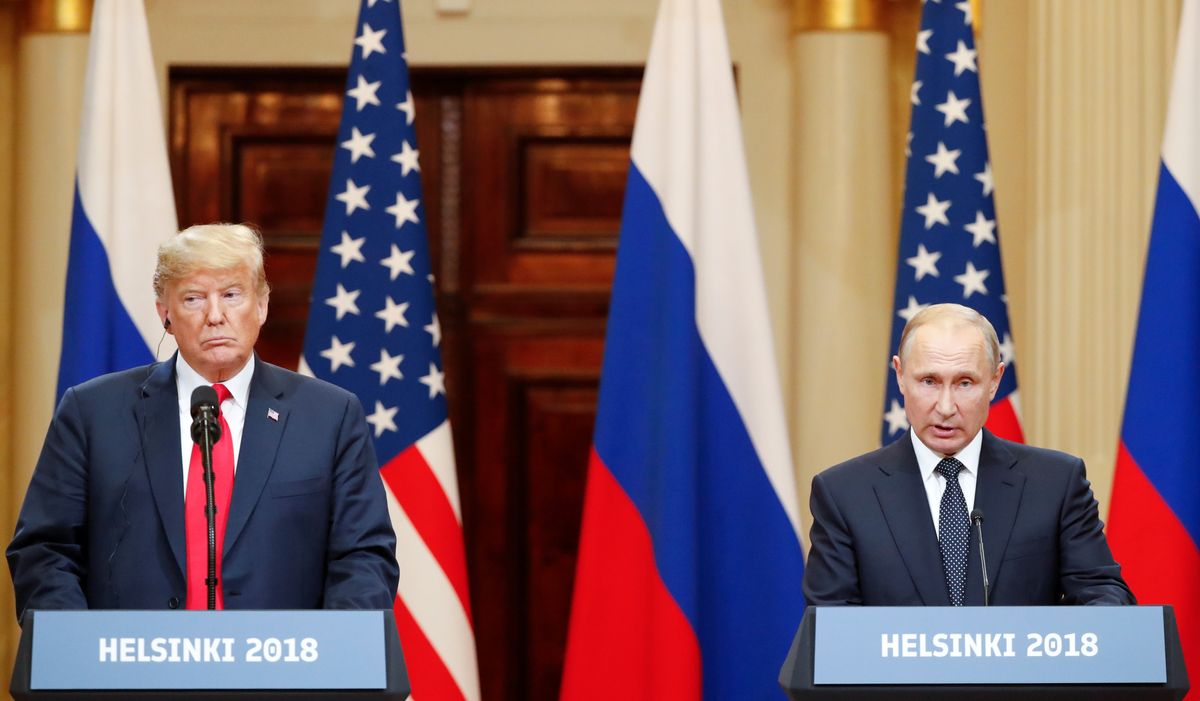 To be clear, Russian President Vladimir Putin didn’t actually leave yesterday’s extraordinary summit in Helsinki with much in the way of substance. US sanctions on Russia will remain firmly in place, and Congress could well impose more. US President Donald Trump made no public concessions on actual policy issues like the placement of NATO troops in Europe, nor did he accept the Russian annexation of Crimea, as he had earlier suggested he might.

But symbolically, Putin went home happy. Very, very happy. It’s useful to recall that since coming to power at the turn of the millennium, Putin has made it his mission to exorcise the geopolitical humiliations of the 1990s, to return Russia to a position of regional power and global respect. To, you might say, Make Russia Great Again.

Above all that has meant forcing the US to reckon with Russia as an equal on the world stage. To that end, Putin played a weak hand remarkably: perceiving US efforts to weaken his regional clout, his troops challenged US interests and red lines in Georgia, then in Ukraine, and ultimately in Syria. Meanwhile, his spooks worked to exacerbate the existing polarization of American politics as part of a project to, at the very least, weaken the example of US democracy.

Against that backdrop Trump gave Putin three gifts in Helsinki yesterday: first, by meeting with him at all, he signaled a retreat from the US policy of isolating the Kremlin, which has been in effect at least since Russia’s invasion of Crimea in 2014. Putin almost giddily declared as much in his interview with FOX after the summit.

Second, while it was difficult to foresee Trump making much of the election meddling issue – why would he undermine the legitimacy of an improbable electoral victory that he is still obsessed with recounting? – his abject trashing of his own Justice Department handed Putin a propaganda coup, further exacerbating precisely the crisis of legitimacy in American institutions that Russia’s president has sought to exploit.

Lastly, Trump enthusiastically accepted the Russian narrative of US responsibility for the deterioration of relations. Putin couldn’t help himself: in a metaphorical dig, he gave Trump a World Cup ball and said, literally, “the ball is in your court.”

But here’s the question: as Trump’s advisers sit down with their Russian counterparts to explore fresh cooperation on key issues like nuclear arms, Syria, Ukraine, or Iran – will Putin’s symbolic victory translate into substantive change?