You Get To Be Xi Jinping Visiting North Korea 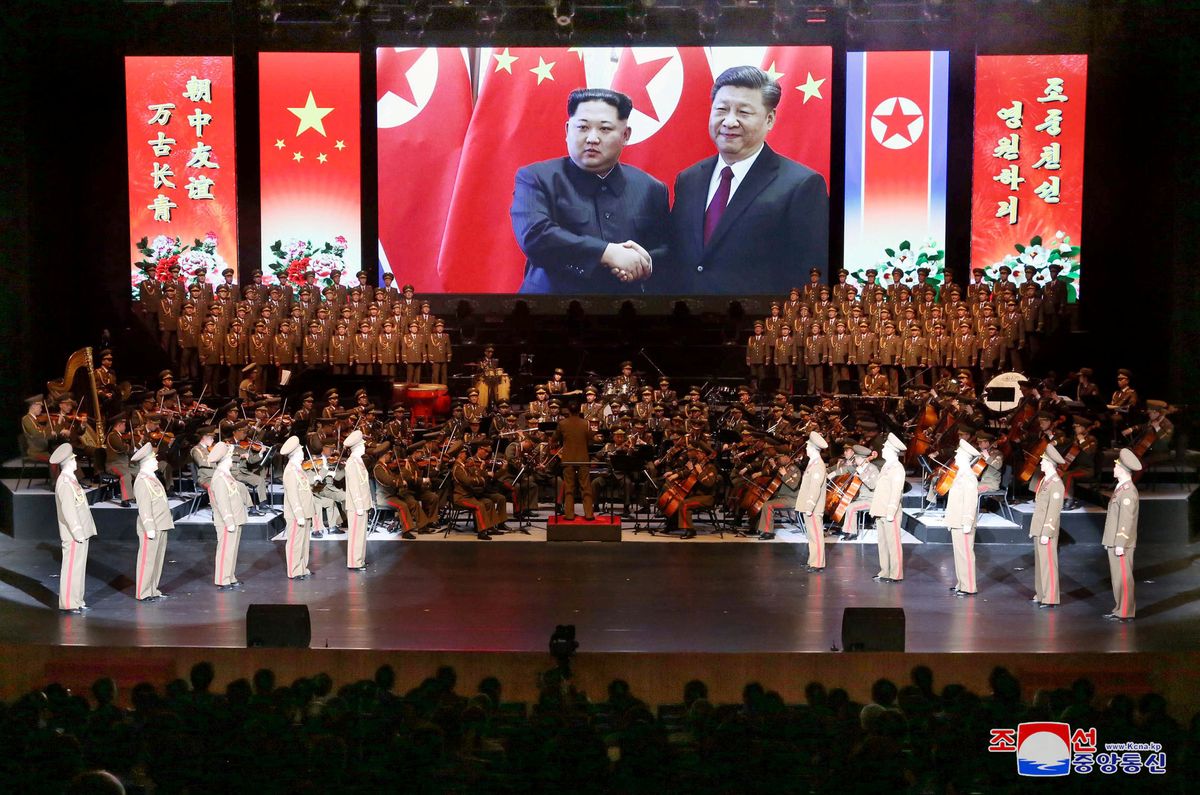 China's President Xi Jinping arrived Thursday in North Korea for a two-day visit, the first by a Chinese leader in more than a decade. The official reason is to celebrate the 70th anniversary of the two countries' diplomatic ties (together they fought the US and South Korea to a draw in the Korean war), but there are more pressing contemporary issues to address.

The US and China are locked in a deepening trade war, which US President Donald Trump and Mr. Xi are set to discuss on the sidelines of the G20 meeting in Japan next week.

North Korea is under fresh economic pressure as a poor harvest exacerbates the economic effects of harsh international sanctions.

Progress on the North Korean nuclear issue is stalled, after the second summit between Trump and Kim earlier this year in Vietnam ended in failure. The US wants Kim to significantly dismantle his nuclear program before seriously loosening sanctions, but Kim wants some relief sooner than that or no dice. Meanwhile, North Korea has gone back to its pastime of firing missiles into the sea, putting everyone in the region on edge.

Let's put you in their shoes: Here's what you are thinking, if you're …

Xi Jinping: You want to show that you still have the most clout in North Korea. China accounts for 90 percent of the North's trade, and you can do more than anyone else to alleviate the country's economic isolation. That means you've got leverage. So if Trump really wants a deal with North Korea, you reason, he ought to bear that in mind when you guys sit down to talk about the US-China trade war next week.

Kim Jong-Un: You rarely let foreign leaders into your house (this is just the second time since you've taken power) but a high-profile foreign engagement like this is a diplomatic boon for you, particularly when it's China. You ideally want a little more economic help from Beijing, but you don't want to be pushed too far towards fresh talks with the US. After all, you've got these nukes, and you mean to get something concrete and immediate in return for putting them on the table. If not, you're happy to keep firing short range missiles for a while if it comes to that. Trump seems cool with it.

Donald Trump: Would you go a little softer on China just to get a deal on North Korea? Tough one -- as you look towards 2020, hitting China hard can be a political winner. Plus you've got a direct line to Kim – those love letters! – making China's clout less relevant. You can probably live with the status quo on North Korea while you focus on putting – and keeping – China over a barrel. But then you pick up your phone and open Twitter and…

Related Articles Around the Web
Bank of America

Listen: Have you ever heard of Blue Zones? They're communities all around the globe—from Sardinia to Okinawa to Loma Linda, CA—where residents exceed the average human lifespan by years, and even decades. While they've been studied for the lessons we can learn about health, lifestyle, and environment, you don't have to live in a Blue Zone to experience increased longevity. It's happening everywhere. In fact, the number of people over 80 is expected to triple by 2050, reaching nearly half a billion. This episode of Living Beyond Borders focuses on the geopolitical and economic implications of an aging global population, how to make the most of new chapters in your life as you age, and what it all means for your money and the world around you.

Born in the ashes of World War II, the United Nations now marks its 75th anniversary amid another global crisis. But is the world ready to come together today as it did decades ago? Ian Bremmer offers a brief history of the organization, and some memorable moments from years gone by, as the UN's 193 member states gather virtually for the 2020 General Assembly.

How can business leaders approach budget planning for 2021 when the environment is so uncertain?

In short, I believe that the planning process for 2021 presents an opportunity to turn hard earned lessons from the COVID-19 pandemic. It's an enduring exercise that links strategy to value. Now, five steps are needed for this to happen.