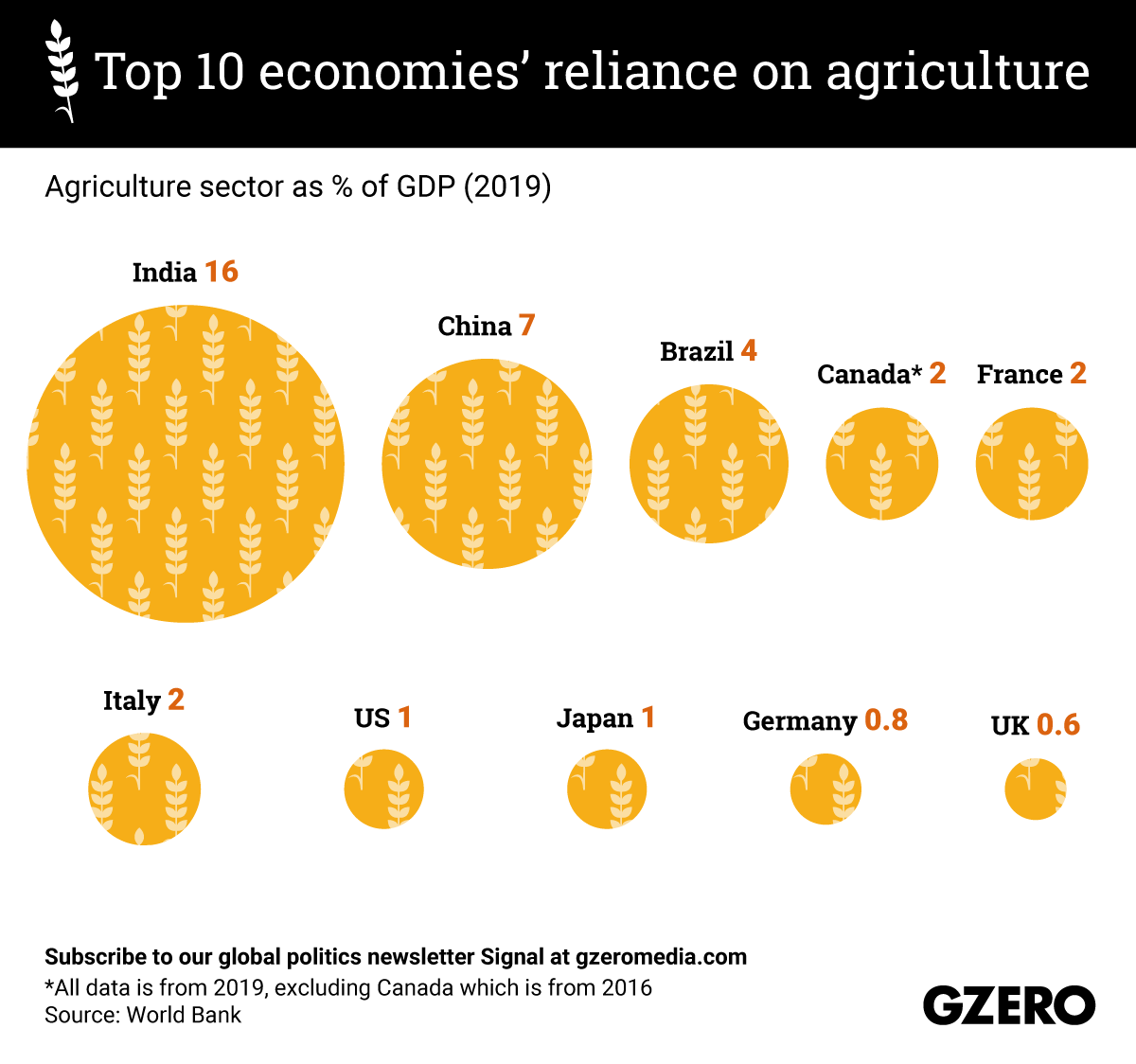 Right now tens of thousands of Indian farmers are protesting reforms that they say will rob them of their livelihoods. Their anger is relatable for people who work the land all around the world. Remember when British farmers used tractors to block milk distribution centers in protest of low milk prices? Or when Spanish farmers recently took their four-wheelers to the streets over regulations that slashed the cost of their fruit and vegetables? Farmers' ability to defend their interests depends on a lot of factors, but one important question is how much they contribute to the overall economy. In India, for example, farming still accounts for 16 percent of GDP, while agriculture is the primary source of income for nearly 60 percent of the population. Here's a snapshot of agriculture's share of some of the world's largest economies.

What is Coinbase and why is it such a big deal that it's going public?

Now, Coinbase runs the US's largest cryptocurrency exchange and holds tens of billions of dollars' worth of bitcoins. When it went public on Wednesday, it was the first major cryptocurrency company to do so.