Then and Now: Congo's hope, Khashoggi's murder, and the biggest trade deal ever 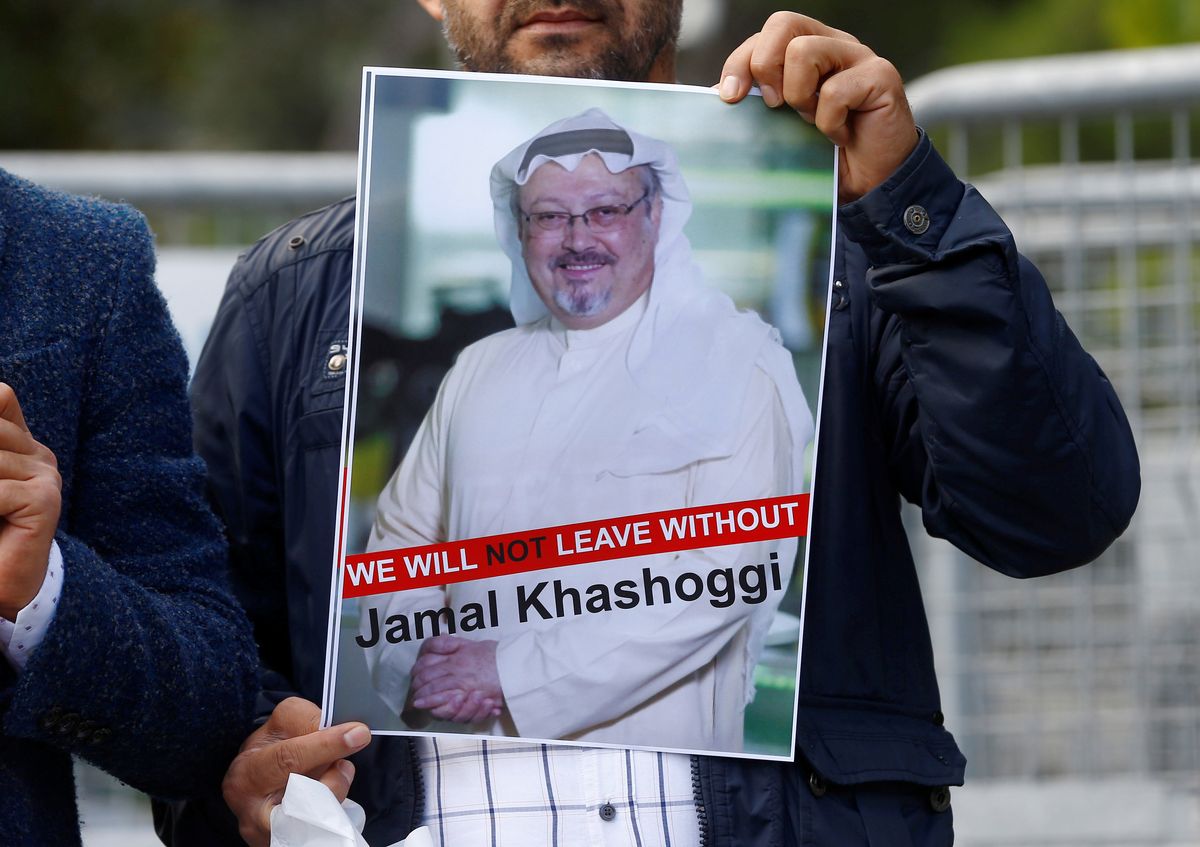 Back in July, we wrote about a historic trade deal between the EU and Mercosur, a Latin American trade bloc that includes Brazil, Argentina, Paraguay and Uruguay. The agreement, which took 20 years to hash out, removes most tariffs on EU exports and will open up Europe to more South American agricultural goods. Together, the EU and Mercosur countries are home to 720 million people and account for a quarter of global GDP. But the agreement, which still needs to be ratified by each country (that's 28 in Europe alone) was thrown into doubt after Brazilian President Jair Bolsonaro's flippant response to massive Amazon fires, prompting France's President Emmanuel Macron to threaten to block the deal unless Brazil improves its environmental standards. German environmental and political groups have also opposed the deal. But the biggest roadblock yet could come from Argentina, where leftwing protectionist Alberto Fernandez, the favorite to become Argentina's new president in elections later this month, has said the deal would be "disadvantageous for Argentina." Realistically, a trade deal billed as the largest in history could come crashing down fast.

Nine Months Ago – Is it the end of an era in the Democratic Republic of Congo?

Back in December, we discussed the rising expectations for a democratic transition in DRC as it headed to the ballot box for the first time since gaining independence in 1960. Felix Tshisekedi, the son of a long-time opposition leader, was declared the winner but speculation was rife that the elections were rigged, and that Tshisekedi had in fact reached a power-sharing agreement with outgoing president Joseph Kabila, who had ruled with an iron fist for two decades. At the time, we asked whether the DRC would get "the appearance of transformational change rather than the real thing." The answer so far is mixed. In a positive step, Tshisekedi pardoned 700 political prisoners – victims of Kabila's long standing crackdown on dissidents– and encouraged politicians in exile to return home. But the new president also nominated a Kabila loyalist to be his prime minister and stacked his cabinet with allies of the former strongman. Deep-seated government corruption, violence between warring militias, and an Ebola outbreak that the World Health Organization declared a "global health emergency" have taken a toll on the DRC, which has one of the world's lowest levels of GDP per capita. It's unreasonable to expect an overnight transition from decades of strongman rule to smoothly running democracy, but the jury's still out on whether Tshisekedi is really moving in the right direction.

The gruesome murder of Saudi dissident journalist Jamal Khashoggi, which the CIA and the UN believe involved Saudi Crown Prince Mohammed bin Salman, prompted a number of businesses and governments to reassess their relationships with the kingdom. Many large investors skipped Saudi Arabia's flagship investment conference several weeks later. Some European countries halted arms sales to the kingdom over the murder, as well as over Riyadh's grotesquely ineffective war in Yemen, which received fresh attention in the weeks after Khashoggi's killing. But in the US, congressional moves to cut military support for the kingdom have been vigorously rejected, and swiftly vetoed, by President Trump. Meanwhile, Saudi Arabia, which at first denied knowing anything about the killing, has since held a secretive trial of those it accuses of carrying it out. Abroad, Riyadh is working hard to patch up its image with help from lobbyists and Instagram influencers, and is looking forward to a more robust attendance at this year's "Davos in the Desert" investment conference later this month. A relationship as long-standing and strategic as the US-Saudi one was never going to change drastically, even over the spectacularly gruesome murder of a journalist. But a year on, it's hard to avoid the sense that Khashoggi's death, whatever light it threw on the increasing danger to journalists worldwide, was mostly in vain.