What Is Xi Worried About on Communist China's 70th Birthday? 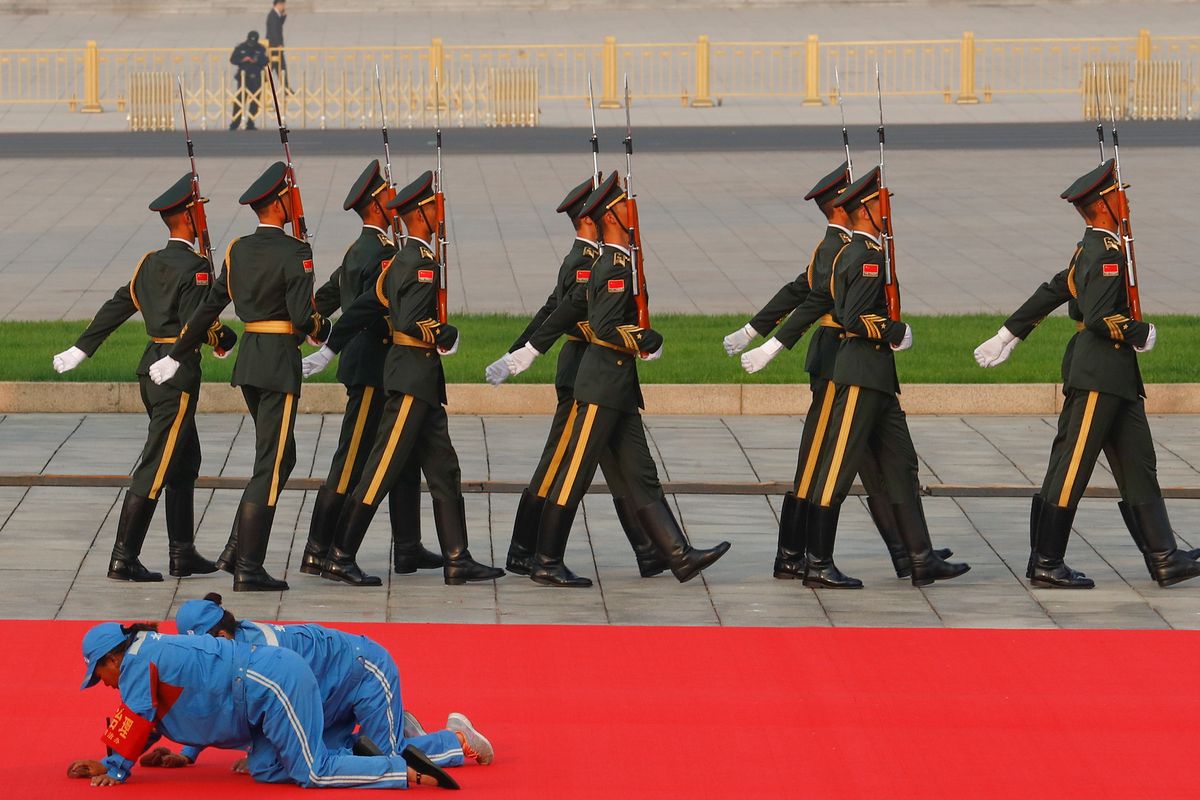 "We have stood up!" were communist leader Mao Zedong's words just days before he proclaimed the foundation of the People's Republic of China (PRC) 70 years ago this morning. Having won an unlikely victory over Western-backed nationalists in a brutal civil war, Mao's message was one of defiance, solidarity, and continued struggle.

Today Chinese president Xi Jinping will oversee a massive celebration of that moment, featuring tens of thousands of performers and troops, hundreds of tanks, planes and other military vehicles and even, it seems, a new nuclear weapon that can reach the US. The PRC's 70th is so politically sensitive that the authorities have choked off the internet in Beijing, ordered homing pigeons to stay in their coops, and replaced the usual TV soap operas with nationalistic historical dramas.

For Xi, it's an occasion to showcase China's tremendous achievement: this is a country that rose from poverty, war, and external subjugation to become the world's second largest economy, a leading force in science and technology, and a strong contender for 21st century superpower status. (He will, of course, omit the hideous suffering inflicted by Mao's Great Leap Forward and the social and political damage inflicted by the Cultural Revolution.)

But Xi, who has amassed more power than any leader since the "Great Helmsman" himself while bolstering the communist party's power over all aspects of life in China, is also keen to echo Mao's 1949 calls for unity and resilience as he braces the nation for potentially turbulent times ahead.

What's he up against?

The economy is sputtering. After bringing close to a billion people out of poverty since 1979, an economy that became the 20th century's "workshop to the world" is now expanding at its slowest pace in thirty years. That's not quite as bad as it sounds –but it's a looming challenge for a system where part of the deal with the population is: little political freedom, lots of growth.

Hong Kong and Taiwan aren't playing ball. The Hong Kong protests, now in their 15th week, are an explicit challenge to Beijing's authority over the territory. And the self-governing island of Taiwan, where pro-independence president Tsai-ing Wen is likely to win another term in January, isn't interested in being "reincorporated" into China, as Xi would like. That jars with Xi's vision of a unified China under firm control of the Communist Party.

A bigger global struggle awaits. The US-China trade war that's been capturing headlines since last year is only the opening salvo in what will be a broader global competition between Beijing and Washington for economic, technological and potentially even military supremacy. That is a struggle that will outlast both US President Donald Trump and Xi, and will help shape the next 70 years of the People's Republic.