Who wins and loses from Trump's new Syria policy? 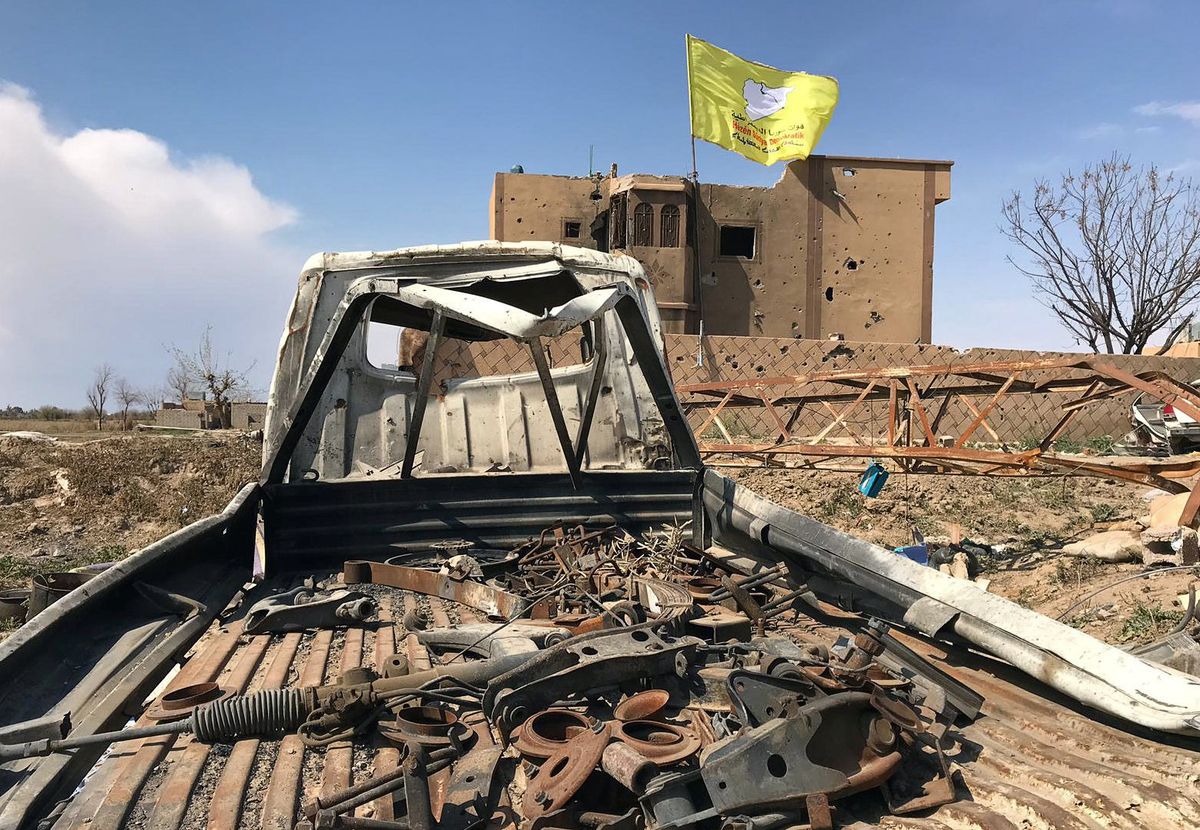 In a major and unexpected reversal of longstanding US policy, the White House has given Turkey a green light to send its forces into northern Syria, an area currently controlled by US-backed Kurdish militias who have been fighting ISIS. US troops are pulling back. Turkey is delighted. The Kurds are dismayed. Even ISIS might have something to smile about now. By Monday evening, Turkish forces had already waged attacks against American-backed Kurdish forces, which are part of the Syrian Democratic Forces (SDF).

Here's a rundown of what this means for the key players:

Turkey: Thrilled. President Recep Tayyip Erdogan wants two things here. First, to create a "safe zone" within Syria where he can send some of the increasingly unwelcome 3.6 million Syrian refugees currently living in Turkey. Second, to prevent Syrian Kurdish groups – whom Ankara considers terrorists linked to Kurdish militants inside Turkey – from being able to set up any kind of autonomous Kurdish polity in Syria that's right on Turkey's border. Now Erdogan gets to kill two birds with one invasion. But will he go further?

The Kurds: Ghosted. Few peoples in modern history have been as repeatedly and spectacularly betrayed by outside powers as the Kurds, the Middle East's largest ethnic group without an independent country. The 60,000 fighters of the Kurdish-led Syrian Democratic Forces (SDF) played a key role in the destruction of ISIS' worldly caliphate, and control of much of northwestern Syria. Now Washington is basically cutting them loose. As they prepare for an onslaught from Turkey, they'll doubtless look for alliances with other key power brokers – whether that's the Syrian government, which will want to push back against Turkish incursions, or the Russian and Iranian forces also active in the country.

US: Unmoved. Trump, who campaigned on disentangling the US from foreign wars, has been trying to get US troops out of Syria for months despite Pentagon concerns that this will open up a vacuum for other powers (such as Russia, Iran, or even ISIS) to fill. As he faces an impeachment inquiry at home, he seems even more fixated on making good on that campaign promise. While earlier US administrations have anguished over the fine line between support for Kurdish groups and the US relationship with Turkey, a NATO ally, Trump is far less conflicted about all of this, even as he comes under fire from some of his strongest Republican allies. Trump has made perfectly clear that he sees little strategic value in Syria. Removing US troops and throwing the problem into Turkey's hands is a win-win from his perspective.

ISIS: Freedom!? SDF-run prisons in Syria currently hold more than 10,000 ISIS fighters from Iraq and Syria, and about 2,500 from elsewhere in the world. If the SDF is at war with Turkey, these fighters might make an easy escape. The White House appears to be giving Ankara wide latitude to do what it wants with any ISIS detainees, but it's unclear what Turkey's plan is. It's worth noting that when former Defense Secretary Jim Mattis left his post last December, he and a host of Pentagon officials had cautioned about precisely the risk of ISIS fighters finding a path back to the battlefield.

Russia: It's too easy. Moscow has had its ups and downs with Turkey in recent years (since almost going to war several years ago they've cultivated a deepening relationship based on shared grievances with "the West"). But the Kremlin will be very pleased to see a scarcer US presence in Syria, the country that Vladimir Putin has made into the keystone of his strategy to reassert Russia's clout in the Middle East.