The Graphic Truth: How has COVID impacted global CO2 emissions? 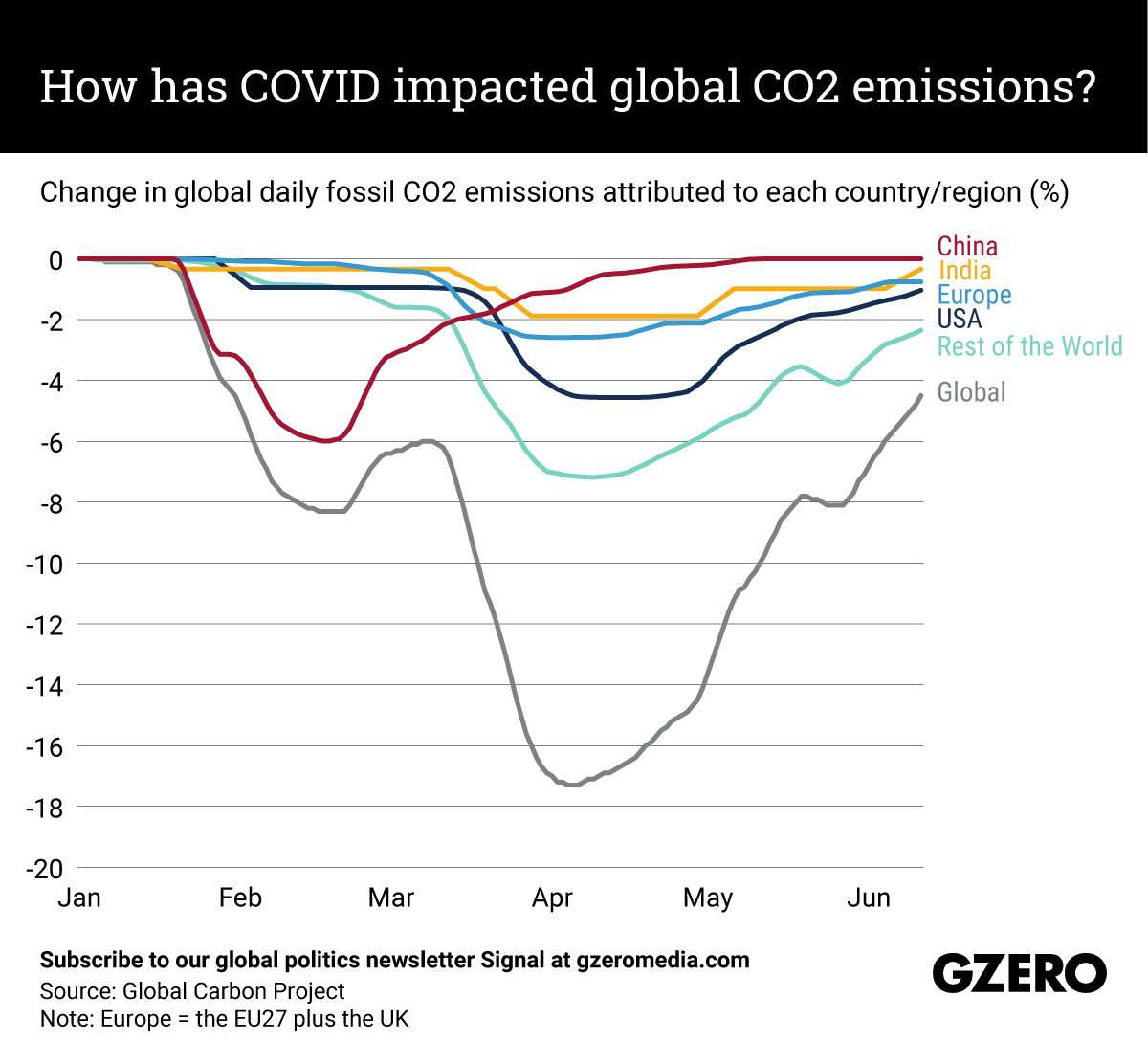 During the early months of the pandemic, scientists announced some rare good news in a hellish year: as energy demands fell because of stay-at-home policies, global carbon emissions plummeted. Some hoped the impact might be long lasting. But mere months later, as the pandemic recovery has picked up in many countries, greenhouse gas emissions have ramped up again, reaching pre-pandemic levels in many places. Here's a look at the amount of carbon dioxide produced in several regions and countries during the first six months of 2020.

About UsCareers PressContact Us Privacy PolicyTerms of Use
© 2020 GZERO Media. All Rights Reserved | A Eurasia Group media company.