Abe is out. What’s next for Japan? 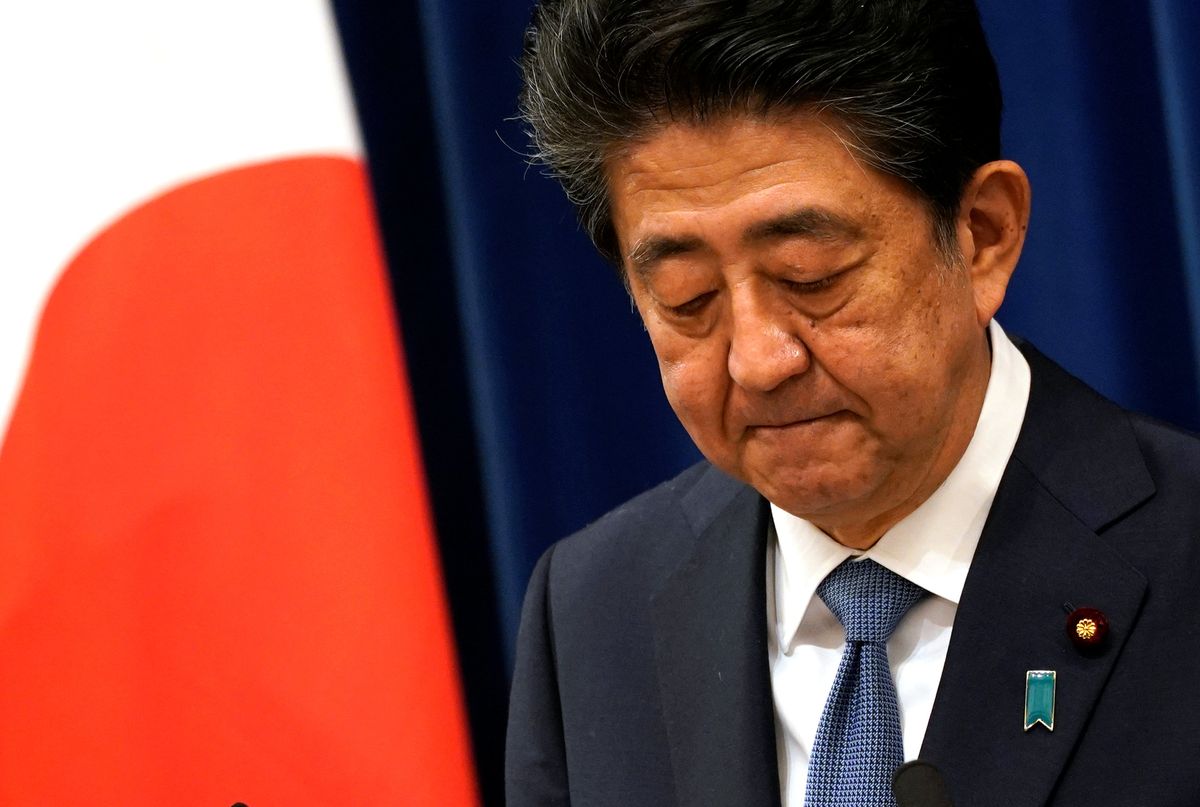 Shinzo Abe, Japan's longest-serving prime minister, announced last Friday that he would be stepping down due to ongoing health issues. His abrupt departure comes as the world's third largest economy finally regained what Abe perceived to be its rightful place in global affairs.

Whoever assumes the top job now will face tough challenges on both the foreign and domestic fronts. Here are the main issues.

Japan-US relations. Abe came into power for the second time in 2012 after a brief first term (2006-2007) with ambitious designs on a foreign policy that supports, but is not beholden to, the military alliance with the US.

In a recent interview with GZERO Media, Japanese journalist Junko Tanaka explained that Abe's pragmatic approach to Japan-US relations managed to keep ties stable even with Donald Trump in the White House. Abe reacted to Trump's 2016 election by quickly cultivating a personal relationship with him that has paid off handsomely for Abe: Japan has been spared the humiliation other countries suffered from the US president who often questions the merit of the US' military arrangements with allies such as South Korea and NATO.

China. Unlike many of his contemporaries — like for example, the UK's Boris Johnson, who first ignited Trump's wrath by backing China on Huawei 5G and then flip-flopped to appease the US — Abe was able to stay close to the US without provoking China. He embraced rules-based multilateralism to counter Beijing's increasingly aggressive foreign policy under Xi Jinping, but Tokyo stood its ground when China asserted its claim over the Senkaku (Daioyu) islands, and remained in the Trans-Pacific Partnership trade agreement (which excludes China, and the US walked away from under Trump)… while refusing to join the US-led condemnation of China's new security law for Hong Kong.

Japan's next prime minister will have to figure out how to follow Abe's playbook and keep walking the tightrope between Washington and Beijing. Maintaining close ties with Washington will likely be a priority no matter who wins the November election, but China will be a harder sell given that Abe's successor will lack his predecessor's stature when dealing with Xi, who may see in the power vacuum as an opening to become tougher on Japan.

Constitutional reform. Another existential decision for the future Japanese leader will be whether to follow through on Abe's quest to change the 1946 constitution — largely drafted by Washington during the post-war US occupation of Japan — to allow Japan to deploy its own defense forces abroad. Abe, an unabashed yet soft-spoken Japanese nationalist, spent much of his political capital trying to unshackle Japan from its self-imposed constitutional limits, but ultimately he was unable to muster sufficient support.

Economic stagnation. From the start, Abe set out to transform the Japanese economy. But eight years on, the results are mixed. Some of the ambitious economic reforms of so-called "Abenomics" — a three-pronged approach of monetary easing, fiscal stimulus and structural reforms to revitalize the Japanese economy after a two-decade slump — helped lift Japan from years of deflation, but growth remains sluggish.

Abe's successor has a tough job ahead on the economy: structural reforms are still lacking to address an aging population, with too many retirees and not enough women in the workplace. Female labor participation, which Abe vowed to increase to 30 percent by 2030, is now stuck at a dismal 8.7 percent in managerial positions.

COVID-19. Abe has also struggled with the response to the coronavirus. Popular support for his handling of the pandemic was the lowest among 23 world leaders in a recent poll, with many Japanese complaining that Abe waited too long to impose a lockdown. The economy is in dire straits, and it's still unclear whether the 2020 Tokyo Olympic Games — which Japan has already spent at least $12.6 billion on, and desperately needs to welcome back foreign investment and tourists — will be held next summer.

Finally, Abe's cabinet has been rocked in recent years by a series of scandals that have slowly but surely chipped away at his reputation, and could jeopardize the ruling Liberal Democratic Party's odds of securing a sufficient majority in Japan's next legislative election.

Bottom line. Shinzo Abe's legacy leaves a mixed record, and serious challenges ahead for his replacement. Will Japan's next leader deliver where Abe could not?
SHINZO ABE japan
Eni