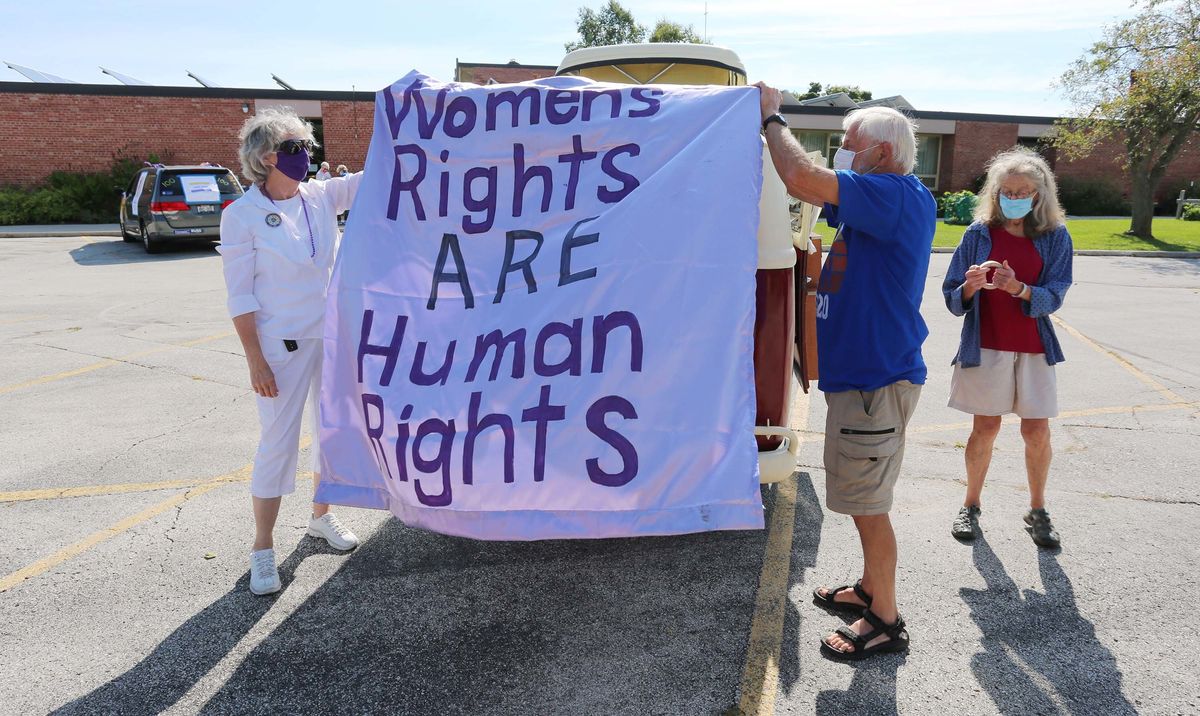 At the outset of the pandemic earlier this year, people in high places said that the coronavirus was shaping up to be the "great equalizer." But, in fact, the twin health and economic effects of the pandemic have been anything but equal. The poor have suffered and died more than the rich. Ethnic minorities in Europe and the US have borne the brunt. Pre-existing inequalities have been exposed, and deepened, by the disease.

Nowhere is that clearer than in the pandemic's disproportionate impact on women. What are the particular challenges for women in this crisis, and what does recovery look like for over half of the world's population?

Health impacts and inequality. One major impact of the lockdowns for millions of women and girls around the world has been to limit their access to reproductive and sexual health services, particularly in developing countries.

The United Nations Population Fund predicts that there could be as many as 7 million unintended pregnancies globally this year because of COVID-related lockdowns, as well as transport and personnel shortages that have made it impossible for many to access abortions and contraception over the past six months.

Consider that in India, for example, almost three quarters of abortions are for medical purposes up to 7 weeks gestation. Indeed, research already shows that millions of Indian and Nepalese women — particularly those living in rural areas — have been impeded from accessing crucial medical care.

This isn't just an issue in the developing world. Even before the pandemic, many women's healthcare needs in America went unmet because of a lack of access. And the issue is even more dire for women of color. Black women in the United States were 2-3 times more likely to die from pregnancy-related complications than white women, while infant mortality rates were also disproportionately high for non-white Americans.

Indeed, unequal access to quality healthcare for women in developed countries like the US and the UK has been further compounded by the pandemic, which has overwhelmed hospitals in many cities and exhausted medical supply chains.

First, at least 740 million women, 58 percent of the global female labor force, are employed in the "informal economy" — jobs that are not officially registered and therefore are mostly not eligible for benefits or social safety net provisions. (Nearly a fifth of all workers in the US have jobs in the informal sector.) This was the case back in March when the US Congress passed major relief measures — totaling more than $2 trillion — that did not extend adequate support for informal workers.

In low-income countries, meanwhile, a whopping 92 percent of women work in the informal sector. Clearly, the pandemic's economic burden disproportionately falls on women who are more likely to toil in the hard-hit informal and casual sectors.

Second, as a result of longstanding wage inequality and structural biases in recruitment, women were already at a disadvantage securing well-paying jobs and integrating into the workforce. Research shows that women also still shoulder the majority of unpaid domestic care work. That means that in places where schools and daycares were (or are) closed, childcare responsibilities have overwhelmingly fallen on women, preventing them from re-entering the workforce. There's precedent for this, too. Data shows that after the recent Ebola epidemic in Africa (2013-2016), women were disproportionately affected by job losses and took way longer to land steady jobs again after the crisis.

Gender-based violence: the shadow pandemic. While quarantines and lockdowns have helped curb the coronavirus' spread, they have also heightened the danger to women who live with abusive partners or family members.

In Colombia, for example, calls to domestic violence hotlines rose 90 percent after the government first called for mandatory lockdowns this past spring, while the EU said that domestic violence had risen by as much as 30 percent in some countries — a scourge the UN referred to as the "shadow pandemic," and a gross human rights violation.

Many observers fear that recent events will undo years of progress on mitigating gender-based violence, particularly in Latin America where protests against femicide (the killing of women) mobilized thousands of women earlier this year. It's within this context that Clare Wenham, a global-health policy expert, recently told The Atlantic that "the distorting effects of an epidemic can last for years," referring to the challenge of stopping the unraveling of decades of social progress.

Takeaway: Women, a majority of the world's population, are disproportionately affected by the pandemic. Without addressing that aspect of recovery, there cannot, in a meaningful sense, be a real recovery at all.